The Daily Nexus
Sports
UCSB Looks to Secure Third in Conf. Standings
May 26, 2016 at 5:10 am by Jorge Mercado

Coming off two solid comeback victories, the No. 19 UCSB baseball team will look to close out the season the right way as it hosts UCR in its final series of the season before the 64-team NCAA Tournament. 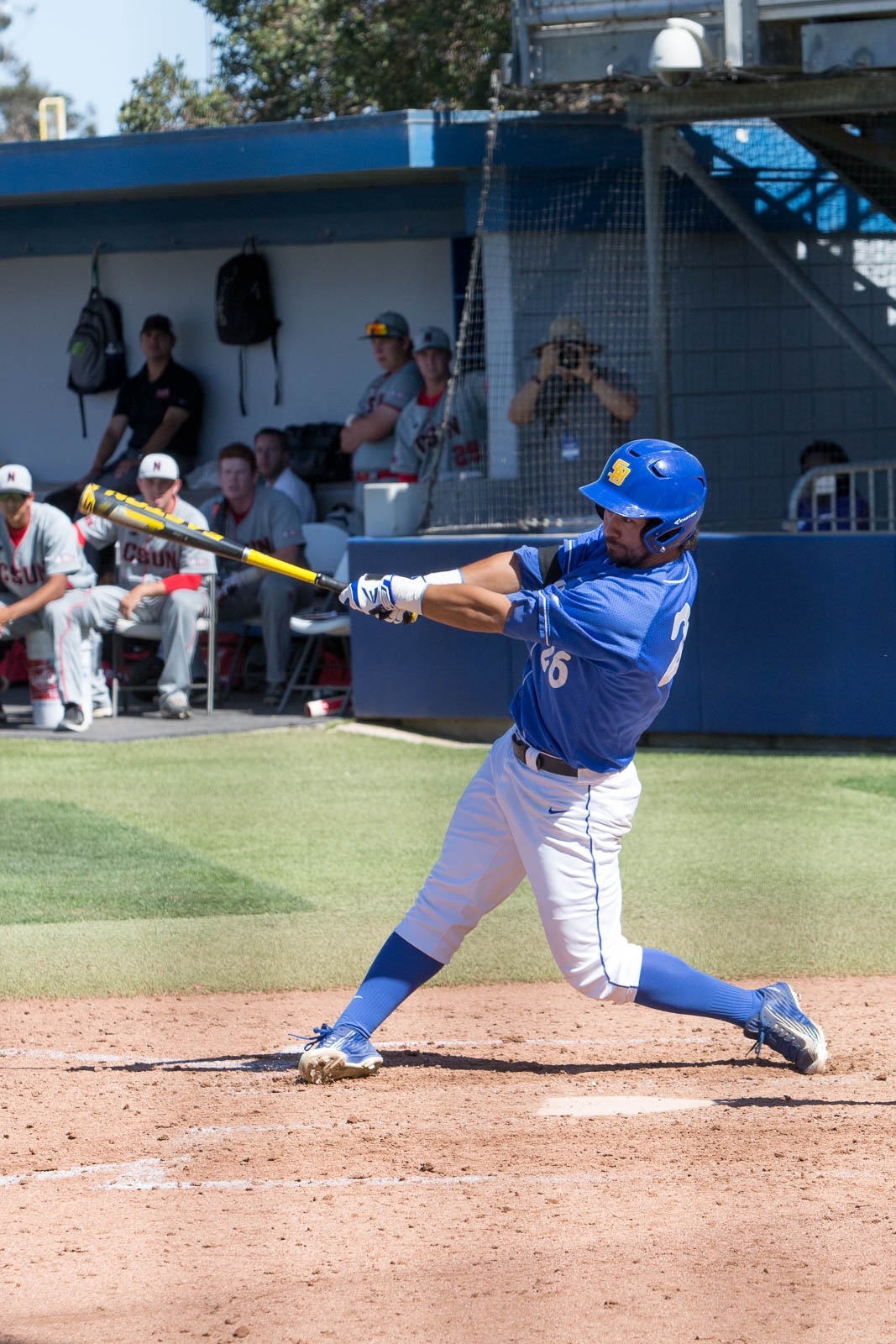 The Gauchos head into the final weekend boasting a 36-16-1 record, 12-9 Big West, and sit comfortably at third place in the conference. After dropping its home series against CSUF a couple of weekends ago,

Santa Barbara has won four of its last five matches including a strong series win at UC Irvine this past weekend.

The Highlanders head into their last series of the season with a 24-28 overall record and a 10-11 conference standing, which places them in a three-way tie for fifth place.

For the Gauchos, clinching a series win over UCR in their final weekend would seal at the very least a third-place finish in the conference, giving them a strong chance to make the postseason thanks to their solid overall record and their great Rating Percentage Index (RPI) ranking. RPI is used to rank sports teams based upon a team’s wins and losses and its strength of schedule, which currently stands at 19, the best of any team on the West Coast.

For the Highlanders, this weekend will be their last regardless of the outcome. Although they have won series over quality opponents such as LBSU and Cal Poly, they have not been consistent enough to be a great team. UCR has lost six of seven matches twice this season.

One player the Gauchos need to watch out for is junior outfielder Vince Fernandez, who was recently named Big West Player of the Week for his performance this past weekend in which he batted 10-19 (.526), scored six runs and batted in six over the course of four games.

UCSB will look to counter with strong hitters of their own such as sophomore first baseman Austin Bush who leads the team in RBI (43) and home runs (7). When its hitting is on point, Santa Barbara looks nearly unstoppable. In the 20 games this season UCSB has gotten at least 10 hits; it has been able to come away with victories in 17 of those occasions.

The Gauchos will also look to take advantage of the fact they are at home since they have scored 166 runs at home this season compared to 94 on the road. They also bat and get on base 60 points better at home while also pitching an ERA of 3.70 at home, which is much better compared to 4.49. It also helps that they are currently 23-4 at home as opposed to 10-12-1 on the road.

Crunch time has finally arrived for the No. 19 team in the country and now is the time to put up or shut up. Although it will be another year without celebrating a Big West championship, Santa Barbara has accomplished a lot this season and it would be a shame if it blew its opportunity to make consecutive NCAA regionals because it decided not to show up in the final weekend of the regular season.

The season has come down to the final weekend and it will be interesting to see which Gaucho team shows up: the young, inexperienced one, or the one that is ready to prove all the doubters wrong.

A version of this article appeared on page 9 of May 26, 2016’s print edition of the Daily Nexus.