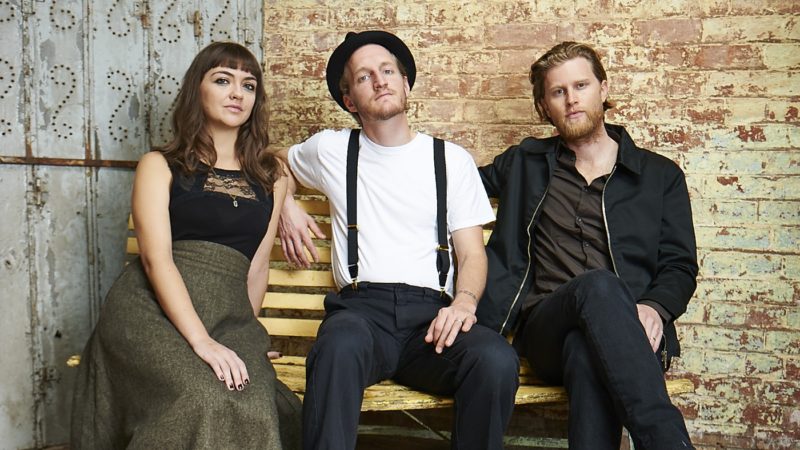 If you are one of the few people that still uses online radio streaming like Pandora, you will more than likely come across a station called “Indie Folk.” On this station, you’ll hear a smattering of bands that create just that: music from an indie template that heavily relies on folk sensibilities. Admittedly, the peak of indie folk has passed, but I still find myself gravitating toward the music of The Lumineers, the three-piece at the helm of the genre.

The band was formed in New Jersey, where lead singer Wesley Shultz and drummer Jeremiah Fraites first bonded over music through loss. In 2002, Fraites’ brother Josh, who was Shultz’s best friend since childhood, died of a drug overdose. The two quickly decided to do music full-time and spent seven years schlepping their way around New York City’s open mic nights. However, success proved difficult to find in New York, and the band decided to relocate to Colorado. When they arrived, the duo posted a Craigslist ad for a string instrumentalist and met classically trained cellist Neyla Pekarek, who completed the band’s permanent lineup. Soon after, they signed a record deal and were slated to record their first album the next year. The self-titled debut was released in 2012, and the single “Ho Hey” immediately topped the charts. The jangly guitars, declarations of love and bombastic shouts of the nearly inescapable track were the perfect catalyst for an indie folk revival.

Cleopatra, the three piece’s sophomore effort, is centered around a more mature sound. It was penned over the course of six months in a house the band rented in Denver. However, it stays true to their confessional-narrative style of songwriting. The Lumineers decided to take a quiet approach to the album after the dizzying amount of fame they achieved following their first album. Two months ago they released a piano-driven track, “Ophelia,” to little fanfare. The mid-tempo single does not sonically stray too far from their previous songs, but lyrically Shultz alludes to his disillusionment with fame. Following the tone set by “Ophelia,” the rest of the album is notably insular, but the band uses this to their advantage, creating a world of strong women and long journeys to live in for 45 minutes.

Predictably, folk purists consider indie folk a non-genre, but the music is for people that appreciate the crossover qualities that exist in virtually every modern act. The Lumineers began the same way that many folk pioneers did: young and world-wise. More importantly, they believe in their music with the same relentless energy, which is the reason they can exist on the same playlist as Bob Dylan or Joni Mitchell. The Lumineers translate the passion of their music into one of the most emotional, genuine shows a band could put on.

The Lumineers play at Santa Barbara Bowl on May 28th.