Doc Rivers has said that he wants to bring the gang back together for one more season, though whether or not he’ll actually do that is anybody’s guess.

Despite the chemistry issues Blake Griffin created this season — hope that punch was worth it, Blake — and the possibility that he never play at a top-10 level again, the former No.1 overall pick’s trade value is simply too low right now to move him.

Unless someone is out there with a solid offer for Griffin, after being hurt for the majority of this season, the Clippers are best suited bringing him back and rehabbing his image around the league before possibly looking to move him in February.

Chris Paul had another spectacular season, playing like a top-five player all year and carrying a depleted roster to 50 wins. Though his athleticism is bound to wane more drastically at some point, Paul’s brilliant floor vision and constantly improving three-point shot will allow him to age well.

CP3 probably has at least one more year of “Point-God” left in him, making him almost un-tradable. If the Cavaliers come calling with Kyrie Irving and Iman Shumpert it might take 15 seconds for Doc to hang up, but it’s hard to see him having the guts to trade one of the league’s true superstars.

That leaves DeAndre Jordan who seems like too much of a defensive stalwart to be moved. Trading someone with obvious holes in their game like Jordan seems enticing until one looks at the market and realizes that there are a handful of guys in the league who can defend, rebound and dunk everything in sight. 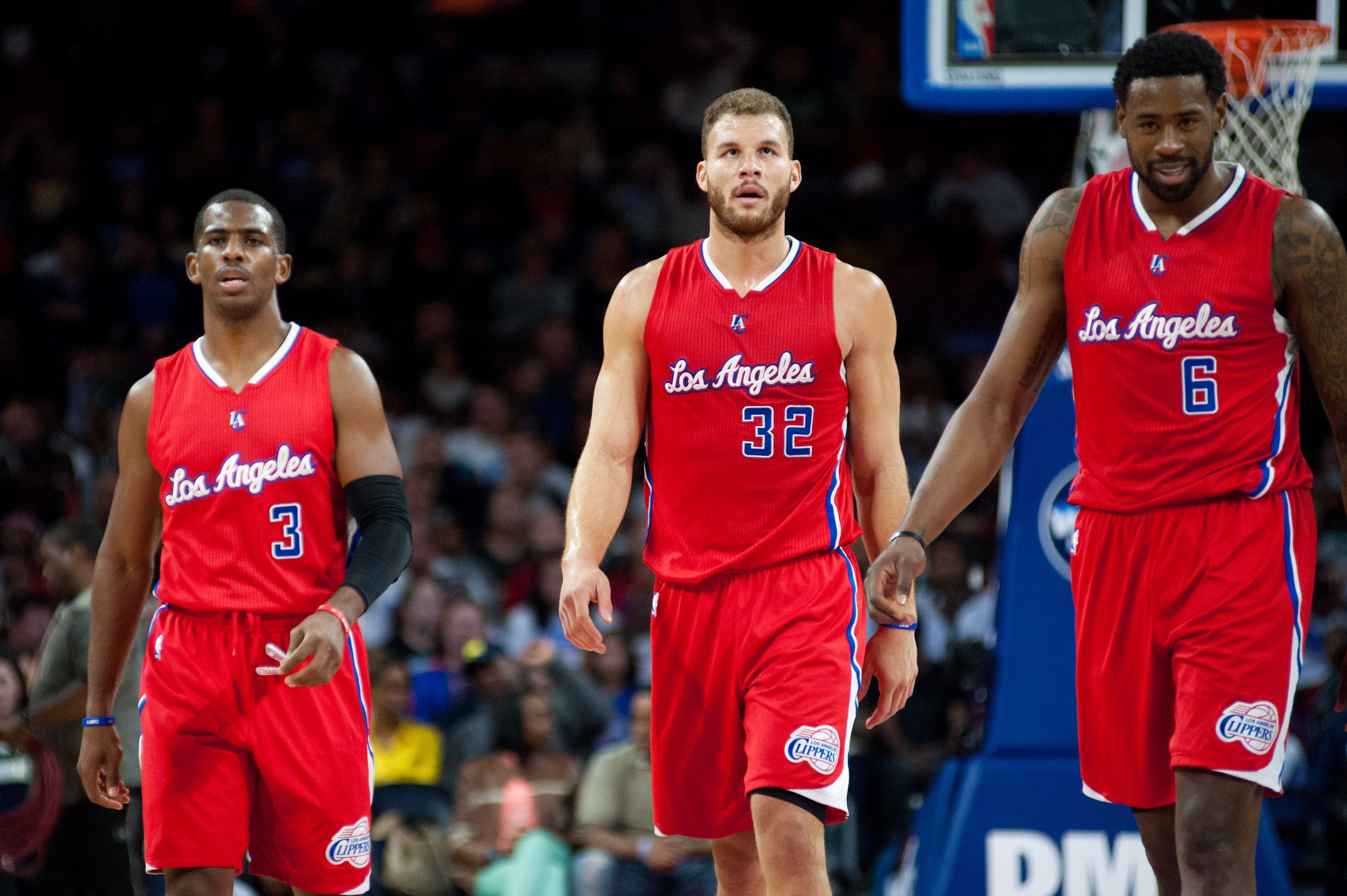 With no obvious out, it forces Doc to keep the trio together, though they’ll be strapped for cash with few avenues to improve.

The Clippers will have around $10 million in cap room before factoring in new contracts for Austin Rivers, Jamal Crawford or Jeff Green should he choose to return.

It is here where trading Paul or DeAndre for a large haul of younger talent seems enticing, but Doc Rivers has not shown that he is a forward thinking GM, and will almost surely take a very short-term approach when adjusting the roster this summer.

The Clippers have their own first round pick and will get the third pick in the second round as part of a pick swap with the Brooklyn Nets. Nailing those two picks with guys who can contribute sooner than later will be tough, but if the front office can pull it off, that’s probably their best route to quickly and cheaply improve the rotation.

Cole Aldrich and Wesley Johnson are probably gone, leaving what was supposed to be a reinvigorated bench again depleted.

If the big three can stay healthy, though, the Clippers will challenge the Spurs, and if Durant leaves, they could easily jump to the third best team in the conference.

If everything goes right, health breaks their way, Paul has another top-five season, Blake is fully back, DeAndre takes another step, they get solid contributions from their bench and rookies, then yes, they could meet the Warriors in the conference finals. But, man, that is not a lot of variance.

The Clippers have a shot next year, but it’s minuscule and based off of a million things totally out of their control. This isn’t the Warriors in 2013-14, failing to play to their potential; the Clippers has been a consistently excellent team that doesn’t have the top-to-bottom greatness it takes to come out of the Western Conference playoffs.

If they want 50 wins, the potential of a fun April and consistent basketball, Doc Rivers and company should feel comfortable bringing back the cavalry for one more go around; who knows, maybe this is the year that everything breaks their way.

This has been the story every year since Chris Paul got to L.A., though, and sooner or later, the Clippers must come to realize that the consequences of bringing back the gang one too many times will result in Paul leaving and them getting nothing in return.

While this summer might not be the time to strike, the clock is about to hit midnight with Paul’s 2017 free agency approaching, and unless the team is clicking at a high level to start the season, the Clippers should be active in salvaging what has been a failed championship contender.