The UCSB softball team finished its season this past weekend with a 28-28 overall and 11-10 Big West record. This earned the Gauchos the fourth seed in Big West standings, however, they will not be participating in the NCAA Tournament.

In spite of not earning a bid to participate in postseason play, the Gauchos did land a host of players on the Big West All-Conference teams. Earning her second First Team conference selection, junior outfielder Kristen Clark was UCSB only player on the top team. 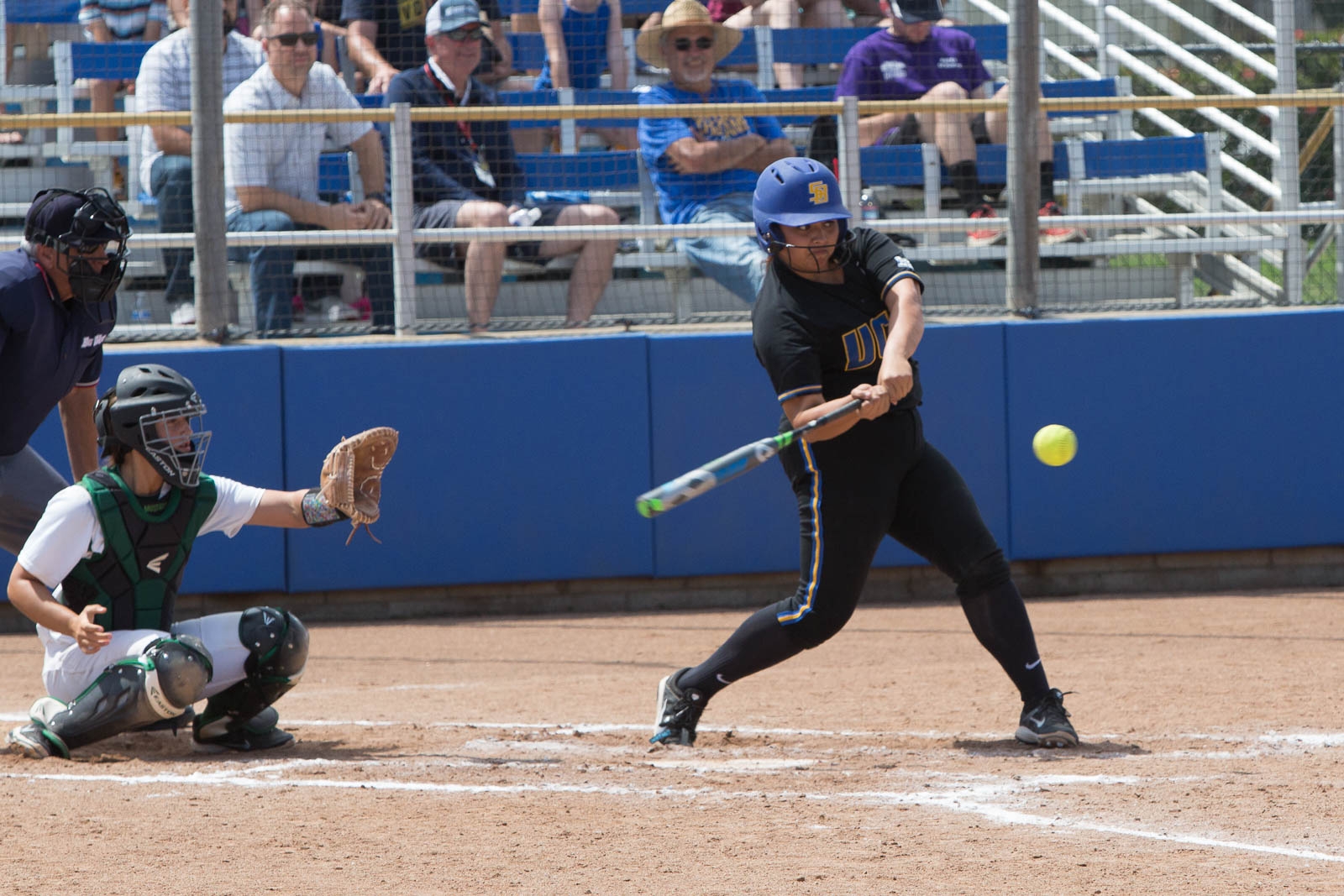 Santa Barbara finished with a program-best 460 hits and batting average of .302. Complementing these school records were 25 home runs and 256 RBIs in the team’s 56 game schedule. The longest winning streak the Gauchos managed to attain throughout the season was over the span of four games during their non-conference schedule which began at the Stacy Winsberg Invitational. In addition, on four separate occasions the Gauchos achieved a three-game winning streak.

Over the course of the season, the Gauchos had both impressive collective performances as a team and from individual players. The young, raw talent this team possessed managed to contribute to multiple victories this season and formed a foundation that will continue to benefit the team for years to come.

Various players on the team emerged with admirable performances throughout the year. Senior infielder Arianna Palomares had a great end to her softball career ranking second in totals of 30 runs scored, 37 RBIs, 55 hits and 10 doubles which tied sophomore Jessica Johnston as a team-high.

While batting third in the Gaucho lineup, she delivered clutch hits all year long and showed durability by playing in all 56 games and leading the team in at-bats with 180.  By the end of the season, Palomares had a .363 on base percentage, a .411 slugging percentage and a .306 batting average.

Fortunately for UCSB, junior outfielder Kristen Clark will return for one more season, as she has been a valuable asset and leadoff hitter on this team since her freshman year. Clark made big improvements this season, earning multiple team highs and personal records of her own. Clark excelled with an outstanding .402 batting average for third best in the Big West, finished with an incredible .457 on base percentage and a .447 slugging percentage. Hitting atop the Gaucho lineup, Clark also led the team with 41 runs, 72 hits and 17 stolen bases.

Freshman infielder Sierra Altmeyer played at a veteran level in her first season as a Gaucho, tallying a team high 42 RBIs to rank third in conference play, and performed best when under pressure. Altmeyer had a team high 12 doubles and seven home runs while scoring 20 runs, and led the team with 20 extra base hits. Often batting cleanup, she finished the season with a whopping .500 slugging percentage, a .297 batting average and drew 22 walks to lead the team alongside Johnston.

Aside from tying for the team lead in walk, sophomore outfielder Jessica Johnston had an overall stellar year, and should be a force in the heart of the Gaucho lineup for years to come. She finished with a solid .322 batting average and a commanding .418 on-base percentage, both good for second on the team.

The second year player also led the team with three triples, was second with six stolen bases and had 14 extra base hits. As stepping into the batter’s box is a risk each time, Altmeyer constantly displayed her grit and determination when facing pitchers despite being hit by a pitch seven times this season.

Another key component to the Gauchos’ lineup was junior infielder Emily Brucelas, playing in all 56 games and ranking second on the team with five homeruns. She registered 50 hits, 13 extra base hits and 26 RBIs this year while scoring 27 runs.

Also contributing was freshman infielder Melanie Menor with 47 hits on the year, none bigger than the clutch two-out home run she delivered against Fullerton to give the Gauchos the lead and the win on the last day of the season.

Senior starting pitcher Ashley Ludlow had an outstanding year to close out her collegiate career, oftentimes putting the team on her back when they needed it most. Ludlow managed a stellar ERA of 2.87. She collected 10 wins on the season, pitching 41 games and tallied an impressive 157 strikeouts in 178.1 innings pitched.

Freshman pitcher Veronika Gulvin also found her place on the team earning eight wins this season while pitching 113.1 innings in 35 games with a 3.52 ERA.  She showed up on the mound in crucial times, striking out 62 hitters. Gulvin was reliable in the pitching rotation, and also provided a dependable go-to arm when senior starter Ashley Ludlow needed relief.

The Gauchos have many things to be proud of this season. For the first time in four years, UCSB swept rival Cal Poly and went 3-0 against UC Davis. As a team, the Gauchos scored 246 runs, had a .370 on base percentage and a .397 slugging percentage.

With most of its roster returning, there is no doubt that this team has a bright future ahead.