The Daily Nexus
News
Interview with Man Who Helped UCSB Student After Attempted Suicide
May 19, 2016 at 8:26 pm by Supriya Yelimeli 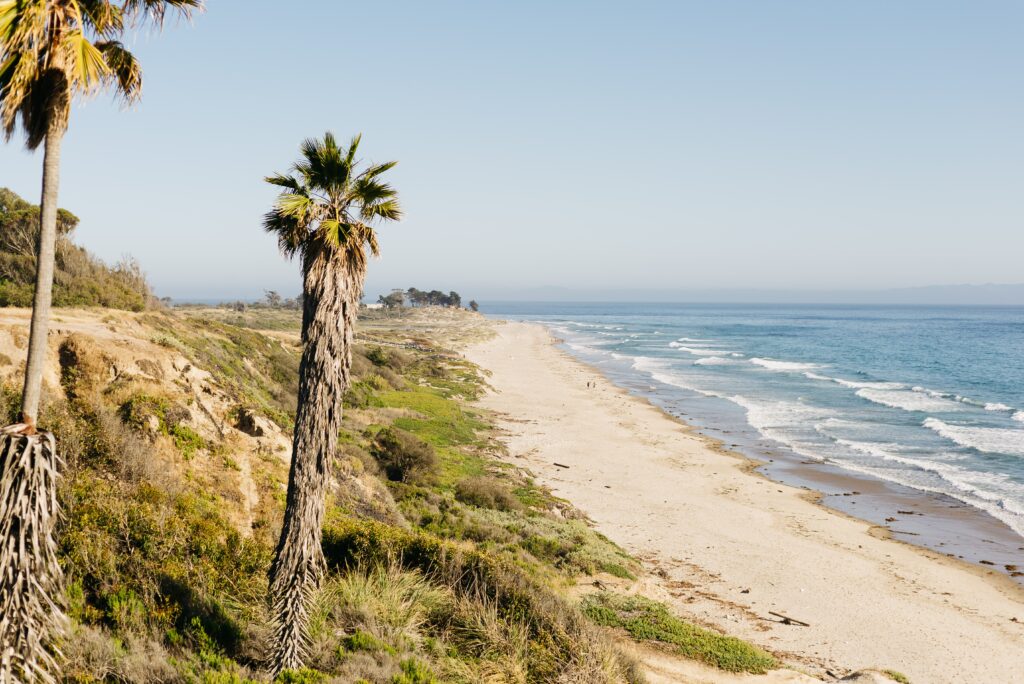 Santa Barbara resident Jeffrey Brown was biking on his usual route from Hope Ranch to the Bacara Resort when a woman flagged him down for help at the western end of Ellwood Bluffs, asking if he had a knife.

She directed him toward a Eucalyptus grove, where a man was hanging from a rope tied to a tree, with his feet approximately three feet from the ground.

Brown immediately hoisted the unconscious man onto his shoulders and split the rope with his knife, trying to cushion the falling man.

He then laid the man down on the ground and administered CPR for 10 minutes, alternating with the woman’s husband. Brown sells medical supplies for a living and said he has been through first-aid training and CPR classes several times.

“He was warm, really warm,” Brown said. “He couldn’t have been there longer than, I’d say, a few minutes.”

After about 20 minutes, the 911 dispatcher who had been on the phone with the woman told the two men to cease administering CPR, according to Brown. “I wish now that I had been on CPR longer, but when the 911 person tells you to stop, you stop,” he said. 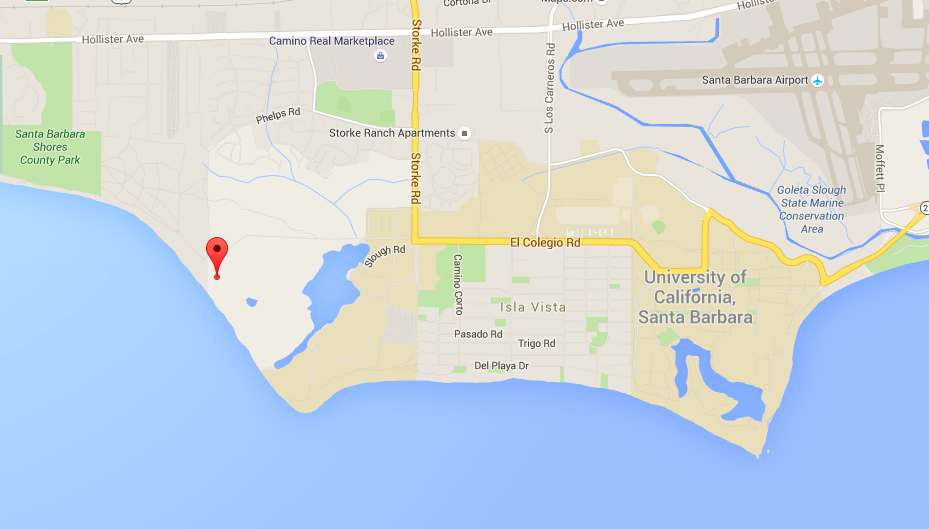 Brown and the family found the UCSB student on the western end of Ellwood Bluffs. Google Maps

The family initially found the man near the old Venoco station in Ellwood oilfield. The location is a common walking area, and Brown said a passerby would have found the student soon after the incident if Brown and the family had not been there.

Due to the off-road location, however, Brown said emergency services were not able to arrive at the scene until 20 minutes after the two men first performed CPR. When the emergency medical technicians arrived, Brown said they administered CPR with oxygen tanks and defibrillated the man four to five times.

“The EMT’s kicked butt when they got there … it took too long, it wasn’t their fault, but it took too long,” Brown said. “When they left, he had a very weak pulse, they said, and that’s the last I heard from them.”

The UCSB student, whose name has not yet been released, was transported to a hospital yesterday in critical condition, according to Kelly Hoover, a Santa Barbara Sherrif’s Office spokesperson.

The student underwent infectious disease testing after receiving mouth-to-mouth resuscitation. Brown said he called the Goleta Valley Cottage Hospital for the test results a few hours after the incident and asked a woman about the student’s condition.

“He’s still on the board,” Brown recalls a woman saying. “Which was, I think, her way of letting me know that he was still alive. That’s what I took from it.”

Brown returned to the location to process the incident on Thursday, saying that it was difficult to believe what he had seen the previous day. Brown said he was “taken aback” to see that part of the rope which he had cut was still hanging from the tree.

In his line of work, Brown said he has delivered medical supplies to many senior citizens who are nearing the end of their lives.

“I’ve seen a lot of deceased people, but they’re usually 90 years old and hooked up to oxygen,” Brown said. “This is the first time I’ve run into someone that was young and vibrant and looked like I did thirty years ago.”

If you have immediate concerns about someone’s life or safety, please call 911.

[Update May 20, 2:09 p.m. : The headline has been updated to remove the word “exclusive” and reflect the current condition of the student.]

Not sure about the use of “exclusive” here, toeing the line with commodifying someone else’s experience and tragedy. Thanks for giving some more info on the situation though

Not everyone handles tragedy the same as you. Maybe it’s easier for some to tell an experience using a little humor rather than sob about it.

But hey you go ahead and criticize the guy that gave CPR for ten minutes while you type on your keyboard and eat ding dongs.

Carlos I’m pretty sure the first comment is addressing the author of this article because they are referring to this traumatic incident (for both the student and Brown) as an “exclusive interview”. It was poor choice of words and making it more “appealing” to the audience which honestly it’s only disrespectful.

OP here, not expecting others to handle tragedy the same way I do. That is the whole reason I questioned the use of “exclusive” as well. I also have experience in journalism, and as you can see in my original post I thanked the author and The Daily Nexus for giving the community updates on the situation. There was never even a reference to the individual that was interviewed for this article. My comment wasn’t on the reporting of a tragedy, it was about word choice. The fact that a news source has an “exclusive” on a situation such as… Read more »

read to me like you you were saying that Jeffrey was commodifying the experience from the person that actually gave him CPR. Not the author.

Wording mistake on my part. I sincerely apologize if that’s how it came across, and I have nothing but the utmost respect and gratitude for the strength it took for Jeffery and the EMts to do what they did

I see no problem. Exclusive interview with X can apply to anything. “Commodifying someone else’s experience” – LOL what do you think journalism is.

The only saving that was done was by the EMT’s. They were fantastic, amazing selfless people. My self and the others were just in the right place and tried to help as best we could.

Thank you! The students at UCSB are so saddened by his loss! Thank you for your attempt in saving him!

Thank you Jeffrey Brown! Sadly, not the first time this has happened… early 90’s near the IV school, a Devereux school resident, in a Euc there.

If suicide tempts you, please reach out… a good perspective is that suicide is a permanent solution to a temporary problem.

He passed away last evening. Pray for the family.

Horrible and heartbreaking. Peace to the whole family.

I am a close friend of this young man’s family and disturbed that a “dispatcher” would instruct anyone to stop CPR! They never should have advised someone to stop CPR unless there’s only 1 rescuer and you absolutely can’t continue due to fatigue. I feel sorry for those who did cease CPR as now they will always wonder…”what if”?

From the button of our hearts we fell sad for te tragedy !!!

My wife and father in law were the family that found this young man , from the button of our hart we felt sad !!

My wife and my father in law were the family that found the student , from the button of our hearts we fell sad !!!

Your wife is a great and strong woman and she was cool during the whole situation. You’re a lucky man Adrian.