The Daily Nexus
Science & Tech
Cancer Research To Improve Pregnancy Medication
May 19, 2016 at 12:34 am by Karan Maitra 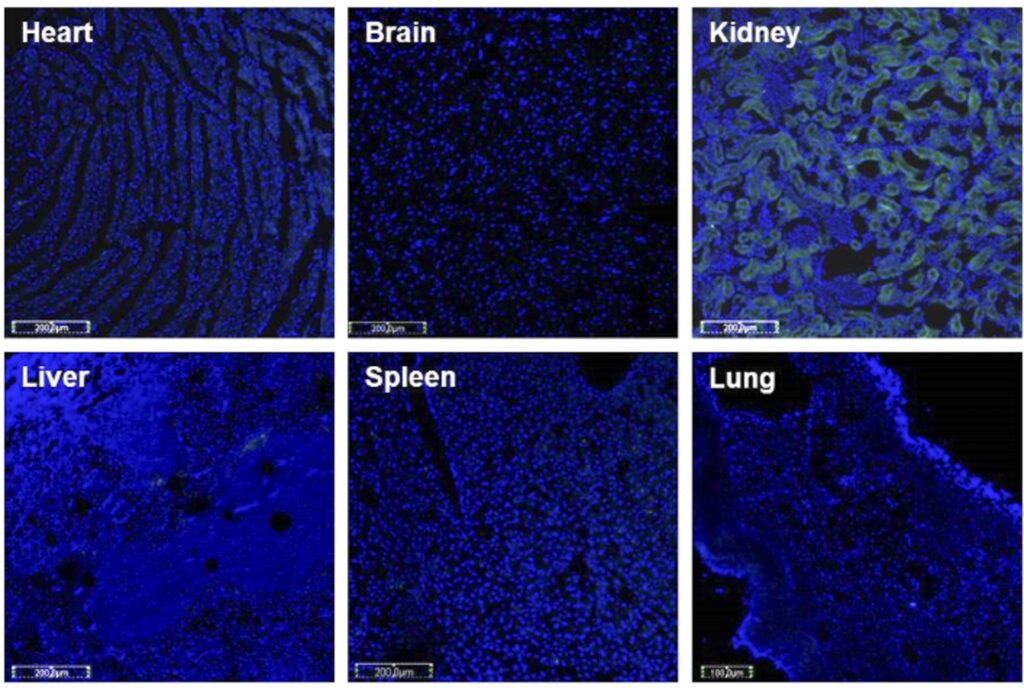 The team injected synthetic peptides into the tail vein of pregnant mice. Upon observation, they noticed that the peptides did not accumulate in any of the organs displayed above. Courtesy of advances.sciencemag.org

A UCSB professor is working with researchers internationally to create a drug that will assist in pregnancy placenta complications; the drug’s similarities to drugs used as cancer medication are surprisingly comparable.

In the last 20 years, only three new drugs have been licensed to use for pregnancies, two of which are used post-delivery. In terms of healthcare and medication, pregnant women are seen as high risk, as a drug’s focus must be on the placenta and avoid interaction with maternal and fetal tissue to be considered relatively safe.

Erkki Ruoslahti, an adjunct professor at UCSB’s Center for Nanomedicine and Department of Molecular, Cellular and Developmental Biology, is working with researchers abroad to devise a form of drug delivery similar to that used in cancer medication. The method was developed to treat tumors with chemotherapy and focus the drug interactions with only tumorous growths.

The cancer drug targets tumors in a similar way a pregnancy drug should target the placenta.

“Our findings emphasize the similarities between placentas and tumors,” Ruoslahti said. “We envision that this technology could be clinically used to provide the first treatments for a poorly functioning placenta while simultaneously mitigating the risks associated with administration of drugs in pregnancy.”

Statistically, more than 10 percent of pregnant women develop serious complications like fetal growth restrictions or preeclampsia, a condition characterized by high blood pressure and protein in the urine. The underlying cause to these issues is a poorly functioning placenta and without treatment, could cause serious health issues to the mother and baby.

Despite the seriousness of these complications, current treatments are limited to induction of labor and an early delivery, which not only are expensive for neonatal intensive care, but also puts the baby’s health at risk.

In the short term, premature babies are at a high risk of developing respiratory distress syndrome, retinopathy, cerebral palsy and infections. Premature babies will also be more prone to elevated cardiovascular disease and type two diabetes later on in life.

“Because the placenta behaves like a well-controlled tumor, we hypothesized that existing tumor-homing sequences would bind to antigens selectively expressed on the placental surface,” Ruoslahti said. “Here, we demonstrate that tumor-homing peptides can be exploited for targeted delivery of payloads to the placenta in mice and humans.”

Experimental results done on pregnant mice have been successful so far. The method not only enriched the placental growths in underdeveloped placentas, but also brought changes to healthy placentas and other organs in the body.

“The peptides did not accumulate in the vascular beds of other major organs but were excreted via the kidney,” Ruoslahti said.

Repeated administration did not adversely affect the pregnancy outcome in mice. Similar data was found when the experiment was repeated on human placental explants.

This creates opportunities for drug delivery to the placenta in pregnant women, without affecting the mother’s or baby’s health, and permits treatment of the baby pre-delivery. This allows women to avoid the costs and health complications of an induced early delivery.

“Placentas behave like well-controlled tumors,” said Lynda Harris, a pharmaceutics lecturer at the University of Manchester in England. “By developing this platform, we have opened up the possibility that any number of new drugs can be adapted and then used safely to treat common and serious pregnancy complications.”

Hi, do you know the names of the three drugs that are used?