The UCSB baseball team is back on the winning side of things after narrowly defeating UCLA last night in a 4-3 nail-biter that showed the resiliency of this young team and gave them its first season sweep of the Bruins since 2006. 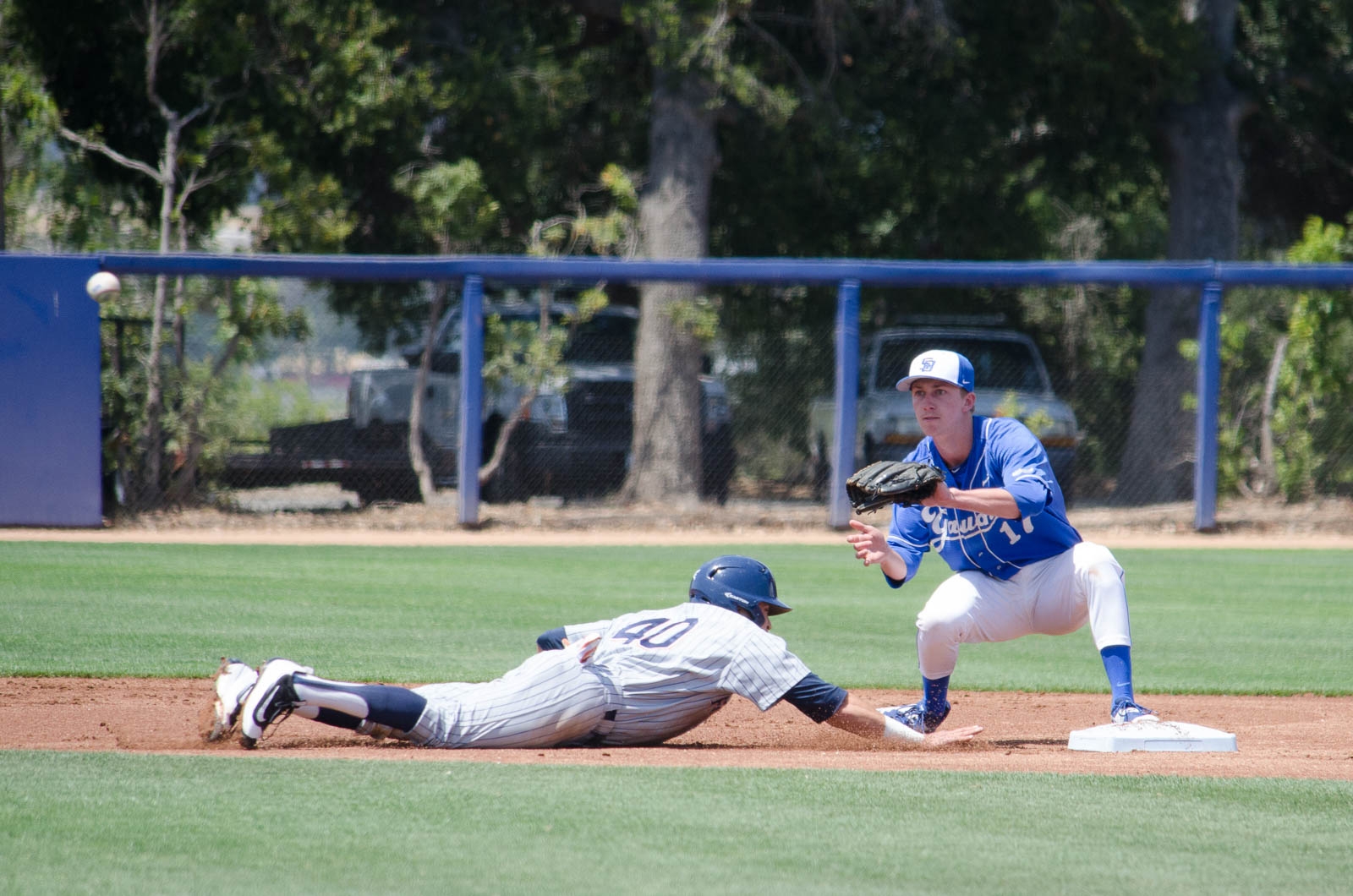 As an opponent slides back into second base, Clay Fisher catches the ball. Christina DeMarzo / Daily Nexus

The non-conference victory lifted the Gauchos overall record to 33-15-1 while maintaining their 10-8 conference record and current third-place standing. The loss was a tough one for the Bruins as it dropped them to 24-26 on the season and ruined their chances of making the postseason this year, as they needed to win their final seven games.

The win was a much-needed one for Santa Barbara as it brings their road record to 8-11-1 and gives them momentum heading into its final road series of the season this weekend. It also broke the Gauchos two-game losing streak they were on after dropping the last two matches of the Cal State Fullerton series this past weekend.

Santa Barbara came out of the gates strong in the pitching department as redshirt junior James Carter added to his previous strong outings by throwing two hard innings and allowing only two hits.

The Gauchos finally broke through in the top of the third inning to take a 1-0 lead after redshirt junior center fielder Andrew Calica hit a one-shot home run, his fourth of the season.

UCSB added one run in both the fourth and fifth innings to take a solid 3-0 lead after six innings of play. In the seventh, however, the Bruins came to life scoring three runs and tying the game. Freshman catcher Jake Hirabayashi, senior second baseman Brett Urabe and junior first baseman Luke Persico all recorded RBI-singles for the three runs.

All three runs were unearned and, therefore, did not count towards freshman pitcher Kyle Hatton’s ERA; however, the damage was done and once again it looked like Santa Barbara was going to blow a lead.

However, in the top of the eighth, the Gauchos proved that they can bounce back and re-took a one-run lead at 4-3 after redshirt sophomore JJ Muno hit the game-winning double RBI for his team.

The victory was also the 11th win of the one-run variety for the young Gaucho team, a good sign that they are not afraid of being in tight ball games although they have let some slip.

Overall, UCSB’s victory was a solid one, and it hopefully gives the team fire as it travels to UCI for its final road series of the season.

Santa Barbara has not won a series at Irvine since 1986, which is coincidentally also the last time it won a Big West title.

Although they have taken two series victories in 2013 and 2015, the Gauchos are 14-28 against the Anteaters since 2002 and any momentum that they have gained through the UCLA win should definitely be welcomed as they head into that tough environment.

UCSB faces off against UCI at Cicerone Field for a three game series this weekend.