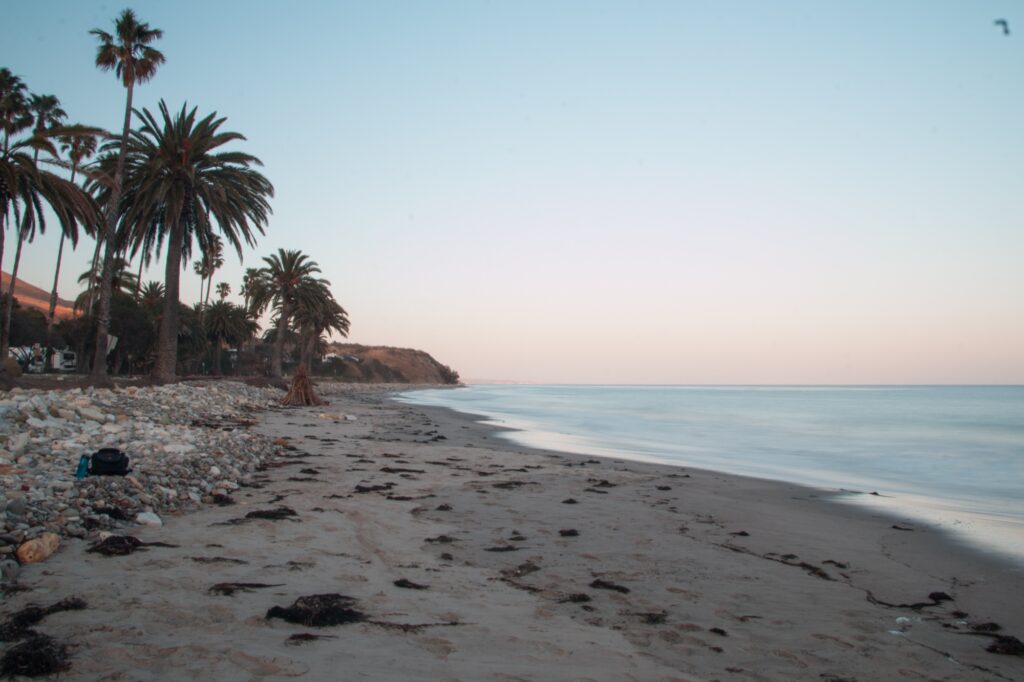 A process known as tarball fingerprinting allows researchers to analyze the extent of the spill’s damage. Stephen Manga / Daily Nexus

A severely eroded Plains All American pipeline 15 miles northwest of the UCSB campus near Refugio State Beach ruptured one year ago today, May 19, 2015, spilling upwards of 80,000 gallons of crude oil onto the nearby coast, according to a panel of experts and environmental organizations at Bren Hall.

The aftermath of the spill spurred a number of new state and federal laws and local environmental organizations and Santa Barbara County have drafted new plans of action in the event of a future pipe leak.

One year out, however, several questions regarding the spill and its effects, as well as the nature of the response and cleanup efforts, remain unanswered, and many new questions have risen to the surface.

Beach Conditions
Perhaps the most pressing issue for a coastal community like UCSB after an oil spill is the effect on local flora and fauna. Within two weeks of the pipe rupture, workers and volunteers found 87 birds, 11 dolphins and 42 sea lions that had died as a result of the oil spill, according to the Bren Hall panel.

The beaches have since reopened and the oil is all but gone from the shore. However, researchers continue to periodically collect balls of tar for analysis, a process known as tarball fingerprinting.

“There are some issues with that analysis, because, at this point, a lot of the tarballs are very weathered,” said Jenna Driscoll of Santa Barbara Channelkeeper, a nonprofit organization working to protect and restore the Channel.

Being able to distinguish whether a tarball originates from the Line 901 spill or if it is simply part of a natural oil slick is an important factor in allowing scientists to determine the extent of the damage and how long the cleanup will last. However, at this point there is no definitive technology that permits researchers to distinguish the exact origin of a particular tarball.

“Those samples should be used to identify response rather than impact,” Driscoll said. “There does have to be some formal method of closing response efforts. A year out, you no longer need to send people to the beaches to respond to oil coming up on the shore.”

The Response
State-designed plans are supposed to account for cleanup operations, but environmental groups say the plans were not adequate for the specific situation.

After the Refugio spill, there was largely a lack of coordinated response between state and federal agencies, county organizers and local environmental groups, according to Linda Krop, chief counsel at the Environmental Defense Center in Santa Barbara.

“We were completely floored with the lack of on-the-ground response,” Krop said. “On the evening of the 19th, not a soul was doing cleanup; the beach was full of oil and every wave was taking oil out to sea.”

After attending state and federal briefings the morning after the spill, Krop said the state and federal regulations for spill responses were not adequate in addressing the immediate action required in the aftermath of the Refugio spill.

“We don’t really have a plan in place for when you have a spill that starts onshore and threatens to go offshore,” Krop said. “That’s one of the things we need to work on.”

Since then, both Santa Barbara County officials and local environmental organizations have worked to implement more substantial plans of action that dictate immediate cleanup efforts to take place in the event of an oil spill.

“The response is still ongoing through the end of this calendar year. We still have county personnel out on the main impact site, going out and assessing that area for impact,” Robert Troy, deputy director for the Santa Barbara County Office of Emergency Management, said. “We’ve been working diligently for the past few months and will continue to do so.”

Legal and Economic Repercussions
Environmental legislation is often passed in the wake of some sort of natural or manmade disaster, such as in the case of the 1969 Santa Barbara oil spill.

Following the Refugio spill, several local groups worked alongside the county and the state, pushing for both new state and national legislation to more strictly enforce environmental protection.

“We’ve continued to work tirelessly, even a year after the spill, to move legislation forward and to work with these environmental agencies to improve response efforts as well as education and outreach,” Driscoll said.

Their efforts led to the passing of state laws SB 295, AB 864 and the Rapid Oil Spill Response Act (SB 414), all of which are meant to create a faster and more effective response to a future oil spill. In addition, the Pipeline Safety Act (HR 5050) was passed out of the Energy and Commerce Committee at the federal legislative level, which increases the frequency of inline pipeline inspection in ecologically rich areas.

“As a law firm we were looking at various legal issues,” Krop said. “We looked at the regulations that apply to these pipelines, we learned that the federal regulations for this particular pipeline are much weaker than what we do in Santa Barbara County.”

A version of this story appeared on p.1 of the Thursday, May 19, 2016 print edition of the Daily Nexus.