The Daily Nexus
Track and Field
Gauchos Exceed Expectations at Big West Championships
May 16, 2016 at 10:23 am by Duncan MacPhee

On conference championship weekend when UCSB track and field was projected to finish just out of the top three on both the men’s and women’s sides, both teams were able to dig deep and prove these projections wrong. 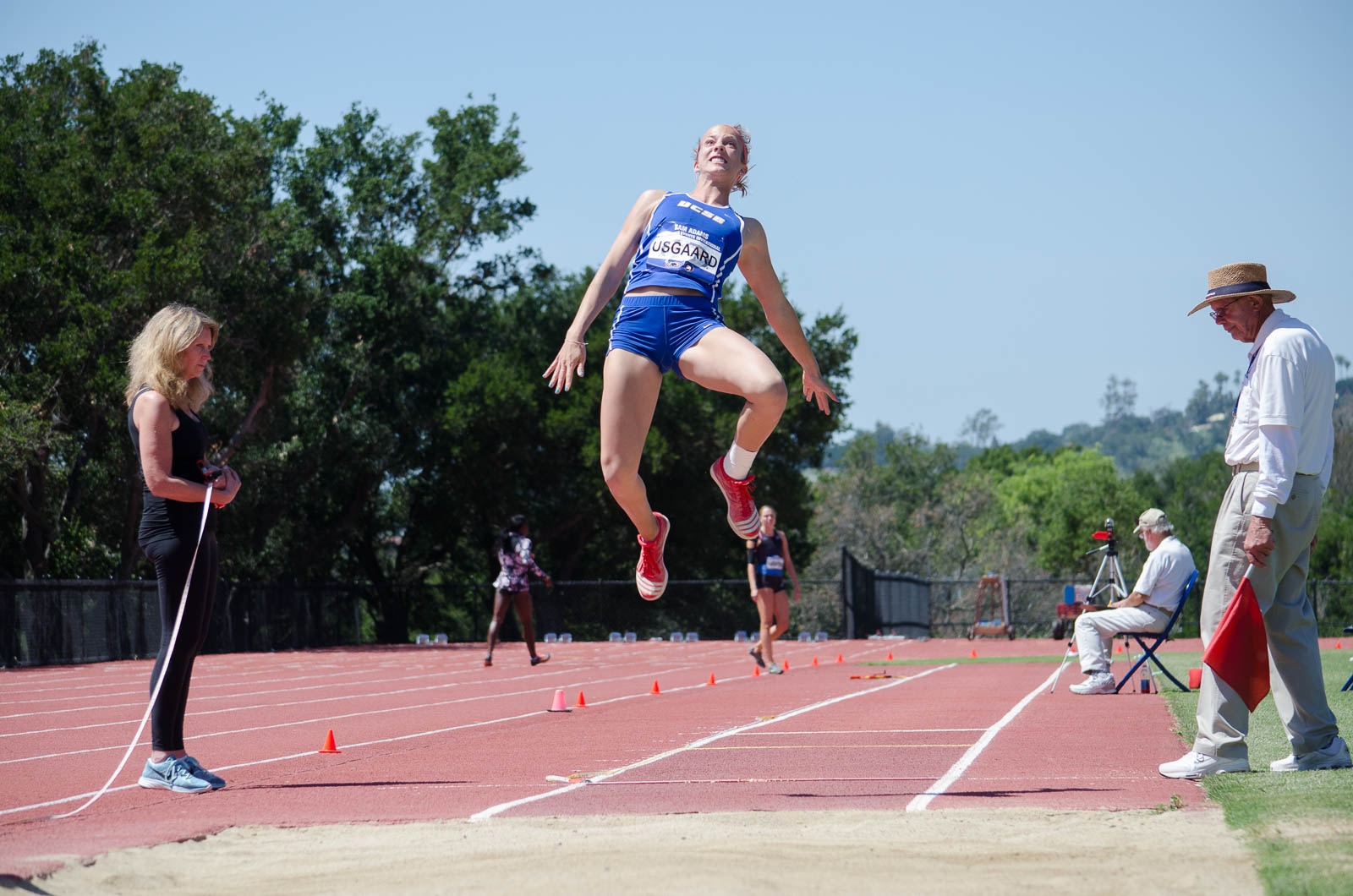 Tori Usgaard hurls herself in the air during the long jump. Christina DeMarzo / Daily Nexus

After the full 21 events on each side at Long Beach State’s home facilities, each of the two Gaucho squads finished with an impressive second place standing when the meet came to a close.

The men finished with a total of 125 points, ahead of rival Cal Poly’s 114 points and behind Long Beach State’s total of 176.

The women were able to barely edge UC Riverside by half a point, ending the day with 118.5 compared to the Highlanders’ 118. They only trailed the winner of the championship, UC Davis, who had a point total of 135.5.

Freshman James Douglass and senior Andrew Farkas followed Vaziri in the 800m with times of 1:52.60 and 1:53.15, settling for sixth and eighth place respectively.

The pair were joined at the end by sophomore Patrick Bourke, who ran a 15:00.87 for sixth place right behind them.

In the longest event of the weekend, the 10,000m race, the Gaucho men had two finishers in the top six. Freshman Carlos Guijarro placed fifth in 30:50.74 and senior Anthony Ortolan placed sixth right behind him in 31:00.63.

Hurdler Myles McDonald was able to put some points up on the board for the team with his fourth place performance in the 400m hurdles with a time of 52.29 seconds.

The UCSB men notably had a very strong showing in the javelin throw on Saturday, taking three out of the top four spots. Junior Darion Williams came out on top with a throw of 63.53, and he was followed by junior Matthew Kuskey and freshman Wyatt Thompson-Siporen in third and fourth with tosses of 60.83m and 60.80m.

On the women’s side, grad student and star distance runner Tori Tsolis had a huge impact on her team’s finish, as usual. She took the victory in the event she owns the UCSB record in, the 1500m race, as well as taking third place in the 800m run.

In non-running events, senior Jessica Emde helped the cause by taking first in the high jump with a leap of 1.79m, and freshman Alivia Schlueter did her part by finishing second in the triple jump with a jump of 12.51m.

Senior Melissa Rake notably took third in the javelin throw with a heave of 45.93m.

Select UCSB athletes who have qualified for NCAA regionals will be in action again this Thursday through Saturday, May 26-28 at the University of Kansas’ track.