The Daily Nexus
Sports
Gauchos Look To Break Slump Against Big West Best Fullerton
May 13, 2016 at 12:00 pm by Jorge Mercado

This weekend is officially make it or break it time for the UC Santa Barbara baseball team, which has a chance to attain its first Big West Conference title since 1986, beginning a three-game series Friday against the conference’s top-ranked team, Cal State Fullerton. 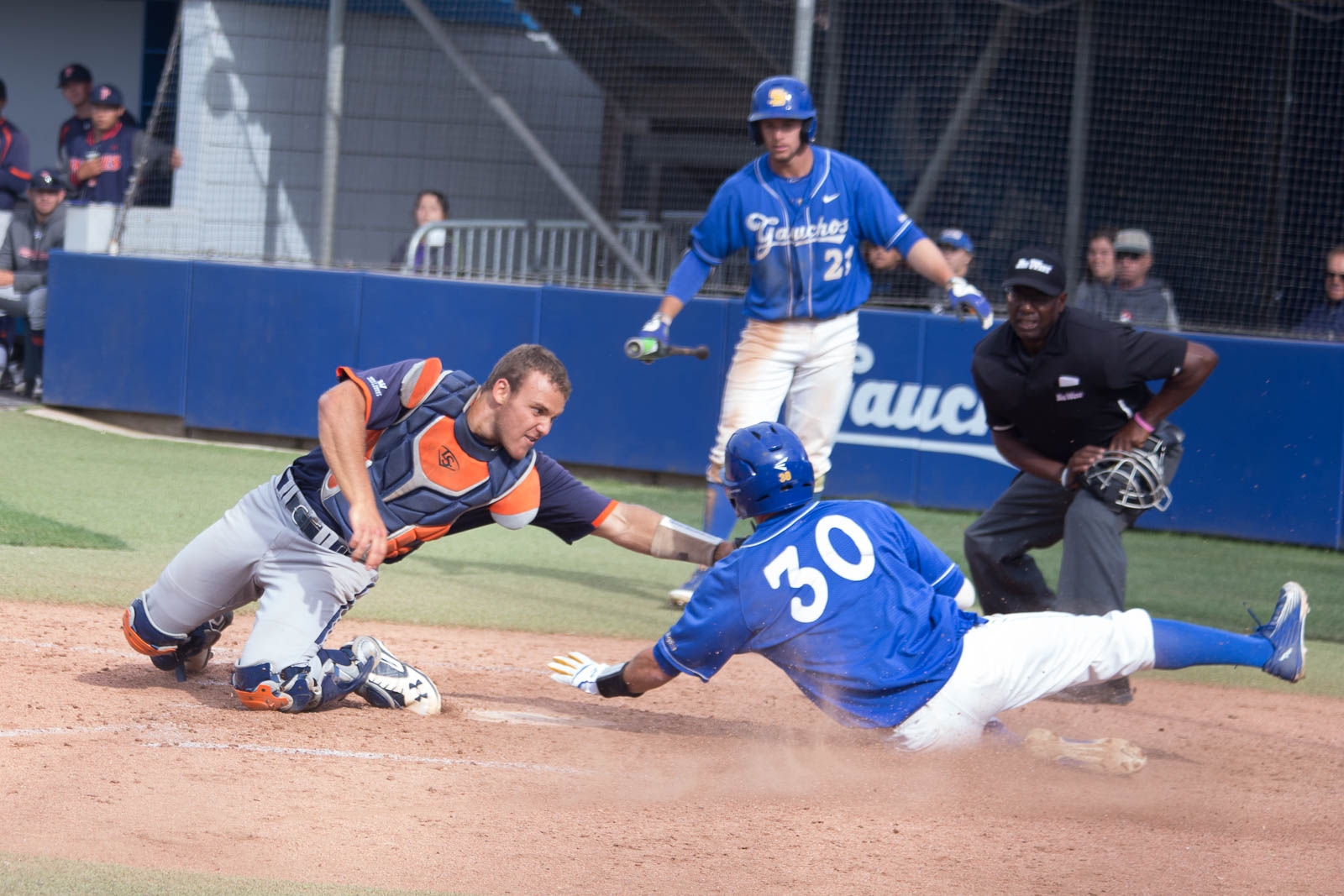 “Yeah absolutely this is a big week,” said Head Coach Andrew Checketts. “I think winning this series is a must in terms of trying to win a conference championship.”

With a 31-13-1 overall record, 9-6 in the conference, the Gauchos host the top dog in the Big West. The Gauchos have lost three of their last four games and the Titans stand at 30-16 this season with a 12-3 conference record.

UCSB currently trails CSUF by three games in the conference standings and with only nine games left in Big West play, every game is crucial for the third place Gauchos.

“We can’t afford to fall further behind.” Checketts said. “We have to come out and play better than we have been.”

Just like the Cal Poly series a couple weeks ago, the winner of the season series between Santa Barbara and Cal State Fullerton has come down to the home team each of the last three seasons.

This year it looks like that advantage will be given to the Gauchos as they are the host team this weekend. UCSB has been amazing at home this year, boasting a 21-2 record at their home field and having set the school record for most consecutive home victories at 17.

In the last four games, however, UCSB has ranged from looking average to plain awful. They lost a series to last place UC Davis and blew a 3-0 lead against a struggling Cal State Bakersfield at home on Tuesday.

That loss was a new low for the Gauchos, coming at a time when they had dropped out of the D1 Baseball top 25 in national rankings, and it was their first loss at home since February 23.

This weekend would be the ideal time for UCSB to break its slump, but CSUF will not be an easy task.

The Titans’ pitching staff is first in the conference for overall ERA, first in batting average against, first in extra-base hits and third in slugging percentage.

Cal State Fullerton has the two best pitchers in the Big West in terms of ERA: sophomore right-hander Connor Seabold has a 2.08 ERA and freshman left-hander Colton Eastman is second with 2.09.

Seabold and Eastman also rank third and fifth, respectively, in strikeouts with 74 and 70.

The Gauchos need to counter that with the offensive power they have, especially in sophomore first baseman Austin Bush who is third in the conference in home runs with six on the season.

Bush also has a batting average of .311 this season, putting him among the top 15 in the Big West.

In addition to its bats, UCSB also has some good pitching arms in junior right-hander Shane Bieber and redshirt sophomore Kyle Nelson.

Bieber leads the Big West with eight wins, which matches his career high. Only 11 pitchers in UCSB history have reached 10 wins in a season.

Nelson trails only the two CSUF pitchers in conference ERA with 2.14 and was recently named to the National Pitcher of the Year Watch List.

Although there is still time left this season, it is certainly crunch time for Santa Barbara. The Gauchos need to finish strong if it wants to host a regional for back-to-back years and its second ever in school history.

UCSB begins its series with conference-leader CSUF Friday at 3 p.m. in Caesar Uyesaka Stadium. Saturday’s and Sunday’s games are also at home at 2 p.m. and 1 p.m., respectively.