The Daily Nexus
Music
Underbelly Makes Waves with ‘Ripple’
May 12, 2016 at 3:41 am by Max Pasion-Gonzales 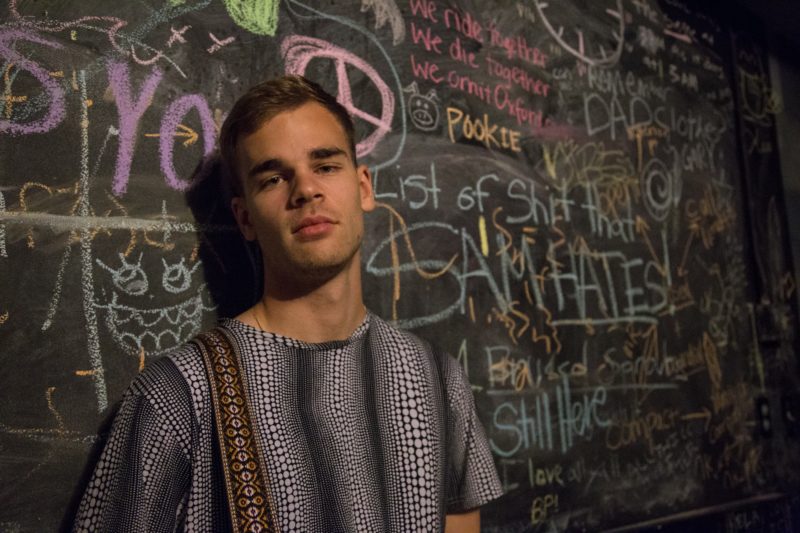 “Hi, I’m Underbelly, and you suck at producing. With our hand-held slave boxes demanding our constant attention, it can be hard focusing on what really matters: beating off.”

Those prophetic words of wisdom come from UCSB musician Underbelly’s informative YouTube channel, which sarcastically aids viewers with making beats of their own. These blunt videos, however, are only a portion of what the young DJ has to offer the future of music. 1,436 SoundCloud followers and counting and a new EP full of futuristic vibes, the Santa Barbara prodigy is set to take the electronic scene by storm in only a matter of time.

Timmy Linetsky, also known as Underbelly on SoundCloud and Bandcamp, is a UCSB film major from Palo Alto, California. He started producing rudimentary beats on an MPC 500 at age 14 after hearing DJ Shadow’s entirely sampled 1996 cult classic, Endtroducing… Since then he has switched to commonly used production software Ableton and refined his sound to the Underbelly we know today. Along with DJ Shadow, some other influences of his are Balam Acab, Clams Casino and the revolutionary jazz/hip hop instrumentalist Flying Lotus. After years of studying the greats and perfecting his own craft, the UCSB student is ready to create some classics of his own.

Underbelly recently went on a european tour with Azeem Ward and just released an extremely promising 3-track EP entitled Ripple on April 19. The DJ’s SoundCloud features the EP’s appropriately psychedelic blue artwork, a handful of singles and remixes, a portrait picture of the man himself and his clever, enigmatic bio: “He sighed, knowing that everything is unfini.” 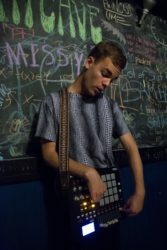 Much like his bio, Underbelly’s hopeful career as a musician is very far from finished. Ripple is a gooey mesh of vibrant beats that sound just like the title, flowing through a vast sea of ominous splashes. The dauntingly strong opening track, “Breather,” captivates its listeners with a Kali Uchis vocal sample that demands a second play. “Stingray” follows, with an intimate piano sample and steadily bouncing beat that expresses raw and powerful emotion, even without any words. The ending track, appropriately titled, “the end,” closes the EP with dreamy ambient chords that shake the listener into musical oblivion. A very thick and smooth collection, Ripple makes for great study music as well as an ambitious soundtrack for the DJ’s gradual rise.

A mere taste of what he has to offer, Timmy commented on the work, stating “With Ripple, I hope to make a splash that reverberates far and wide in today’s music world while also testing the waters before releasing my debut album later this year. More than anything, I was just tired of keeping these songs to myself for so long and was itching to put them out there. I found three tracks that I thought flowed together in a cohesive way while also being distinct enough from one another to showcase the full range of my production style.” Although dripping with potential, this album only scratches the surface of what Underbelly has in store.

Along with an upcoming show at SOhO on May 26, Underbelly has plans for a full length debut album with Alpha Pup records as well as an R&B collaboration album, both of which are set to drop this year. Going into more detail about the R&B project, Timmy entailed, “Seriously, this guy’s voice is as thick and sweet as molasses and matches my production perfectly.” Clearly, if his new endeavors resemble anything of his past work, UCSB and the rest of the world are in for a serious treat.

In the name of supporting local talent and, more importantly, in the name of quality art, we strongly urge all of you to check this guy out. The sound quality is there, the drive is apparent and he’s starting to make some big moves. Ripple is a seriously head-nodding EP, and it’s only the beginning. In an electronic music era that’s growing exponentially, fresh faces like this one are becoming the future of headed. So please do yourself, UCSB and the Nexus a favor and check out one of the coolest hidden gems on the internet.