The Daily Nexus
Science & Tech
UCSB Probes the Hidden World: A Look into Nanoscale Imaging
May 12, 2016 at 12:21 am by Karan Maitra

Everything in the world of quantum mechanics collapses to probabilities, as it has always been challenging to observe interactions at the quantum level. 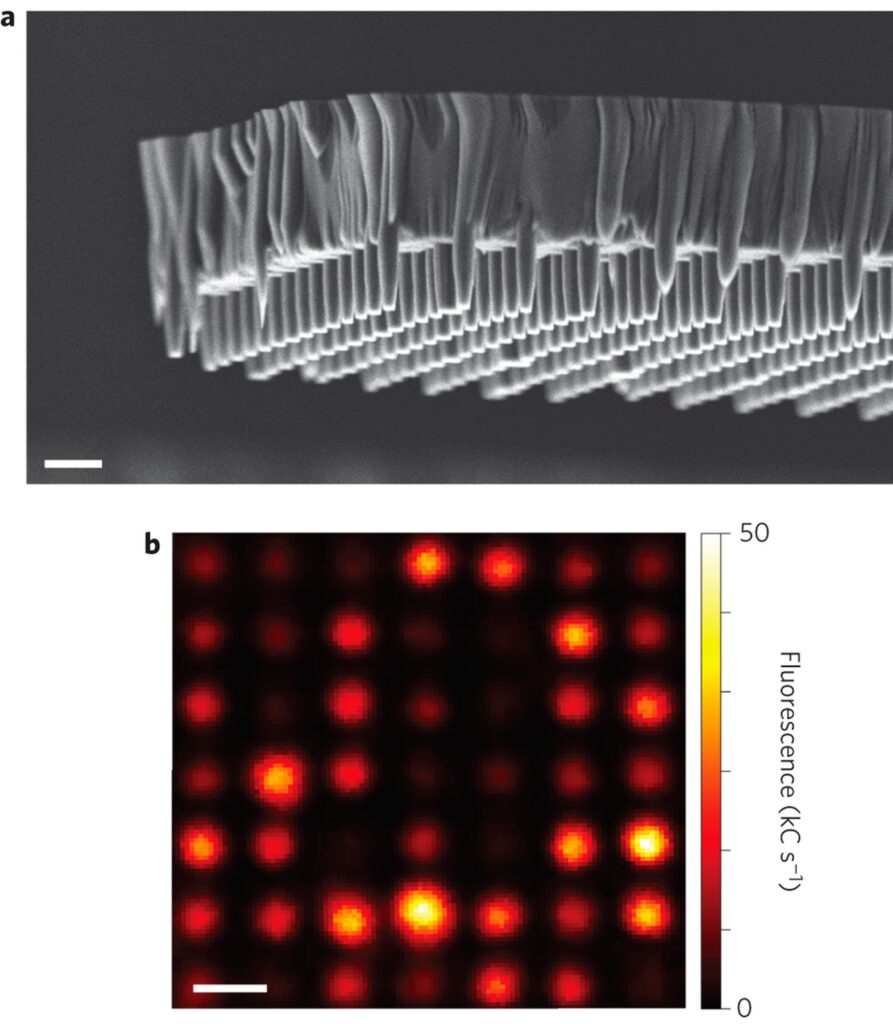 However, UCSB professor Ania Jayich has developed a method to do so at temperatures approaching zero Kelvin, or absolute zero.

Jayich, associate director of the Materials Research Lab, has built a new probe that uses an array of single atoms to capture images of nanoscale material at very high resolutions and very low temperatures.

High resolution imaging has proved to be important in driving new developments in fields like materials science and biology. However, capturing these images at very low temperatures has been difficult because as temperatures decrease, matter starts behaving in ways one would not expect. The existence of magnetic superconductors is just one of the strange things that happens at extremely low temperatures.

At zero Kelvin (-273.15 °C, -459.68 °F), all particles in matter theoretically stop moving; they no longer process kinetic energy. In a paper published in Nature Nanotechnology, Jayich discusses her research on how a single-spin quantum sensor was used to image nanoscale magnetism at a temperature scale between 6K and room temperature (from -267 °C to 25 °C).

“The core of the probe is something called a nitrogen-vacancy (NV) defect,” Jayich said.

At the apex of the tip of a pure diamond nano-crystal, an NV defect is added. The nitrogen replaces a particle of carbon in the diamond lattice structure and makes it much more sensitive to changes in its vicinity. The probe consists of an array of such tips with NV defects.

“The presence of a magnetic field induces a quantum phase in the NV sensor which we can read out with optical techniques,” Jayich said.

This type of matter imaging has not been done before at such low temperatures. In her research, Jayich imaged a hard drive and magnetic superconductors.

“There are a lot of different interactions between atoms, and you need to understand all of them before you can predict how the material will behave,” Jayich said.

“What we presented in the paper is magnetic imaging … but our tool — an atom sized defect for a sensor — has multi-functional capabilities,” Jayich said in regards to the scope of her research.

The probe is sensitive to magnetic fields, and according to Jayich it can also image electric fields, temperature and the local conductivity of materials. Her team is currently working on adding more functions to the probe.

“Something we are working on [in] the lab is adding multifunctional capabilities to the probe so it can simultaneously measure magnetic and electric fields emanating from a substance. That is one of the real benefits of this,” Jayich said.
One of the advantages of this method is that it is minimally invasive, as “it does not noticeably change the properties of the object being studied.”

The paper was published in Nature Nanotechnology on May 2, 2016, with Professor Jayich as the lead principal investigator along with UCSB co-authors postdoc Matthew Pelliccione, graduate students Alec Jenkins and Preeti Ovartchaiyapong and undergraduate Christopher Reetz. Co-authors from UCLA include Eve Emmanuelidu and Ni Ni.