The Daily Nexus
Sports
UCSB Closes Season Against Big West Frontrunner
May 12, 2016 at 3:41 am by Antonia Bird 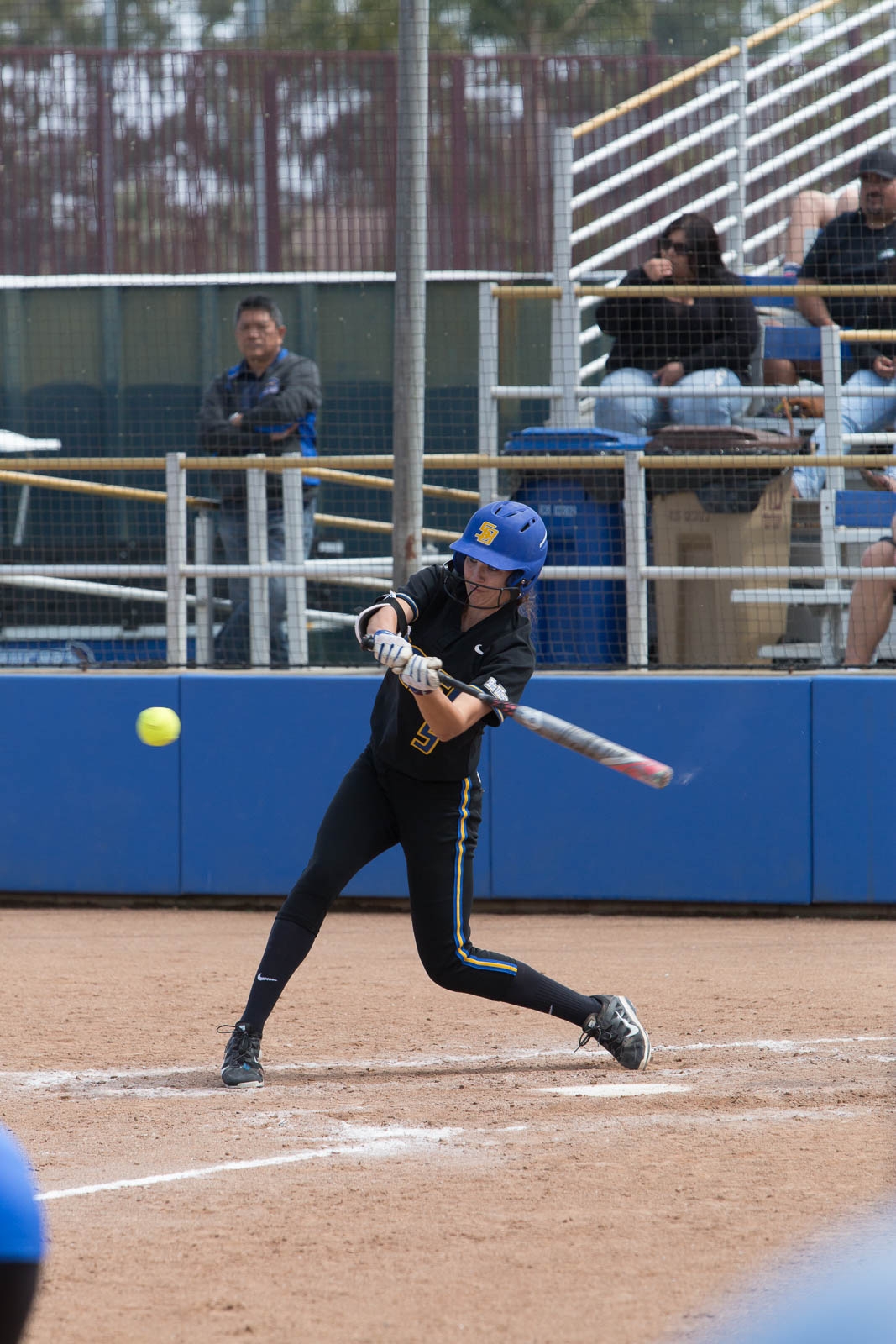 The Gauchos will come into the weekend series with a 27-26 overall record and a conference record of 10-8. UCSB is currently tied with Long Beach State for third in the Big West standings. Cal State Fullerton has an impressive overall record of 41-13 to go along with its conference leading 15-3 record.

For the majority of this season Santa Barbara has been consistent with its production at the plate. UCSB will enter the series with a team batting average of .307, while also limiting opponents to a .287 hitting clip. The Gauchos have also produced on the mound with a collective team ERA of 3.07 in conference play.

Gaucho senior starting pitcher Ashley Ludlow comes into the series with a respectable 2.93 ERA, and will face a powerhouse lineup this weekend against Fullerton. The Titans have scored 281 runs this season, and have an on base percentage of .381 and a slugging percentage of .441.

Helping hold down the Titans’ infield defense is senior infielder Missy Taukeiho, who owns current team-highs in batting average at .362 and runs scored with 48. Taukeiho also leads in RBIs with a total of 34. She will be a huge threat at the plate with her powerful swing and speed. She also carries a solid on base percentage of .495 and a slugging percentage of .678.

Titan sophomore outfielder Samantha Vandiver is another top tier hitter in Fullerton’s batting lineup with a .333 average. Vandiver has scored 44 runs this season, a .378 on base percentage and a slugging percentage of .383.

The Titans also have a strong pitching staff, led by their two starting pitchers, senior Desiree Ybarra and freshman Sydney Golden. Together, the two have given up only 66 earned runs in 262.2 innings pitched. Ybarra has been stellar with an outstanding ERA of 1.84 with 127 strikeouts in 144.1 innings.

However, the Gauchos will look to challenge each pitchers’ aim within the strike zone with hitters of their own.

Although UCSB’s .307 hitting clip narrowly edges the Titans’ .303 batting average, the Gauchos may be able to overpower the Titans with players such as junior outfielder Kristen Clark and sophomore outfielder Jessica Johnston.

Nonetheless, senior infielder Arianna Palomares has made her way to the top of the lineup with her 30 runs scored and 35 RBIs this season. Palomares has tallied 10 doubles this season along with Johnston, and is hitting .308 average with a .419 slugging percentage.

Aside from Ludlow, freshman pitcher Veronika Gulvin may see some time on the mound this weekend as well. She has already gained quite a bit of experience as a freshman, pitching a total of 105.2 innings this season while giving up 52 earned runs on 115 hits.

This final series on the road against the Titans will be a matchup of two quality squads. The two teams will face each other this Friday at 6 p.m., and will play a double-header on Saturday with the first game at 2 p.m. and a finale scheduled for 4 p.m.