Thanks in part to the mild climate and unique habitats it offers, UCSB’s campus boasts around one-third of all bird species documented in the state of California

Tom Turner, associate professor of ecology, evolution and marine biology at UCSB and an avid birder, recently pointed his telescope toward the ocean at Coal Oil Point and saw a “river of birds,” counting over 10,000 Pacific loons in 20 minutes. 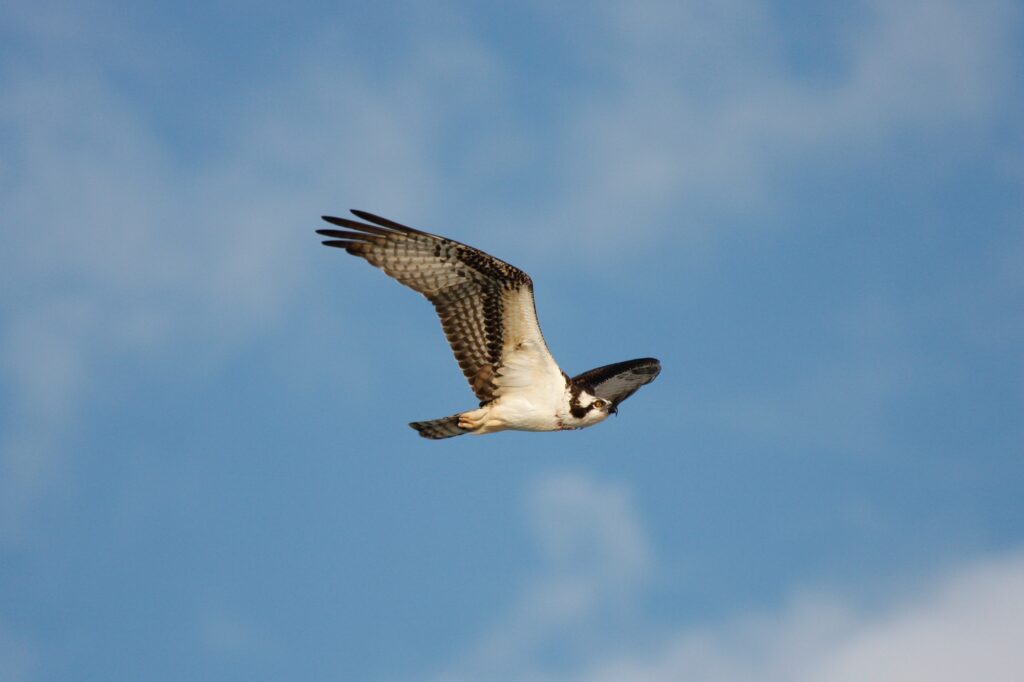 The loons were migrating to Canada and Alaska to breed for the summer along the Pacific flyway, a migratory route that stretches from Alaska to Patagonia in South America. Migratory birds travel some or all of this distance twice a year, in search of either suitable breeding areas or more food and hospitable climates.

There are also many species of birds that live on UC Santa Barbara’s campus year-round due to the mild climate, such as mallards in the pool near Storke Tower, mockingbirds on the University Center lawn and American crows at the library.

“Given the habitats we have here, no other major university campus in North America has as many bird species as UCSB,” said Steve Rothstein, research professor of ecology, evolution and marine biology. “If people are going to go birdwatching in Santa Barbara County, they will go out of their way to go to Campus Lagoon and Devereaux Slough.”

Graduate student Devyn Orr teaches a vertebrae zoology laboratory, a class that takes students birdwatching throughout campus and Goleta. According to Orr, 495 of the 600 species of birds documented in California have been seen in Santa Barbara County, and 209 of them can be seen on campus.

“That’s a third of all species documented in the state!” Orr said in an email. “Considering how small our campus is — 1.6 square miles — relative to all 163,696 square miles of California, we host an astounding diversity of species.”

Orr said the bird species on campus include common species like mourning doves, western gulls, crows and mockingbirds, which tend to be comfortable living near people and live on campus all year.

The migrating species can be small and drab, while others are bright and exotic, like western tanagers and blue grosbeaks. Shorebirds like snowy plovers scurry around on the beaches, while birds of prey like ospreys, white-tailed kites and northern harriers can often be seen in the skies over campus.

The variety and number of bird species on campus has changed in the last 30 years, according to Rothstein.

He said there were once many more large eucalyptus trees between the residence halls and Campus Lagoon where great blue herons nested, many of which have since been cut down. Rothstein said quail disappeared from the campus when much of the brush along sidewalks was cleared for safety purposes.

However, Rothstein added that campus birds are not necessarily in trouble.

“I don’t think that there’s been a big decline in bird species,” he said. “Things have changed a bit, but there are some species that we see more of and some that we don’t see anymore. Overall, things have been holding pretty steady.”

Birds can influence seed availability and insect abundance, and meat-eating birds can help regulate the other animals’ population or make sure they decompose quickly when they die. According to Orr, climate change, land conversion, non-native species and disease can threaten bird populations and can make it challenging for them to fully carry out their natural roles.

“Their loss goes beyond aesthetics, and may indirectly impact our own health and well-being,” Orr said.

“It’s crazy how no one notices how many birds there are here, especially after the winter rains, when the colorful overwintering warblers feed en masse on bugs in the lawn or when large flocks of beautiful Cedar Waxwings fill the Ficus trees when they’re in fruit,” Liu said in an email. “So essentially I would want someone who knows nothing about birds on campus to know that well, there are a shit ton present and that it is always worth it to look skywards.”

Rothstein has taught a vertebrate zoology course for 41 years and said past students have approached him at birdwatcher gatherings to tell him what a profound impact the course had on them. Rothstein said people are drawn to birdwatching because, like humans, birds sense the world primarily through vision and hearing.

Amanda Orens, third-year zoology major who has taken Rothstein’s class, said she thinks students would benefit from noticing the birds on campus and would understand why their presence at UCSB is so unique.

“It’s when students stop seeing all of the birds on campus as just birds and see how each species is so different that the beauty of their specialization on certain habitats becomes that much more fascinating,” Orens said in an email.

I really liked this article.

The Santa Barbara Wildlife Care Network gets a lot of these types of birds in regularly, and they are always looking for UCSB students to volunteer!