The Daily Nexus
Water Polo
Gauchos Take on Reigning Champion in No. 2 Stanford
May 12, 2016 at 3:47 am by Sinead Leon

With an overwhelming feeling of excitement and accomplishment, the team lifted the Big West trophy in front of its home crowd and left its footprint in the record books. 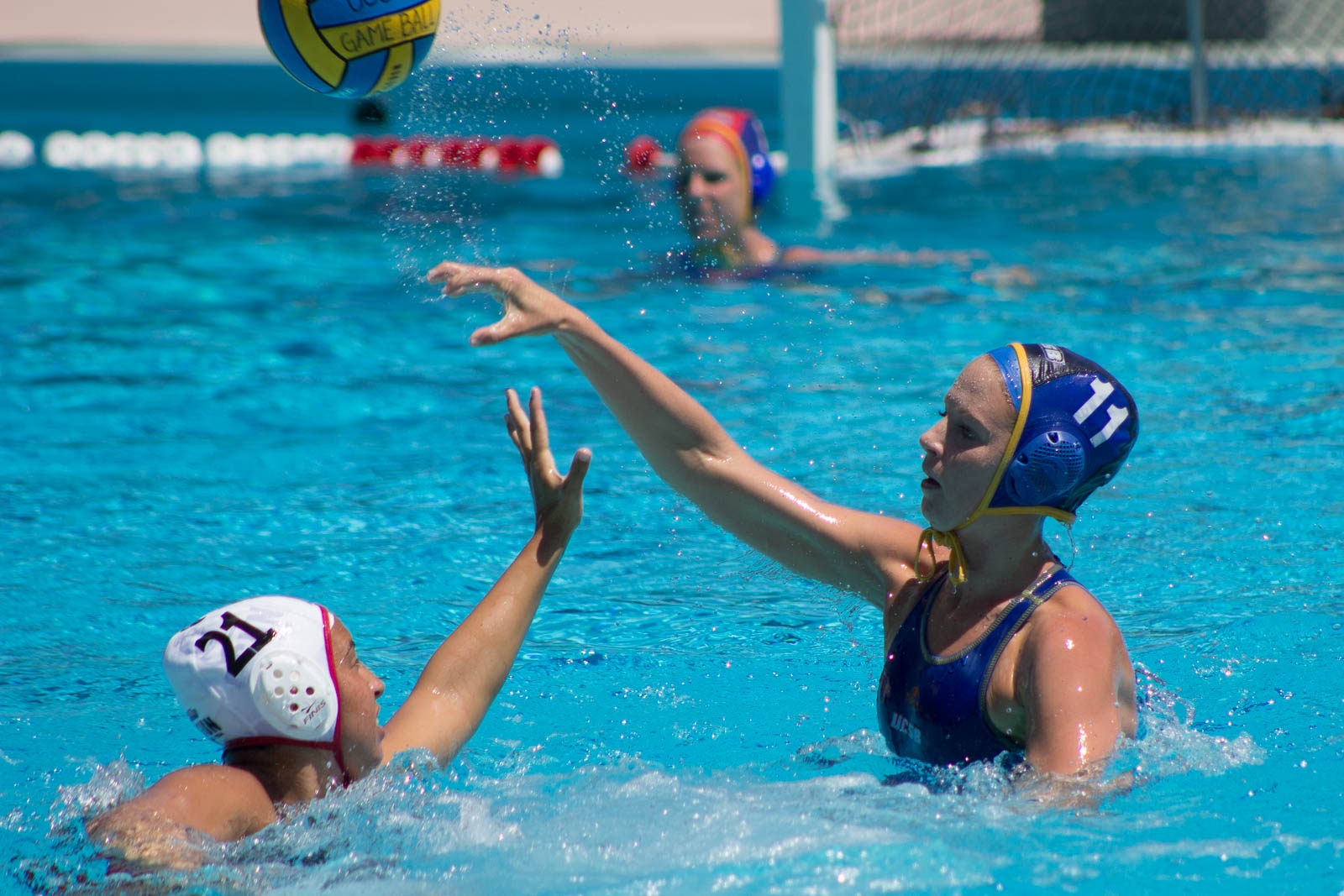 However, there was not much time for relaxing or celebrating. Winning the Big West Tournament was one of the goals that the Gauchos had set for themselves, but it did not mark the end to their journey.

As conference champions, UCSB automatically entered the NCAA tournament, which will be hosted at UCLA this weekend. The Gauchos are set to face the No. 2 Stanford Cardinals in the first round as announced in the NCAA Selection Show the following Monday after Santa Barbara’s title victory.

The Cardinals, who ended their regular season with a 21-5 overall record, were the runners up this year in the MPSF Tournament. Stanford lost to the top-ranked team in the nation, USC, after a dominating fourth quarter by the Trojans in which they put away five goals, making it difficult for the Cardinals to come back.

After the decision was announced as to who UCSB would face, it was time to go right back to the drawing board and begin preparing for this weekend.

Both UCSB and Stanford faced each other earlier this season in March, ending with the Cardinals prevailing with a crushing 16-5 victory over the Gauchos. While UCSB will enter Friday as the underdog against a powerhouse in Stanford, the Gauchos have shown resilience week after week, having endured just two losses since their loss to Stanford.

Undoubtedly, the greatest advantage that the Cardinals possess is their postseason experience. But the Gauchos remain determined to keep things afloat with their performance in the pool.

“Nothing changes for us,” Kay explained. “We will be great competitor’s with the same mindset we had at Big West Championships. [We will continue to] focus on being present and pay attention to the little things.”

Since the commencement of the NCAA Women’s Water Polo Championship back in 2001, Stanford is the only program to make an appearance every single year. This year, the Cardinals are on the hunt for their fifth national title in the past six seasons and what could be the sixth in program history. Stanford currently reigns as the national champions for the past two consecutive years.

Santa Barbara on the other hand has never been to the “Big Dance” before, but will be guided by the past playing experience of Head Coach Serela Kay.

As a four-season starter at UCLA, Coach Kay won three national championships from 1996-2000.

“This is the same water polo game we have played all season, now we are all just dressed up like prom,” Kay said. “It is important to remember water polo is not rocket science – put the yellow ball in the back of their net and keep it out of ours.

There is no doubt that with Coach Kay in charge of the team anything can be accomplished. In only two short years at UCSB she has helped UCSB claim the Big West Tournament title for the first time ever and also became the first coach in program history to be named Big West Coach of the Year. Most notably, Kay is the first coach not from UC Irvine or Hawai’i to receive the honors.

To add on to the list of records, this year five Gauchos were named to the All Big-West team, three of them to the First team.

UCSB had just four other honorees over a span of seven years. The three players that received the First team accolades are the Gauchos’ group of seniors in center Lauren Martin, utility Samantha Murphy and goalkeeper Mackenzie Brokaw. Senior attacker Bryn Hudson managed to move up from her honorable mention honor last season to Second team this year, and junior utility Taylor Shore received honorable mention for the first time.

Helping guide Santa Barbara to its conference title victory was the outstanding play of Murphy, who was also named the tournament’s MVP after recording three hat tricks in three-straight matches and a record nine goals. She also finished second on the team with 72 points, 40 goals, 32 assists, and 36 steals.

Not all her accomplishments are in the pool though. The San Jose native was recently named the 2015 Big West Scholar-Athlete of the Year.

Another strong force in the paint for UCSB is a two time Big West Player of the Week recipient in Martin,who finished her senior season strong after coming off the bench. She led the team in scoring with a team-high of 49 goals and an impressive .505 shooting percentage.

Complementing the Gauchos’ potent offense was their stout defense as well. Fortunately for the Gauchos,  they had Brokaw defending the cage. The fourth-year goalie registered 267 saves this season, 60 more than the second best finish on the team, averaging 8.9 per game.  Going into this weekend, she is only 10 short from moving up one spot to third on the All-Gaucho list.

“I expect us to continue to ride the wave we are on – with a championship mindset, having each others back, and competing in every minute and every second of the game no matter what,” said Coach Kay on the team’s expectations this weekend.

The NCAA Tournament will take place at the UCLA Spieker Aquatics Center beginning Friday, May 13 through Sunday, May 15. UCSB is set to face Stanford at 1:45 p.m.

The winner of Friday’s match will advance to a Saturday semifinal against the victor of the tournament’s first game between UCLA and either UC San Diego or Whittier. Those two will meet in one play-in, while the other will pit San Diego State against Wagner.

A version of this article appeared on page 9 of May 12, 2016’s print edition of the Daily Nexus.