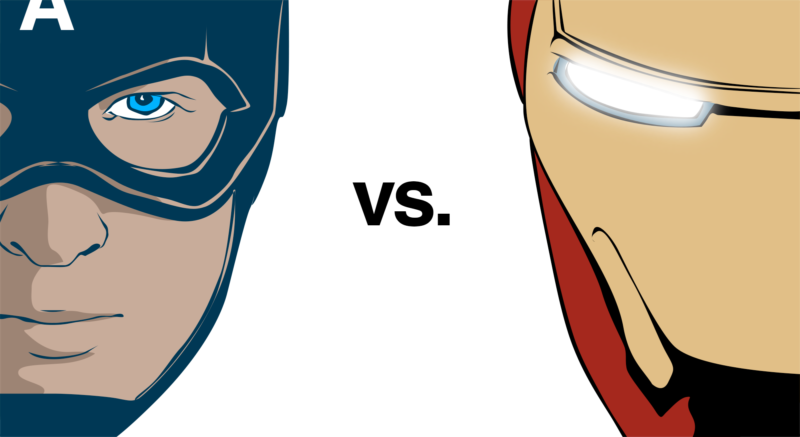 After seeing two massive scale superhero movies in a row that turned out to be letdowns (“Age of Ultron” and the abomination from DC’s side of the aisle, “Batman v Superman: Dawn of Justice”), I hoped that the directors, the Russo brothers, would be the ones to bring back the sheer thrills of “The Avengers.” So … damn. Way to kick off Phase three, guys.

What they did is nothing short of remarkable: They managed to make a film that, character-wise, is even larger in scale than “The Avengers,” and it works. There are more heroes, more motivations and more stories to tell than ever before, yet it never feels overstuffed or forced. “Civil War” puts Captain America (Chris Evans) and Iron Man (Robert Downey Jr.) in opposite ideological seats and sets them against each other. Each man comes up with valid points to back up their arguments, giving them motivation and lending actual believability to why they are fighting each other. Too bad it ended when Iron Man found out he and Cap’s mothers have the same name (I apologize to those who have heard that joke already ad nauseam).

These two leading men predominantly take up the screen, but they also share it with oh so many welcome returns, the highlights being the wry Falcon (Anthony Mackie) and Ant-Man (Paul Rudd), who drops some dead-on one-liners on the members of Team Iron Man. Some character development is hinted at with Vision (Paul Bettany), ripe for growth in further sequels. Scarlett Witch also gets a really good mini-arc, but Elizabeth Olson apparently couldn’t decide between an American or Russian accent. When these guys all throw down, it’s absolutely glorious. It also speaks to the strength of the writing by showing that, despite their conflict, the Avengers don’t suddenly all hate each other. They’re still friends with different ideas, and you know what? That’s usually why friends fight. Bravo to screenwriters Christopher Markus and Stephen McFeely.

Also on the character front, some welcome fresh blood gets added to the mix. Chadwick Boseman’s Black Panther couldn’t have been brought into the fold better, even if he had debuted in his own solo origin film (which is coming in 2018). Developed, badass and quick-witted, he’s an awesome new addition to the lineup. Same for Tom Holland’s Spider-Man (whose solo arrives 2017). Unlike Maguire and Garfield, Holland actually feels like a high-schooler. That’s not just because the actor is younger; he has actual concerns and personality traits beholden to a teen. And he’s fun! Spider-Man is fun again! And funny too! Boy, way to stick it to Sony. And to Joss Whedon, showing how not to overdo it on the quips.

Then there’s the villain, Zemo. Although I am still a little confused about how he managed to do what he did, in retrospect (five hours post screening, to be precise), I am particularly impressed with the character. Unlike previous Marvel big bads, he’s not a dark mirror of the protagonist or a warlord commanding vast armies. Defying expectations even for the characters, he’s just a normal, albeit clever man out for sweet revenge. Yet he is able to set the Avengers against each other and have them dance in the palm of his hand. Hope Loki’s taking notes.

As much as I would prefer not to do this, I have to directly compare “Civil War” to “Age of Ultron” here for a moment. A major reason why “Age of Ultron,” while not a complete failure, was a disappointment in the fact that it felt completely bereft of character development (stupid shoehorned romances aside). At no point was I convinced to give a shit about what was happening to the Avengers. I found myself much more invested in the personal conflicts of “Civil War,” which besides still being a frenetic and fun action romp tells a really good story about strained friendships. There’s actual heart here. So Russos? Markus? McFeely? Thank you. Don’t fuck up the “Infinity Wars.”