The Daily Nexus
Sports
UCSB Drops Another Conference Road Series
May 9, 2016 at 5:10 am by Jorge Mercado

The No. 18 UCSB baseball team comes back home to Santa Barbara disappointed yet again after another frustrating series loss against a conference opponent, this time against UC Davis. 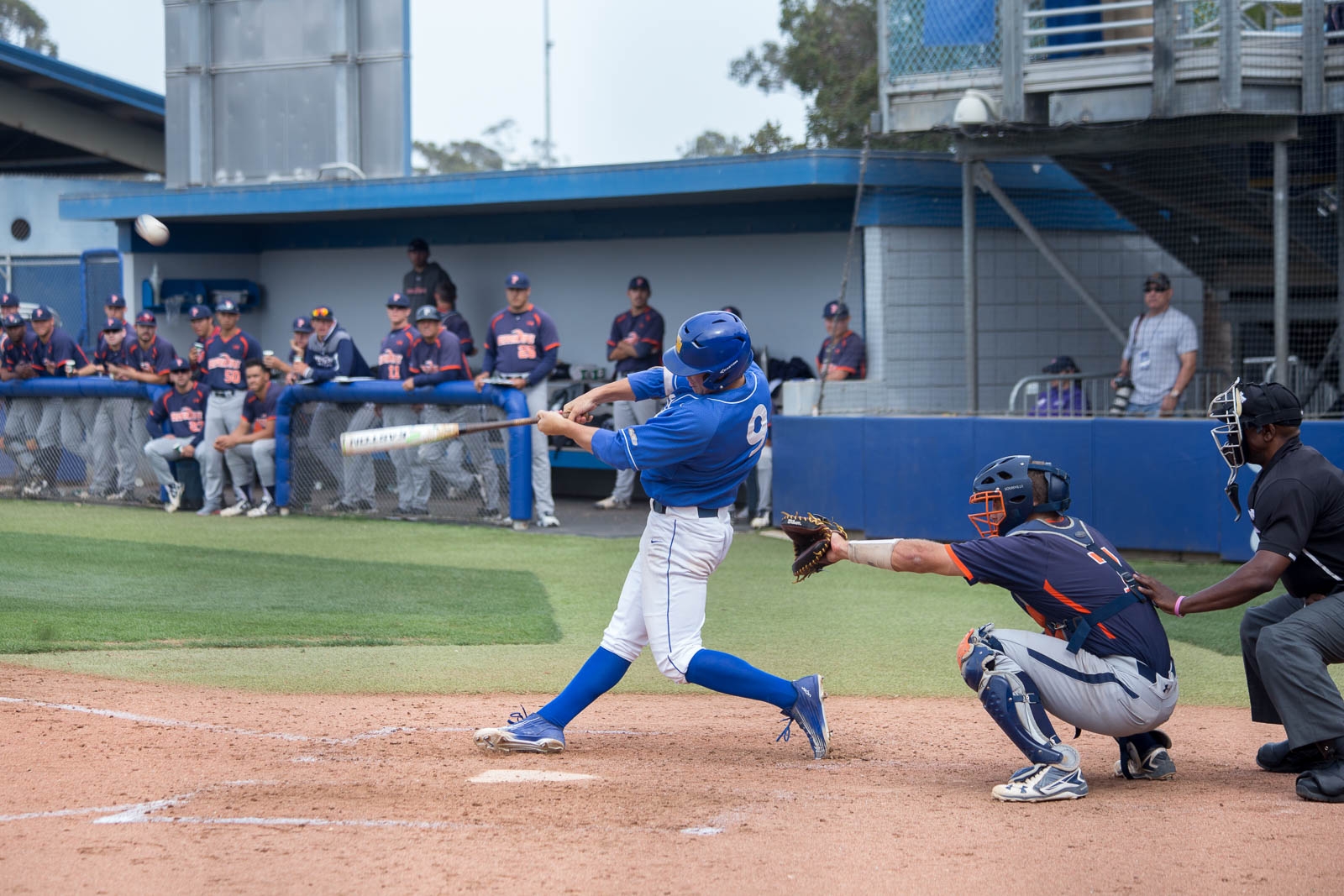 The two losses and one win put the Gauchos at 31-12-1 overall while dropping them to 9-6 in the Big West. The Aggies improve to 15-26 on the season and now stand at 4-11 in conference play. However, they are still in last place in the Big West standings.

The road woes continue for Santa Barbara, which has now lost five of its last seven games away from home, with all five being conference losses.

Still, on Sunday the Gauchos had a chance to win the series against a team that has struggled mightily this season in UC Davis. Normally, after winning Saturday’s game, you would expect UCSB to come out firing. However, this was not the case.

The Aggies beat the Gauchos on their Davis home grass 13-3, administering the second worst loss of the season to their opponents and outhitting them 17-6 over the course of the game.

UCSB started strong, taking a 2-0 lead after the top of the second inning thanks to redshirt sophomore JJ Muno earning an RBI single and later scoring a run himself.

The Aggies roared back in the bottom half of the frame, scoring four runs, two of which came from sophomore Brad Pluschkell’s two-RBI double down the left field line.

After a scoreless third from both teams, UC Davis went on to score two runs in the fourth, two in the fifth, three in the sixth and two in the seventh to take a commanding 13-2 lead.

The Gauchos added one measly run in the top of the eighth to make it 13-3, but it was not nearly enough to dig themselves out of the huge deficit they faced.

UC Davis had many big hitters over the course of this game, including freshman Logan Denholm, who went 3-5 (.600) and finished with four RBI, two runs and one big, two-shot home run in the sixth inning.

Senior Tanner Bily had a perfect hitting day, going 3-3 with two runs scored and an RBI. Sophomores Pluschkell and Justin Allen had an identical night, both going 3-5 (.600) on the day and scoring two runs and batting in two.

Freshman Kyle Hatton (3-1) had a tough outing for the Gauchos. The left-handed pitcher picked up his first loss of the season after allowing four hits and four runs in 1.1 innings.

Relieving sophomore pitchers Kyle Nelson and Kenny Chapman did not fare any better, combining to allow 12 hits and nine runs, eight of which were earned runs, in only 4.2 innings.

Only one UCSB hitter, redshirt junior outfielder Devon Gradford, registered more than one hit on the evening.

Before Sunday’s terrible blowout, Santa Barbara managed to tie the series at one after defeating UC Davis 7-3 in a game that was pushed back two hours past the original start time due to rainy conditions.

Once the game commenced, the Aggies looked ready to play, taking an early 1-0 lead after freshman Alex Roeser was walked on with the bases loaded, picking up an RBI. Redshirt sophomore pitcher Joe Record forced the next batter into a fielder’s choice to stop the bleeding.

Santa Barbara added a run in the top of the sixth which UC Davis quickly countered in the bottom half of the frame with a run of its own to make the score 5-2.

Freshman Caleb van Blake hit a sac fly in the bottom of the eighth inning for UC Davis to cut the lead to 5-3 and give his team some hope down the final stretch.

However, sophomore Austin Bush put the game away in the top of the ninth inning, blasting a two-run homer to right field and ending the game at 7-3 in favor of UCSB.

The home run by Bush, the team’s first baseman, was his fifth of the season and now is the new team high. It was the sophomore’s only hit of the day, but it was a big one.

Record (5-4) was able to pick up his fifth win of the season after going six innings and allowing only one earned run while striking out seven batters. Nelson picked up his team-high fifth save of the season.

Before evening up the series, Santa Barbara struggled to stop UC Davis in the final two innings of the first game, leading to its eventual 6-2 loss.

The Gauchos looked fine in the first innings, especially in the second when they scored two runs thanks to sophomore Clay Fisher’s RBI single and Calica’s RBI walk to take the early 2-0 lead.

In the next four innings neither team scored, meaning UCSB kept its 2-0 advantage. Junior pitcher Shane Bieber was great throughout the first six innings, allowing only three hits while striking out seven batters.

It looked as though the pitcher was going to cruise into his career-high and Big West-high ninth victory until the bottom of the seventh, when UC Davis rallied three runs off three hits to take a 3-2 lead.

The Gauchos were unable to retaliate in the top of the eighth, which meant the Aggies could extend their lead in the bottom half.

Redshirt junior Trevor Bettencourt pitched only 0.1 innings but allowed three hits and three more runs to UC Davis, which put them up 6-2 after eighth and it was enough to seal its victory.

The Gauchos road woes keep plaguing them this season as 11 of the team’s 12 losses have been away from Caesar Uyesaka Stadium. Its road record is now 7-11-1 on the season, the fourth worst in the Big West.

There is no doubt that UCSB is a contender and a tough opponent, but as some point it will need to prove it can win on the road on a more consistent basis.

The NCAA Regionals, Super Regionals and College World Series will not be held at Caesar Uyesaka Stadium, so in order for this team to be as successful as it wants to be it must be able to go on the road and win.

The Gauchos’ next game is Tuesday, May 10 against CSU Bakersfield at 3 p.m. at Caesar Uyesaka Stadium.