The Daily Nexus
Sports
Gauchos Looking To Score Some Road Victories
May 6, 2016 at 12:10 pm by Jorge Mercado

The No. 18 UCSB baseball team takes its five-game winning streak on the road and puts it to the test against conference opponent UC Davis this weekend. 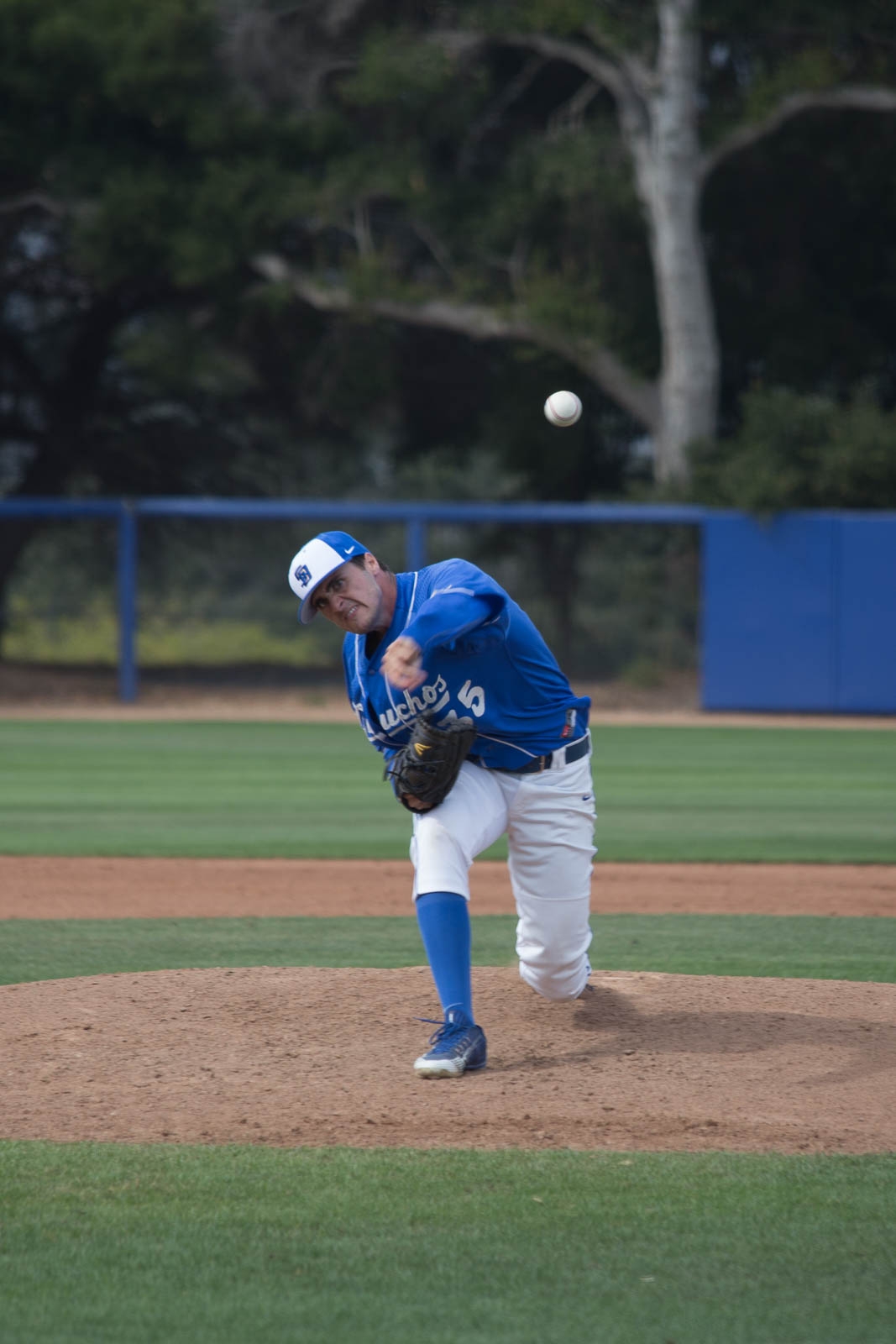 The Gauchos travel to Sacramento with boasting a 30-10-1 overall record while maintaining a solid 8-4 Big West record and a second place standing in the conference.

The Aggies have struggled to this point in the season mustering only a 13-25 overall record and are currently last in the Big West standings at 2-10.

One thing that has plagued Santa Barbara this season has been playing on the road. To this point, it has only registered a 6-9-1 record away from home. UCSB’s last series against a conference opponent on the road ended with them surrendering all three games to Cal Poly.

To its credit, however, the Gauchos won their last game on the road, at St. Mary’s, in an 11-inning thriller that ended with a final score of 4-3.

This season, UC Davis has taken a step back from last year in which it finished 30-26-1. With two or more losses in its final 14 games, it would already have more losses than it did a year ago. However, the Aggies are currently riding their longest winning streak of the season, which is ongoing at four.

These two teams met a year ago in Santa Barbara with the home team registering the sweep. Still, all three games were close with two of them ending in a one-run victory for the Gauchos. UCSB has not lost a game in Dobbins Stadium since in the Andrew Checketts era and has won the last five series against UC Davis.

In conference games this season, the Aggies have been in the middle of the pack ranking fifth in on-base percentage (.339), sixth in batting average (.262) and seventh in slugging percentage (.344).

He is helped by junior Mark Cardinalli who ranks ninth in the conference in batting average with a .327.

However, one major problem for the Aggies is their earned run average which ranks dead last, ninth, in the conference at 6.99.

Big time Gaucho hitters will look to take advantage of that mismatch and attack early and often. UCSB is led by sophomore first baseman Austin Bush who leads the team in batting average (.326) and RBI (32) which also ranks 10th and fifth in the conference respectively.

Catcher Dempsey Grover is another top-20 hitter in conference in batting average which is currently at .309. Redshirt sophomore infielder J.J. Muno has also been solid for the team ranking second in hits (42) and tied for first in home runs (4).

UCSB also has two of the better pitchers in conference with junior Shane Beiber (8-2) and sophomore Kyle Nelson (6-0). Nelson currently holds the best ERA in the conference, 36th in the NCAA, with a 1.80 ERA and his 59 strikeouts are 12th best in the conference.

Beiber ranks first in the conference in wins with eight, tying a career high, eighth in the Big West in strikeouts (59) and 13th in ERA (3.12).

This is a big weekend for the Gauchos as they have the opportunity to keep moving up the conference rankings with a series against one of the weaker opponents they will face this season. They also need to prove they can win away from their impenetrable home fortress.

UCSB faces UC Davis starting Friday, May 8 at Dobbins Stadium at 2:30 p.m. Saturday and Sunday’s game are at the same location and both are at 1 p.m.