The Daily Nexus
Track and Field
Gauchos Continue Dominance in Rival Showdown
May 2, 2016 at 5:00 am by Duncan MacPhee

UCSB men’s and women’s track and field teams both ended the regular season on a positive note Saturday, extending each of their win streaks over Cal Poly in the annual dual meet between the two rivals. 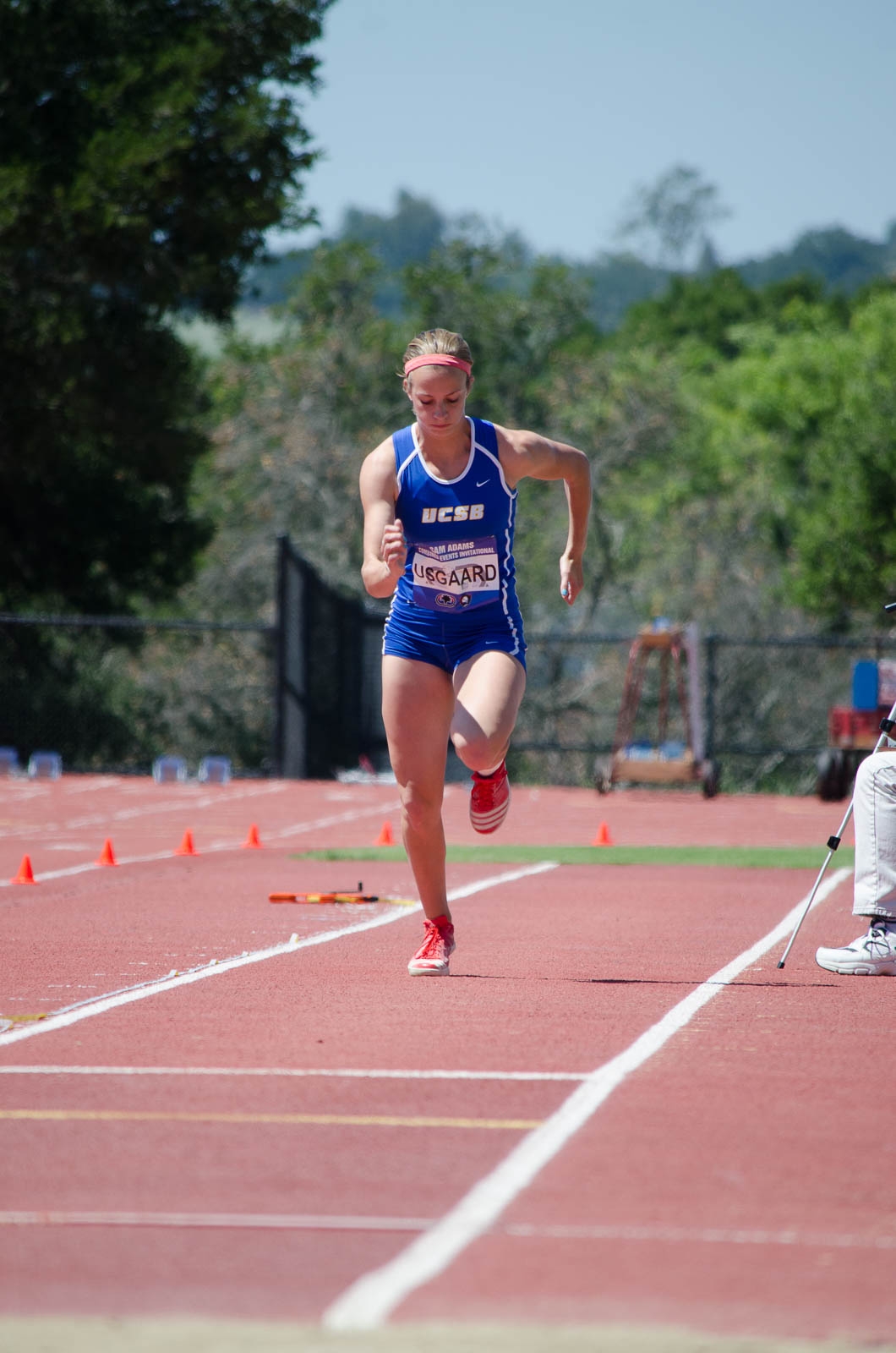 Competing in the heptathlon, Tori Usgaard runs towards the sand to perform the long jump. Christina DeMarzo / Daily Nexus

The men won 106-93, making it the sixth-straight year that they have come out on top against the Mustangs. Even more impressively, the women won for their seventh-straight year by a score of 106-95.

The Gauchos won 22 out of the 38 events in the meet, which was scored 5-3-2-1 with just two athletes from each team allowed to score in each event.

The last time either of the Gauchos’ teams lost to Cal Poly it was 2010 (men’s), before any of the athletes on this year’s team were even thinking of competing at the collegiate level.

Athletes at the end of their last seasons of eligibility, like standout distance runners Tori Tsolis and Shyan Vaziri, can now move forward knowing that they’ve ensured graduation without ever suffering a loss to the rival Mustangs in their careers at UCSB.

Santa Barbara also had some terrific winning performances from seniors on the field side of the action, including Jessica Emde’s 1.74m leap in the high jump and Melissa Rake’s 43.84m toss in the javelin.

A couple other Gauchos upperclassmen were able to sweep the 3000m steeplechase races on Saturday, with juniors Kelsey O’Connell and George Baier helping the team come out on top on both the women’s and men’s sides. O’Connell finished her race in 10:56.21, while Baier crossed the line of his in 9:22.60.

Another pair of juniors helped UCSB to victory in a couple of the shorter distances, the 400m on the women’s side and the 200m in the men’s section.

Some of the younger Gauchos made an impact as well on Saturday, including freshmen Hope Bender and Andres Rodriguez in the hurdles. Bender won the 100m hurdles with a run of 13.91 seconds, beating out teammate and decathlete Tori Usgaard who was able to finish third in the race.

Rodriguez came in second place in the 400m hurdles on the men’s side with a time of 58.61 seconds, just behind junior teammate Myles McDonald.

UCSB runners also did well working together when they teamed up for the relays, winning both 4x400m relays as well as the 4x100m relay on the women’s side.

Also notable were the performances of a few young Gauchos in the pole vault, with sophomore Parker Curry taking the win on the men’s side and freshman Sierra Emrick taking the win for the women. Curry jumped 4.88m while Emrick leapt 4.05m, and sophomore Lauren Larson took second for the women with a jump of 3.45m.

The UCSB track and field teams will look to carry the momentum earned Saturday over into the Big West combined events at Long Beach State this Friday and Saturday, May 6 and 7. The Gauchos will also participate in the Occidental Invite at Occidental College in Pasadena on Saturday.