The Daily Nexus
Opinion
Dangers of Self Diagnosis
May 2, 2016 at 5:00 am by Anjalie Tandon

If as many people that claim to have insomnia, anxiety, paranoia, anorexia, depression or addiction actually do, we would be living in one big mental institution. But we aren’t, which means some of these claims are invalid. Already doctors are labeling everything short of perfection — if a student is “too outgoing,” he must have A.D.D. — like that, illnesses are given out like candy. But apparently there isn’t enough candy going around because people have been diagnosing themselves.

Three sleepless nights? You must have insomnia. Stressed? You have anxiety. Scared? You have paranoia. Sad? You’re depressed.

Every small issue is transformed into a clinical and serious problem and it may be because that’s the only thing that gets taken seriously anymore. Therefore people are going about diagnosing themselves with things that — for the majority of the time — they don’t have. This is called self-diagnosis and is in no way a credible source of diagnosis.

For some, the purpose it may serve as an excuse or rationalization for their general behavior or personality. For others it simply adds desired depth to their character. Perhaps happiness has come to be viewed as a superficial emotion relative to the perceived depth behind sadness, envy, anger and hopelessness. This need to manipulate one’s state of mind and emotional being is unprecedented and it can be credited to mankind’s increasingly heightened sense of self-awareness.

See, the more we understand about ourselves, the more we are subject to change, the more we are capable to change and the more we desire to change. People deliberately alter their hair color, sense of style and personality, so why not their mental well-being? People are all too similar to books, and every book must have a plot to be interesting. A simple book with no complexities is unrelatable and bland. Where there are no problems, many create their own so they become a lovely, deep novel that captures the intrigue of many.

On the other hand, to understand the person who already has enough troubles and yet still engages in self-diagnosis, one must understand that more than any drug, sadness is addictive and sadness is comfortable. Once lost in despair, it is difficult to recall knowing or wanting anything different, thus leading to the creation of problems.

However, some truly believe they have the illnesses they claim to have, and this is where the danger begins. Illness activates in the mind and it is possible to think of yourself as sick. People tell themselves as well as others they have problems so often they come to believe it themselves, and this triggers the destructive behaviors that are associated with the illness they have chosen to associate themselves with. 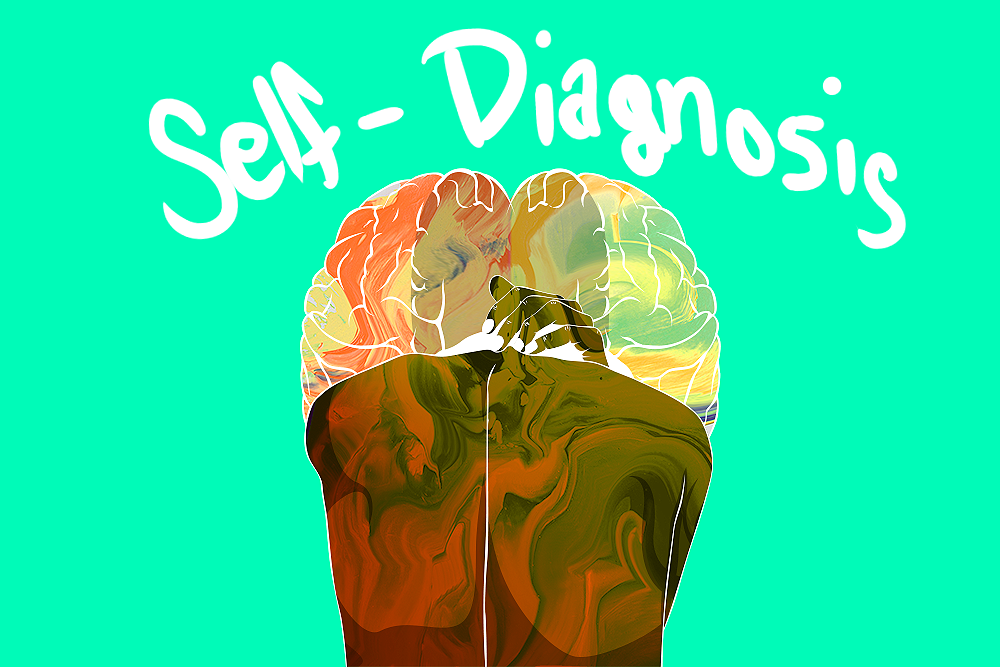 Someone once told me, “Maybe you want yourself to have a problem.” This — as unconventional as it seems — may hold some truth, specifically regarding this generation, which seems to be deeply infatuated with sadness, troubles and complications. Perhaps this is the reason they wish problems on themselves and create them out of nothing.

But in the creation of these nonexistent problems, something bigger and more permanent grows, something real. Somewhere along the road you fall into your made up illness and it becomes a reality.

Those who desire something like this to get lost in — those who are somehow completely seduced by the concept of sadness and difficulty — have failed to understand why these mental illnesses are classified as illnesses. Due to widespread self-diagnosis, it becomes viewed as common to have certain mental illnesses, which detracts from the credibility and importance given to those who truly have these illnesses.

One can possess a mental illness, but that does not mean that one is that illness.

It is almost distasteful the way in which people use their self-diagnosed problems as a conversation piece, as if it is just another shining characteristic to highlight. This behavior creates the idea that one’s mental illness defines who they are, when this is simply not the case. One can possess a mental illness, but that does not mean that one is that illness.

Of course, it should go without saying that understanding that something within you is wrong is not the same as creating something wrong within yourself.

It cannot be said that the reason people self-diagnose is unknown, for the basis of their actions makes seems to make all too much sense.

Still, nothing can make it right.

Anjalie Tandon urges you to take the reality of mental illness seriously.

Garbage. How about a real piece on mental health? Instead a half baked opinion piece of mindless dribble

Then put your money where your mouth is. Write something on the subject, instead of criticizing someone else. And you DO realize this is in the Opinion section, right?

Yes it is the opinion section but this was a half assed lazy opinion piece with no real point.

“This behavior creates the idea that one’s mental illness defines who they are, when this is simply not the case. ” Yeah this is bullshit. A person’s mental illnesses are a huge part of who they are. It affects every other part of your personality. The sooner you accept it as part of you, the sooner you can learn to work with it and appreciate some of the ways that it has shaped who you are. It sucks, but it’s not going away either so you best make amends or it will keep stabbing you in the back. None of… Read more »

Regardless, you cannot tell people that they are, for example, their depression.
The point here being that the problem is people are characterizing themselves as such and thus making it into a sort of an identity.
An illness is no ones identity. People are more than what happens to them

“Regardless, you cannot tell people that they are, for example, their depression.” Right, because we have collectively decided that feelings are more important than the truth. Err wait no I didn’t decide that. I can tell people whatever I want. “The point here being that the problem is people are characterizing themselves as such and thus making it into a sort of an identity.” it’s not part of your identity is much” Pretending that it’s not part of your identity is unhealthy and short-sighted. “An illness is no ones identity.” Is, no. Part of, absolutely. “People are more than what… Read more »

i thought it was ok