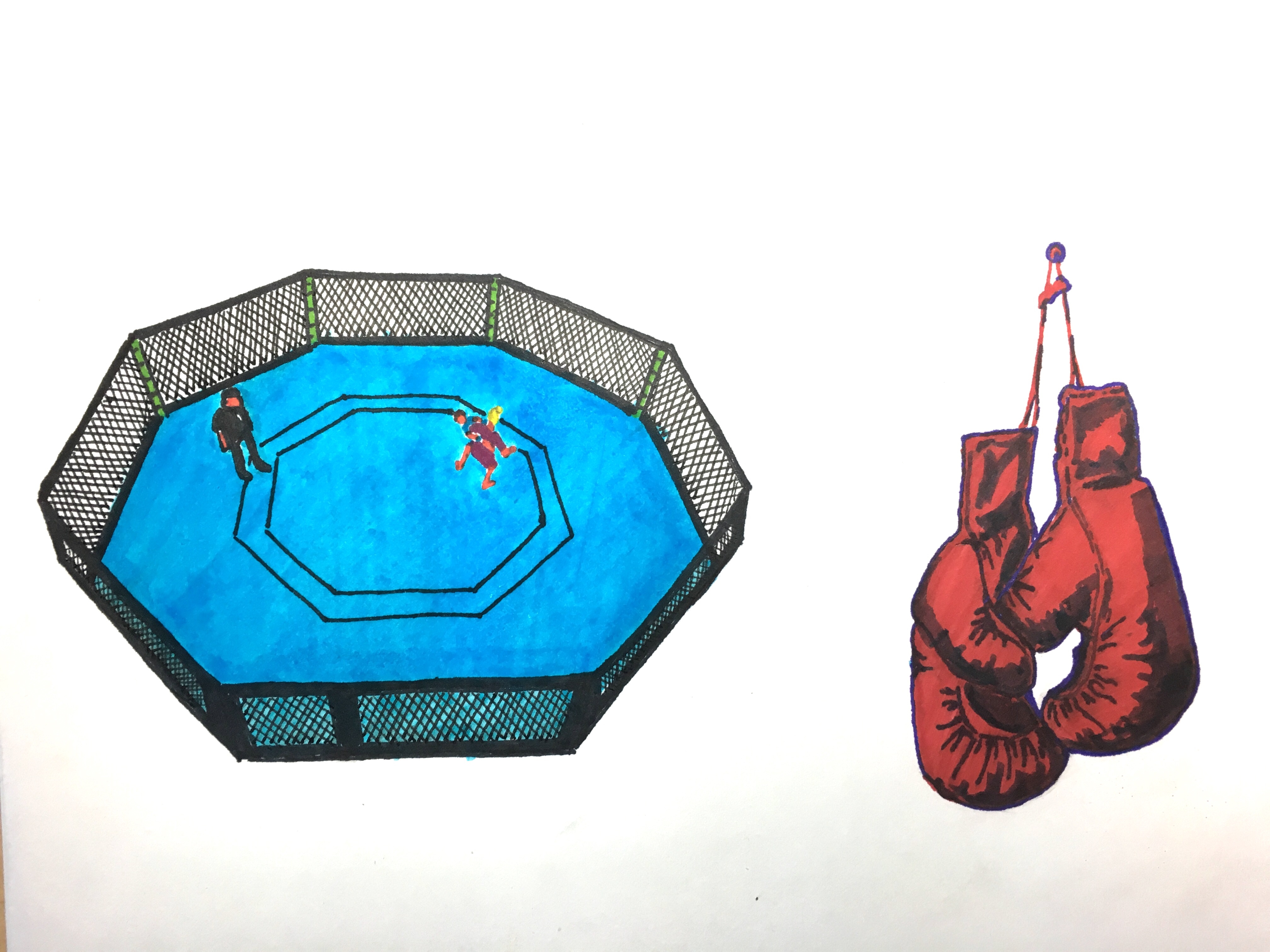 After Gennady “Triple G” Golovkin made quick work of the previously undefeated Dominic Wade via a second round knockout this past Saturday, earning his 22nd consecutive knockout victory, there were two things that were inevitably clear.

To begin, the 34 year old in Golovkin possesses an undefeated record of 35-0, in which 32 of his wins are by virtue of knockout. Able to retain his current total of four Middleweight titles with his weekend victory, the question of who can stop Triple G’s reign remains.

Fighting in front of a crowd of 16,353 roaring fans at the sold-out Forum in Inglewood, Calif. in addition to the thousands of fans tuning in by purchase of Pay-Per-View, this past weekend was a clear reminder that boxing is still king in the fighting industry.

Coming into the fight, Golovkin was the clear favorite with the odds in his favor. Wade was a +1600 underdog. Meaning, had Wade won and someone placed a hundred dollar bet on him, those that gambled on the 26 year old would have received a $1600 payout according to ESPN.com.

However, the game of odds did not hold much significance in Saturday’s bout once the bell rung and the referee gave the signal for the clash to begin as Golovkin established his lopsided dominance from its very beginning.

Wade, in his neon green Everlast gloves, attempted to establish the jab early against a fairly static Golovkin. In typical Triple G fashion, Gennady walked down his opponent and did not show much head movement in the early parts of the round, but Wade was unable to capitalize on Golovkin’s lax defense.

Toward the end of the round, Golovkin, a Kazakhstan native, landed a solid overhand right and dropped Wade for the first time with only ten seconds remaining in the opening round, marking the beginning of the end for the young American middleweight.

Despite getting knocked down in the first, Wade seemed to have gotten himself back together as he entered the second round connecting with a flurry of punches, but Golovkin regained his composure showing some solid defense and continued to seek his opponent.

Triple G took the punishment but seemed unmoved and responded a few moments later with a three punch combination that would drop Wade for a second time. The jab, uppercut and cross all landed with fervor and it might have been the end right there, but Dominic showed the heart of a champion by getting up and began exchanging once again. Regardless of the heart Dominic displayed, Gennady Golovkin wrapped up the night by delivering an unforgiving right hand on the button. With all that it was over.

As Triple G added another consecutive knockout as well as another successful title defense to his already impressive resume, there was a question looming over everyone’s head: Will Saul “Canelo” Alvarez be the next opponent?

For the sake of boxing, we hope so.

As previously mentioned in my colleague Sean White’s “Rebirth of The Ringside, Thurman Vs. Porter,” the sport of boxing is due for a major facelift. As the career of Manny Pacquiao nears its ending following the retirement of Floyd Mayweather Jr., the boxing industry is in need of a new ‘poster boy.’

However, what my fellow counterpart has failed to mention is that the sport of boxing does not need to be revived; it has and always will continue to thrive. Perhaps to the casual boxing fan there are not enough stars in the sport to attract them to drop hard-earned cash to watch a hard-fought fight.

Certainly, UFC and MMA has been a hot commodity over the past years, garnering the attention of many. But the truth of the matter is that both fighting organizations still have a long way to go. With regard to the vulnerability of all fighters in both MMA and boxing, it’s difficult to surpass the reality that the elite fighters of the UFC and MMA still make just a fraction of the pay day’s top prize fighters in boxing currently make.

A fair question would be, why is it that there is such a disparity between combat athletes? I would propose to take a look at the popularity of the sports as a primary indicator as to how much each sport can afford to pay its athletes.

The more paying viewers open to patronize the sport, the more the promotion has in profit, which in turn can find its way to compensate the fighters.

According to a survey conducted on the discrepancy between the two combat sports posted on sherdog.com, the global authority on mixed martial arts, MMA has less avid fans than boxing.

The amount of boxing fans weigh in at totals of 12,698,000, while the MMA fan base is at 12,219,000. Aside from the sheer numbers, it is when the demographics get broken down that there is a clearer understanding as to why one sport makes more money than the other.

MMA has more viewers in the 18-29 age group than boxing. A total of 1,133,000 in that demographic have reported that they would prefer to watch Mixed Martial Arts. According to the same study on the other hand, the older age groups consisting of 30-44 and 45-64 would rather watch boxing. That is 853,000 more people with more money to spend.

Even though the future is looking good for MMA, currently the demographic with the most disposable income would prefer to spend their cash on good ol’ fashion pugilism.

Despite all the numbers, statistics, PPV buys and more, most people get stuck in a mindset of the polarity. For most people it is either or, but one thing is for sure. There is definitely enough room for the both of them.

A version of this article appeared on page 9 of April 28, 2016’s print edition of the Daily Nexus.