Kimberly Selkoe, who has been investigating the genetic diversity of coral reefs across 13 Hawaiian Islands, published findings of a UCSB Marine Science Institute study on Wednesday.

After collecting 17,000 samples of DNA from 47 species of reef animals from the Hawaiian Islands, Selkoe and the group of researchers discovered that large areas of coral reef that had not been disturbed by humans or climate change had the most genetic diversity.

The team also found lower levels of genetic diversity in areas that experienced the most frequent coral bleaching conditions, which occurs when the ocean’s temperature increases. 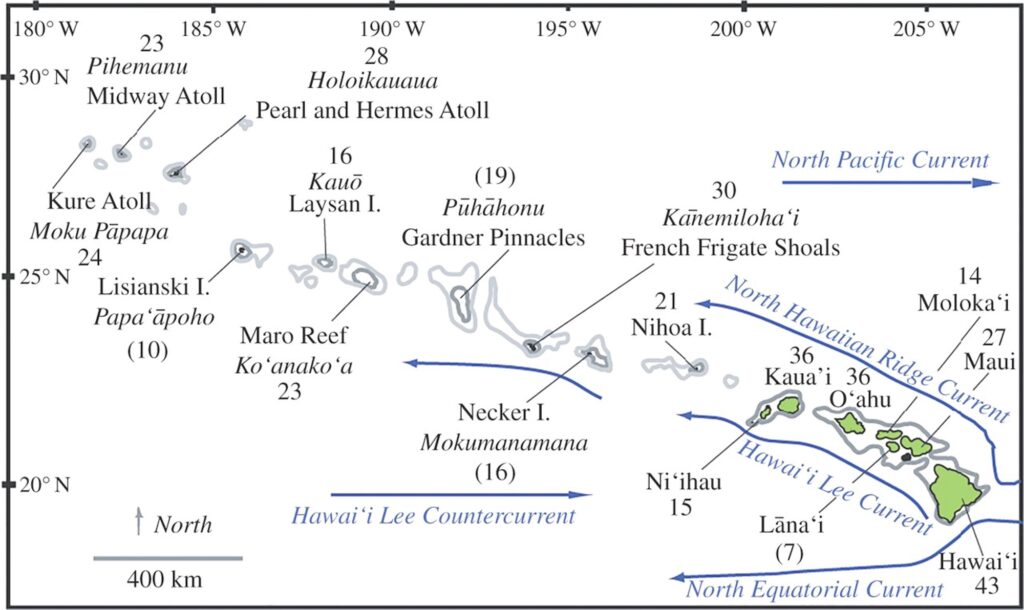 Kimberly Selkoe hopes that her research across 13 Hawaiian Islands will help to preserve the genetic diversity of coral reef systems. Courtesy of raspy.royalsocietypublishing.org

“This negative impact of thermal stress on genetic diversity suggests that climate change can compromise the adaptive capacity and genetic integrity not just of corals but of the entire coral reef community,” Selkoe said in a press release.

Additionally, Selkoe and her team of researchers have discovered that Pacific reefs have experienced thermal stress up to 240 percent higher than Hawaiian ecosystems.

Genetic diversity is crucial for processes like species diversification that lead to the complex community structure typical of coral reefs and other highly biodiverse ecosystems.

Due to this, current conservation strategies are heavily directed toward preserving large areas with high genetic diversity.

Prior landscape genetic studies have focused on, at most, a handful of species at a time.

To date, few studies have explored the range of genetic diversity patterns across a large sample of distributed species and the role of life history in mediating these patterns.

“If these relationships can be confirmed and replicated elsewhere, DNA sampling may one day allow rapid assessment of species diversity and new metrics of resilience and adaptive capacity.” —  Kimberly Selkoe

None have focused on a sample that includes representatives from multiple organisms from different ecological groups. Thus, the debate on whether conservation should be directed toward small or large marine reserves has never truly happened.

These new findings suggest that although Papahānaumokuākea Marine National Monument (PMNM), which surrounds the Northwestern Hawaiian Islands, protects the majority of Hawaiian reef biodiversity, populations in the main Hawaiian Islands (MHI) are genetically distinct and call for additional protection.

“Our study provides support for campaigns — such as the Big Ocean initiative — which seek to protect large areas of pristine coral reef habitat,” said Robert Toonen, co-author and researcher from the Hawaii Institute of Marine Biology.

Selkoe hopes the study provides a foundation for new strategies for monitoring and preserving the genetic diversity of entire reef ecosystems.

“If these relationships can be confirmed and replicated elsewhere, DNA sampling may one day allow rapid assessment of species diversity and new metrics of resilience and adaptive capacity,” Selkoe said in a press release.

A version of this story appeared on p. 14 of the Thursday, April 28, 2016 print edition of the Daily Nexus.