The Daily Nexus
Track and Field
Solid Performances From Gauchos At San Diego
April 25, 2016 at 5:01 am by Duncan MacPhee

UCSB track and field sent a small group of athletes down to San Diego this weekend to compete in the Triton Invitational on Friday and Saturday at UCSD. The rest of the team took the weekend off to rest and prepare for the big dual meet this upcoming Saturday at Cal Poly. 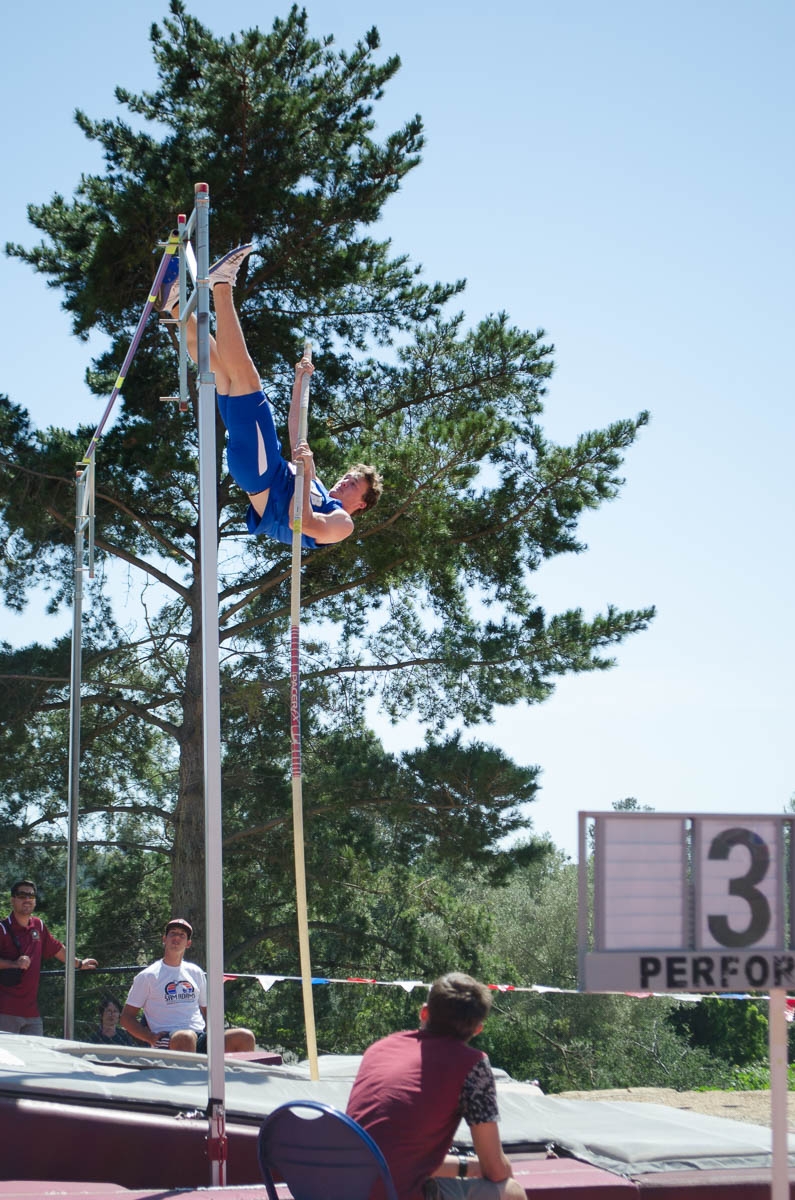 The bulk of the athletes in action for Santa Barbara this weekend were competing in throwing events, as UCSD’s facilities are set up to be particularly friendly to these types of events. This is especially true for the hammer throw according to Assistant Coach Peter Van Beurden.

There were four Gaucho men entered in the hammer, including sophomore Jeremy Franklin who led the way with a throw of 59.45m that set him up for a seventh place finish.

Also competing in the hammer were juniors Stephen Leach and Denley Rodriguez, as well as freshman Kordell Hampton. The elder Leach and Rodriguez threw 53.92m and 49.65m, while the younger Hampton tossed 48.94m.

UCSB also had a large presence in the men’s discus event, including appearances again from Leach and Hampton. Leach once again had the strongest showing of all the Gauchos entered, throwing 48.43m.

Hampton followed with a heave of 48.17m, and sophomore Jeremy Franklin rounded out the Santa Barbara squad with a toss of 46.45m.

The women also had three athletes entered in the discus. Sophomore Kayla O’Brine led the group with her throw of 45.98m. Senior Ashley Alama and sophomore Kayla Thayer followed with respective throws of 42.48m and 40.85m.

Meanwhile, over in the shot put the Gauchos had one athlete competing from both the men’s and women’s sides. Both finished in the middle of the pack of their fields.

Highlights of the action in non-throwing events include second place performances in both the men’s 400m hurdles and the women’s 200m dash.

Junior Myles McDonald ran the 400m hurdles in 52.11 seconds, and freshman Alanna Epps sprinted the 200m dash in 25.56 seconds to set up the only top-three performances of the weekend for UCSB.

Epps also ran in the 100m dash on Saturday, finishing in the middle of the pack with a time of 12.51 seconds.

UCSB also had a few athletes running in the longer distances on Saturday, including sophomore Jade Fuller in the women’s 800m race. She finished in the 19th spot with a time of 2:15.39.

The Gaucho men had a couple athletes entered in their side of the 800m, including promising freshman runner James Douglass. Douglass came through with a 1:53.94 performance, good enough to take the 15th spot. Junior Edixon Puglisi trailed him by a little over a second and a half, finishing in 1:55.65.

The last UCSB athlete in competition on Saturday was junior Andrew Verdin, who ran a 4:08.25 in the men’s 1500m race.

Now the Gauchos track and field squad will switch gears and look ahead to the huge dual meet this Saturday, April 30 at rival Cal Poly in San Luis Obispo.