The No. 13 UCSB baseball team went into Cal Poly with all the momentum of a four-game winning streak and a first place standing in the Big West but the Mustangs were not fazed and swept the Gauchos for the first time since the 2012 season. 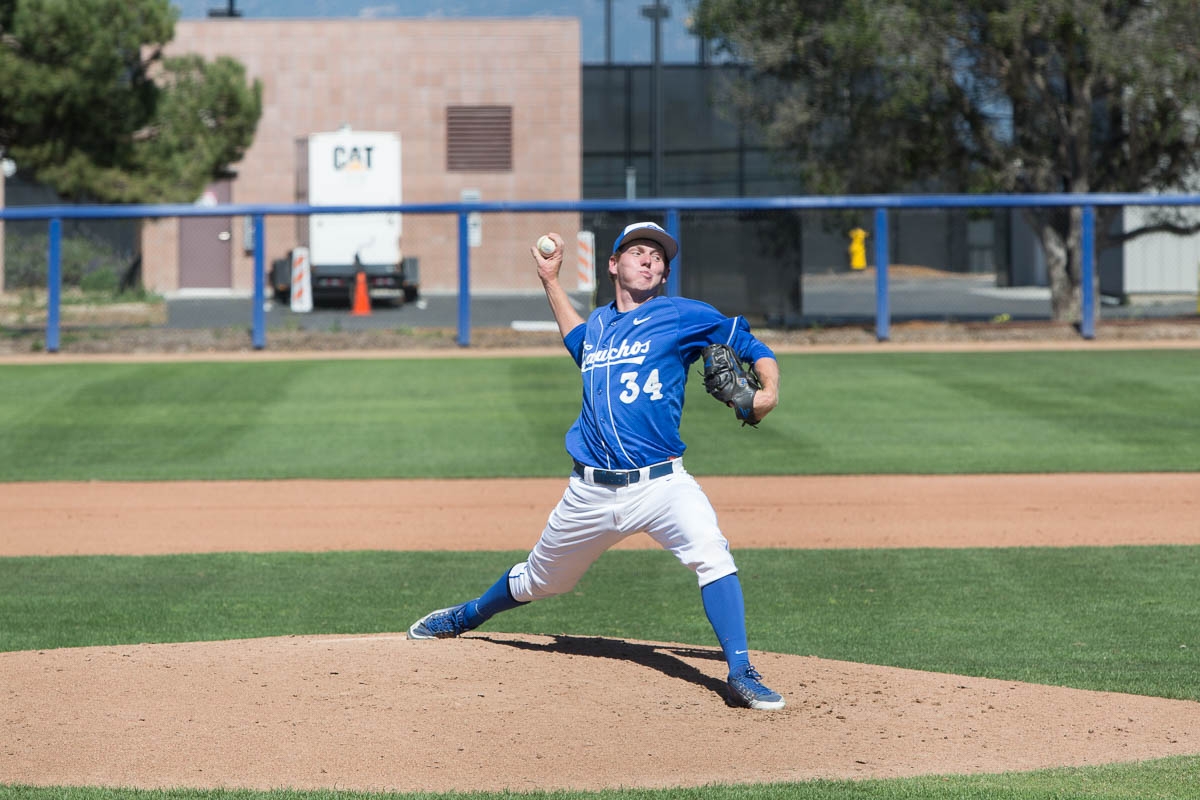 The three losses drop Santa Barbara to 25-10-1 overall and 5-4 in conference play. This past weekend was the first time it was swept this season. Cal Poly improves to 25-13 on the season and 7-2 in the Big West. The Mustangs have won 41 of the last 72 games against UCSB.

Their strong offense was limited to eight runs in three games while the usually good pitching staff allowed 27 hits and 21 runs over the course of the weekend.

UCSB’s most active effort was Sunday’s game in which it lost by one run after a comeback attempt that fell short of the mark.

The scoring began early in the first after redshirt sophomore designated hitter Josh Adams hit a groundout RBI to give Santa Barbara the early 1-0 lead.

In the bottom of the fourth inning Cal Poly tied the game at one after an error committed by the Gauchos.

The Mustangs snapped the 1-1 deadlock with two runs in the sixth inning courtesy of a sac fly by junior Michael Sanderson and an RBI double down the left-field line by freshman Nick Meyer which gave them a 3-1 lead after six innings.

Cal Poly added one run in the seventh after junior Brett Binning hit a double, reached third on a groundout and scored on a passed ball to give his team the 4-1 advantage.

The Gauchos—seemingly upset from the two previous losses—were able to rally off two runs in the eighth inning thanks to an RBI double from redshirt sophomore catcher Grover Dempsey and an RBI single from redshirt junior Devon Gradford.

In UCSB’s final effort, sophomore shortstop Clay Fisher hit a single in the top of the ninth and advanced to scoring position after a sac bunt. Mustangs junior pitcher Justin Calomeni then ended any hopes of a Gaucho comeback after striking out the last two batters, earning his sixth save, and giving his team the 4-3 victory and series sweep.

Before finishing off the sweep, Cal Poly rallied of 10 runs while limiting Santa Barbara to five runs to—at the very least at the time—seal the series win over their blue rival.

After allowing two runs in the top of the first inning, the Mustangs responded with a four-run first inning, due in large part to Sanderson two-RBI double, to take an early 4-2 lead.

The Gauchos tied the game at four in the top of the second inning thanks to senior third baseman Ryan Clark’s RBI single and redshirt junior Andrew Calica’s RBI single. Cal Poly added on run in the bottom frame to retake a 5-4 lead.

The Mustangs would add two more runs in the bottom of the third inning to now take an even bigger lead at 7-4.

By this point in the game, freshman pitcher Noah Davis (3-2) was sat after four innings. It was the young pitchers worst outing of the season allowing seven runs on eight hits including allowing one home run.

Over the course of the rest of the game, Cal Poly added three runs compared to Santa Barbara’s one and won the game fairly easily after struggling to stop UCSB’s high-powered offense in the first few innings.

It was another solid outing for star Mustang pitcher Erich Uelman (5-0) who pitched eight innings allowing five runs on eight hits but more importantly extended his perfect record this season to 5-0.

Before losing only its second weekend series of the season, the Gauchos displayed their worst performance of the season being blanked 7-0.

UCSB registered two hits over the course of nine innings, its worst total of the season but Cal Poly took advantage of its rival slow day scoring seven runs on thirteen hits.

Bieber came into the game hot off two straight complete-game victories and a 2.74 season ERA but was taken to school by the Mustang hitters and handed the pitcher his second loss of the season.

Cal Poly won thanks to big performances from great players such as senior Josh Schuknecht who had two hits and three RBI, sophomore Josh George who went 3-4 (.750) with one RBI and Meyer who had two hits.

The top four hitters of the Mustang line-up went 9-17 (.529) with six RBI in their strong victory over one of the better teams in the country.

Overall, this weekend was a bad one for the Gauchos. Not only did they get swept and now fell in the standings but really showed its vulnerability going on the road. They are now 4-8-1 on the road this season.

With eight of its final 20 games on the road, UCSB cannot afford to drop all those games—especially the conference ones—simply because it is away from the comfort ability of home.

The Gauchos continue end their four-game road stand against St. Mary’s on Tuesday, April 26 at 3 p.m. at Dickinson Stadium.