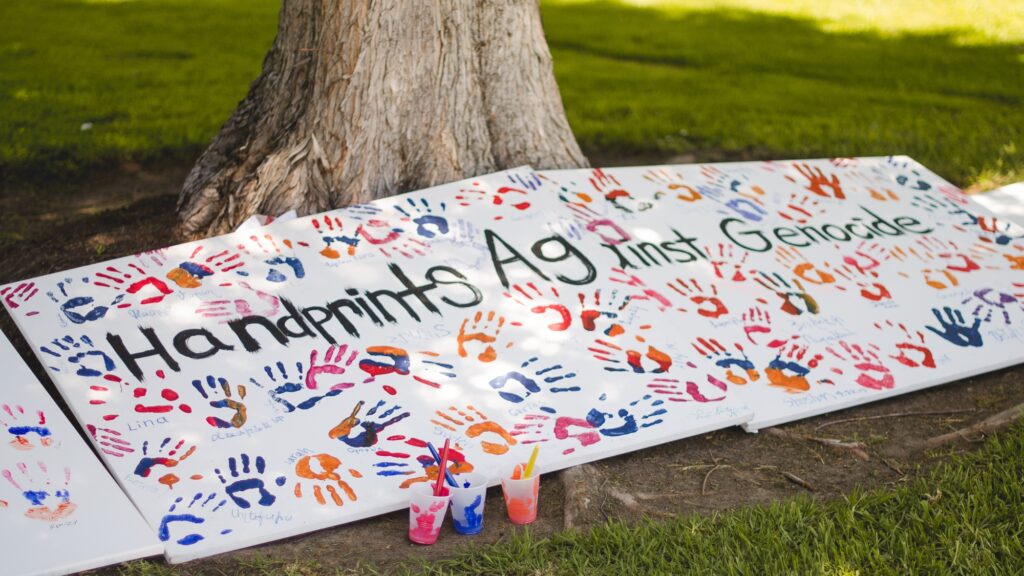 The Armenian Student Association (ASA) invited students to create “Handprints Against Genocide” on Wednesday, commemorating the Armenian Genocide of 1915.

The event is part of a UC-wide, week-long commemoration event, which will culminate this Friday with a candlelight vigil in front of Storke Tower.

The Armenian Genocide refers back to 1915 when the Ottoman Empire systematically killed and drove off 1.5 million Armenians from their homeland, in what is now eastern Turkey. Other minority groups within the empire were killed as well, including the Greeks.

Students painted their hands any combination of red, blue and orange — the colors of the Armenian flag — and decorated a series of posters. Some students signed their handprint after they were done. The posters will be put into the Middle Eastern Resource Center inside the Student Resource Building.

“That was the day they rounded up a bunch of intellectuals and killed them,” Abraamyan said.

As to the goals of the memorial and the commemoration week, Abraamyan said ASA hosts events like “Handprints Against Genocide” to advocate for the recognition of the genocide.

“America and Turkey haven’t recognized the genocide yet,” Abraamyan said. “We hope that by spreading information we can get people to rally around our cause of getting the genocide recognized.”

A version of this story appeared on p. 4 of the Thursday, April 21 edition of the Daily Nexus.