The Daily Nexus
Sports
No. 13 Gauchos Prepare For Classic Rivalry Clash
April 21, 2016 at 5:07 am by Jorge Mercado

After a convincing comeback victory against Nevada on Monday, the No. 13 UCSB baseball team travels to Cal Poly to take on its green counterpart in a three game series which always proves to be an intense, heated contest. 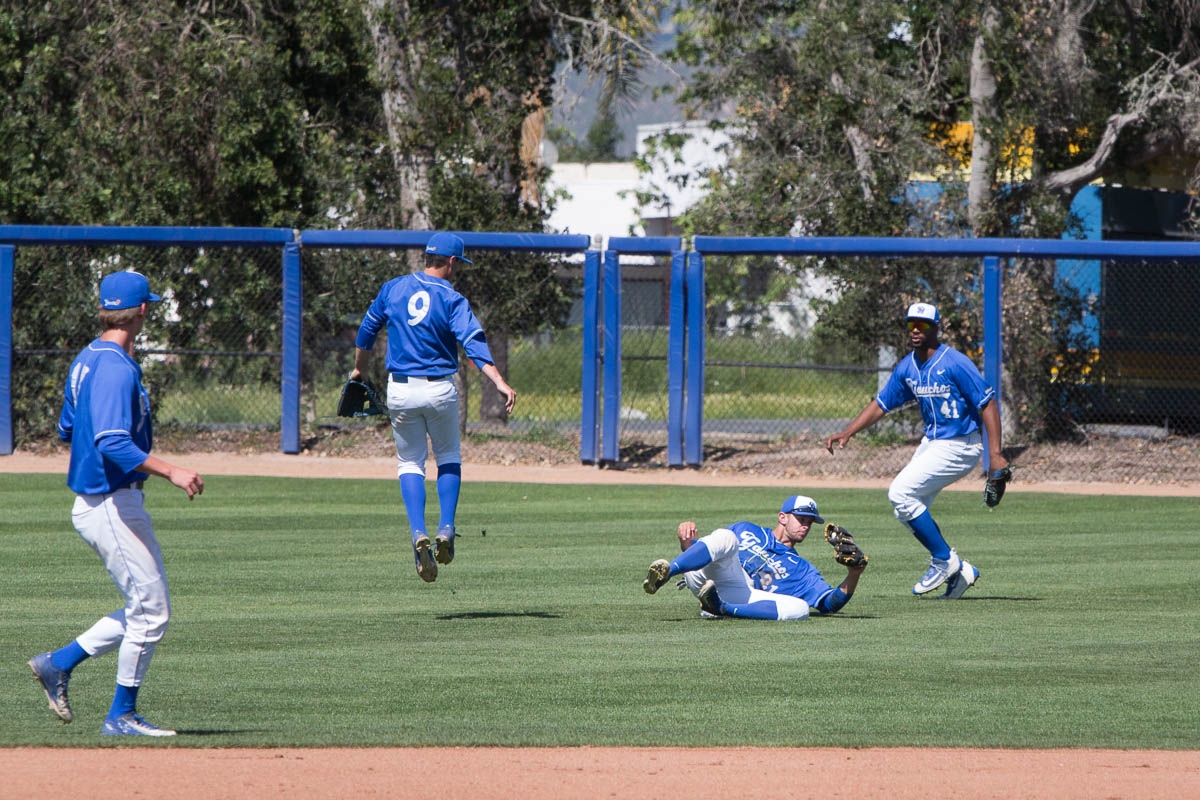 “The Blue-Green rivalry is something we all look forward to and the atmosphere is always amazing.” Junior pitcher Shane Bieber said. “Playing under the lights and against our rivals is just awesome.”

The Gauchos travel to Baggett Stadium with some momentum boasting a 25-7-1 overall record, 5-1 Big West record, and having won four straight games. The Mustangs host their rivals with a 22-13 overall record, 4-2 in conference play and sit at fourth atop the Big West standings.

For UCSB, this is another big week in which it gets to showcase why it is currently atop the conference standings and why it should stay there. Santa Barbara is trying to capture its first Big West title since 1986.

“It’s a good start so far and I like the way we are playing,” Redshirt junior Andrew Calica said. “and we just hope to continue with that momentum.”

On the opposite of the spectrum, Cal Poly is looking to take a series from another great conference opponent after taking two of three from both Hawaii and the defending Big West champion Titans of CSUF.

These two teams met a year ago with UCSB taking the series after winning the opening match, 8-7, and the closing match, 7-3. The Gauchos lead the all-time series 119-101.

The last four seasons the winner of the Blue-Green rival has been the host team, meaning this year the Mustangs holds that advantage.

Combine that with the fact that the Gauchos have a losing record on the road, 4-5-1 to be exact, and it spells trouble for the young team. However, they are not fazed by the challenge awaiting them in San Luis Obispo.

“I’d like to think that we as a team are mature enough to not let something like being away from home be a factor.” Calica said.

The team is led by the only two returning starters in junior catcher/first baseman Brett Barbier and senior outfielder Josh Schuknecht.

“They will probably bat aggressive early.” Bieber said. “This is Big West play and all teams just want to come our strong but we will be ready defensively.”

The Mustangs will also look to former Big West Player of the Week, freshman outfielder Alex McKenna, to help the team with the long ball as he has had five of them this season, a team high.

However, Friday’s game will be a tough one for these batters as they will the newly named Big West Pitcher of the Week, Shane Bieber (7-1).

Beiber received the honors after throwing a complete game shutout last Friday against CSUN and only allowing four hits throughout the contest.

“It’s cool to have that honor.” Beiber said. “It helps that I think we got the best defense in the west coast backing me up because they make plays that allow me to go all nine.”

This season the junior has the most wins of any pitcher in the Big West (7) and with a win this Friday will match his career high in wins. The right hander’s 2.74 ERA and 49 strikeouts both rank ninth in the conference among pitchers.

It should also be noted the Gauchos have the best relieving pitcher in sophomore Kyle Nelson who has the best ERA in the Big West (1.23) and the best opposing batting average (.157).

Not only will Cal Poly be worried about UCSB’s ability to pitch but also the slew of hitters they have at the helm.

Leading off the Gauchos each game has been redshirt junior Andrew Calica who ranks first in the conference in walks (27) and second in on-base percentage (.487). The center-fielder currently leads the team in hits (34) and is fifth in batting average (.291).

Other notable hitters include sophomore Austin Bush who leads the team in RBI (24), redshirt sophomores Josh Adams and J.J Muno who both are tied for the team lead in home runs with four and redshirt junior Devon Gradford who leas the team in batting average (.370).

This weekend will be all about the Gauchos trying to keep their first place standing as well as continually improving as it has each week. The historical season they are on cannot be squandered by looking ahead, the Gauchos need to stay vigilant and keep on playing the way they have which has resulted in 25 wins in 33 games.

UCSB’s next series is against their Green counterpart Cal Poly Friday April 22 at 6 p.m. at Baggett Stadium. The next two games are at the same place Saturday and Sunday at 6 and 1 p.m. respectively.

A version of this article appeared on page 10 of April 21, 2016’s print edition of the Daily Nexus