The Daily Nexus
News
Finding Permanence in Ink
April 21, 2016 at 5:00 am by Effie Sklavenitis 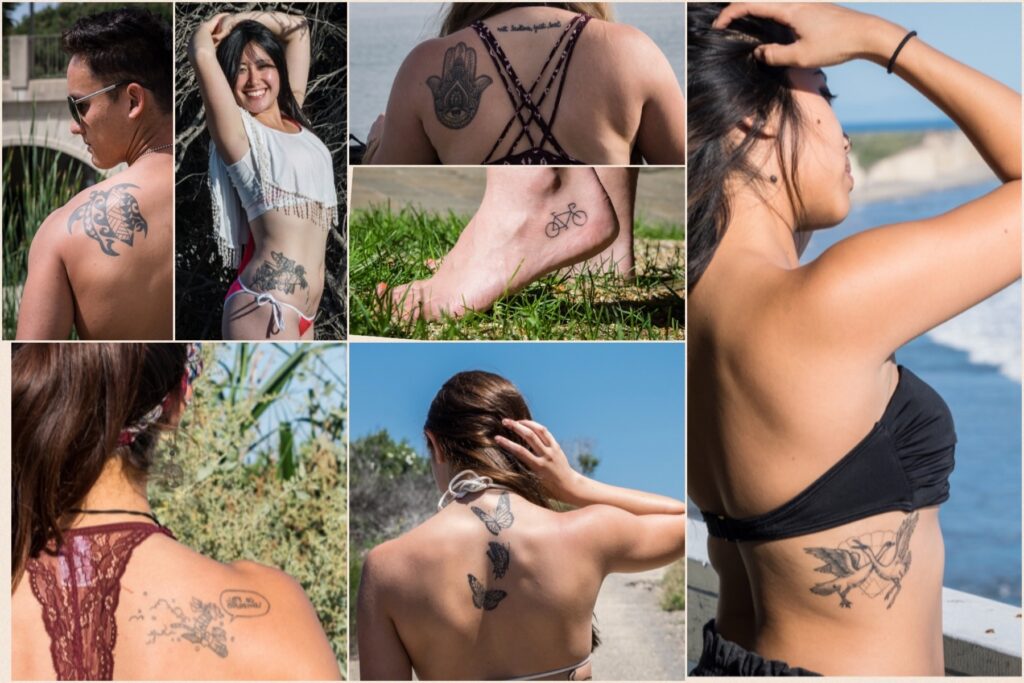 To steady the immense changes college brings such as short-term housing, continually revised schedules and fluctuating stress — some students ground themselves with a mark of permanence: a tattoo.

Sandy Tran has been tattooing at Isla Vista’s Precious Slut Tattoo Company for three years. To Tran, tattoos celebrate the present by taking advantage of life.

“Tattoos have a lot to do with self-expression … A lot of the time, people worry about the permanence of tattoos, but life is not permanent,” Tran said. “You might as well get what you want while you are still alive.” 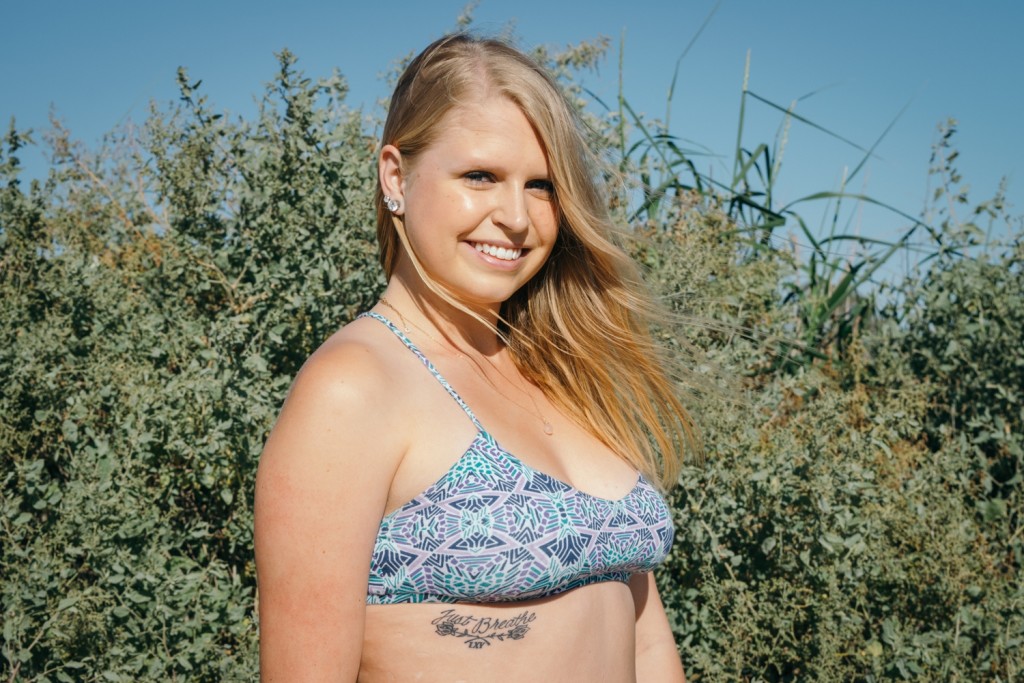 Abby Robinson, first-year communication major, has had cystic fibrosis (CF) since she was three months old. When she was a child, she was told she had “65 roses” because she wouldn’t be able to understand the meaning of cystic fibrosis. To represent her journey, she got a tattoo.

“I knew that I wanted get a tattoo to symbolize my struggle with [cystic fibrosis], so my sister designed it,” Robinson said. “I got it on my ribcage because it is close to my lungs. The “Just Breathe” represents the whole picture of CF and the lung problems.”

Raquel Tenorio, fourth-year microbiology major, is also connected to her childhood through her ink. After her 20th birthday, she got a Calvin and Hobbes tattoo to celebrate the milestone of flourishing into an adult while “keeping a childhood curiosity” about life.

“I wanted to have something to remember what my childhood was like,” Tenorio said. “It is associated with this new person that I found in myself coming into college and discovering that I really love to go outdoors.” 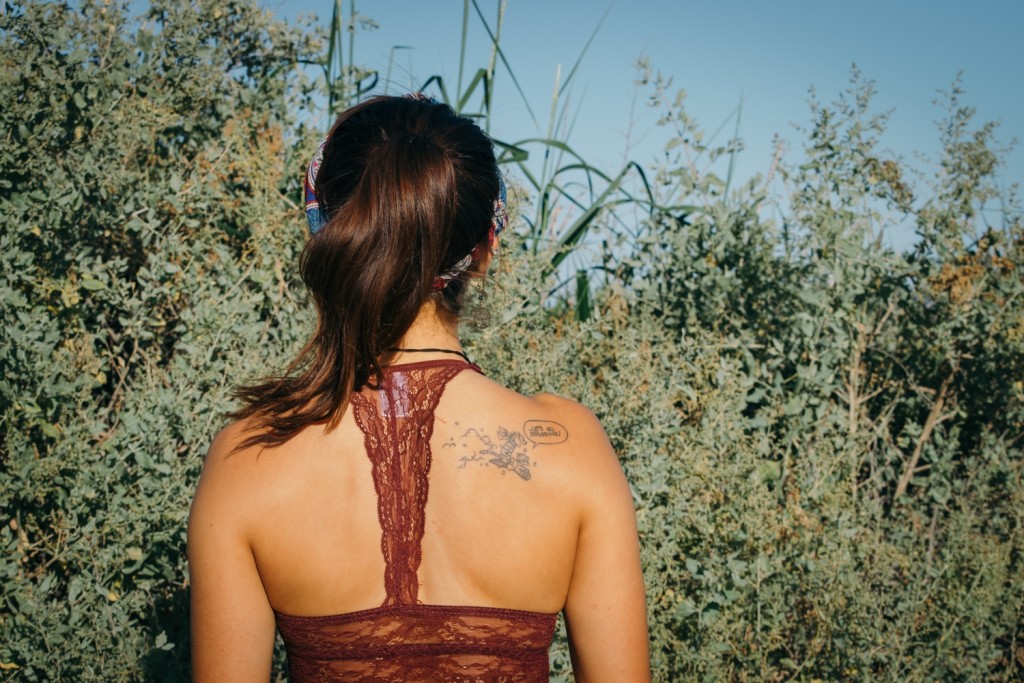 To some, getting a tattoo is a liberating experience. When Dan Song, third-year statistics major, got her feather tattoo, it came as a surprise to most of her friends.

“I feel like all my life I’ve been doing what people expect of me, like getting good grades in school, doing internships, graduating early and going to graduate school,” Song said. “I just feel like I also have a wild side that most people don’t know about. It was about doing something that people don’t expect from you.”

Several students get tattoos during their time in college, and, as they find themselves far from their roots, a tattoo can be a comforting memory of home.

Kyle Graham, second-year communication major, was always drawn to his father’s turtle tattoo as a child. When he began college, he wanted to get something similar to represent his father’s immense influence on his life. 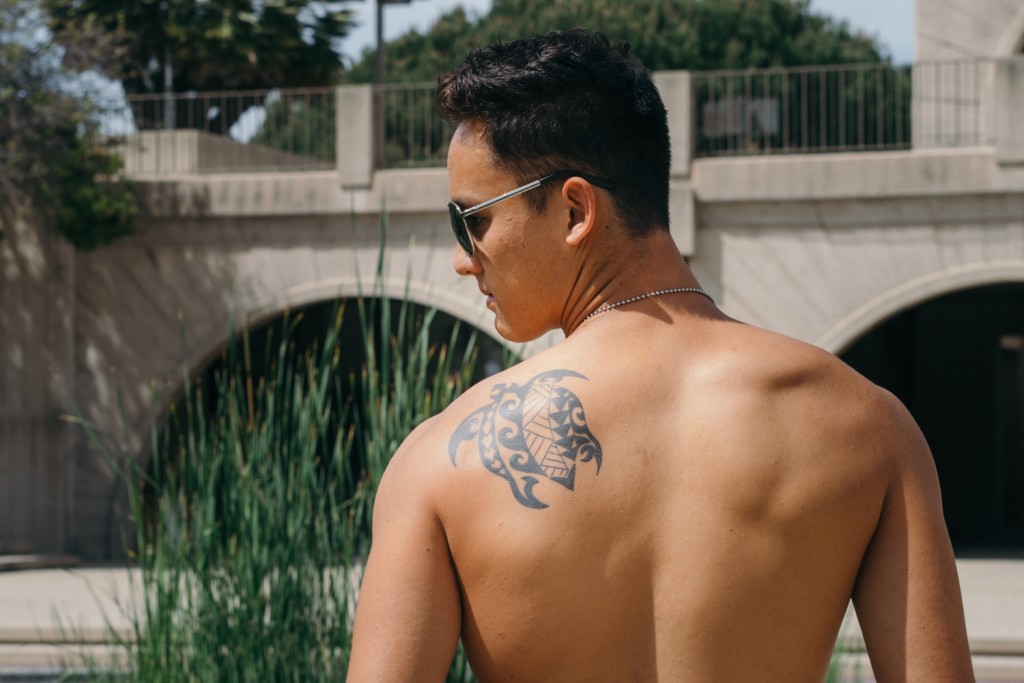 Kyle Graham was always drawn to his father’s turtle tattoo as a child, and wanted to get a matching one. Effie Sklavenitis / Daily Nexus

“I remember tracing my dad’s turtle tattoo as a little kid and being able to play with it,” Graham said. “I thought it was a cool way to show the influence he has had in my life and get a matching one.”

“I have known my best friend since kindergarten,” Lori Thao, fourth year communication and sociology double major, said. “We’d been meaning to get tattoos together since middle school and finally we decided to do it over spring break.”

Thao brainstormed with her friend for a number of weeks and developed crane and swan tattoos to represent their unique bond.

“We came up with birds because we are from San Diego, and it’s like our nest, and we see ourselves as those two birds who took off from that nest,” Thao said. “I’ve always thought she was the more gentle one out of both of us. The crane is for me, which is more direct than swans.”

“I asked the artist to open its beak and make it look distressed because I’ve always been the more outgoing, more aggressive, more loud one,” Thao said. “Their necks are crossing because we are best friends and the shell behind the birds is the shell of Venus because it represents us as Libras.” 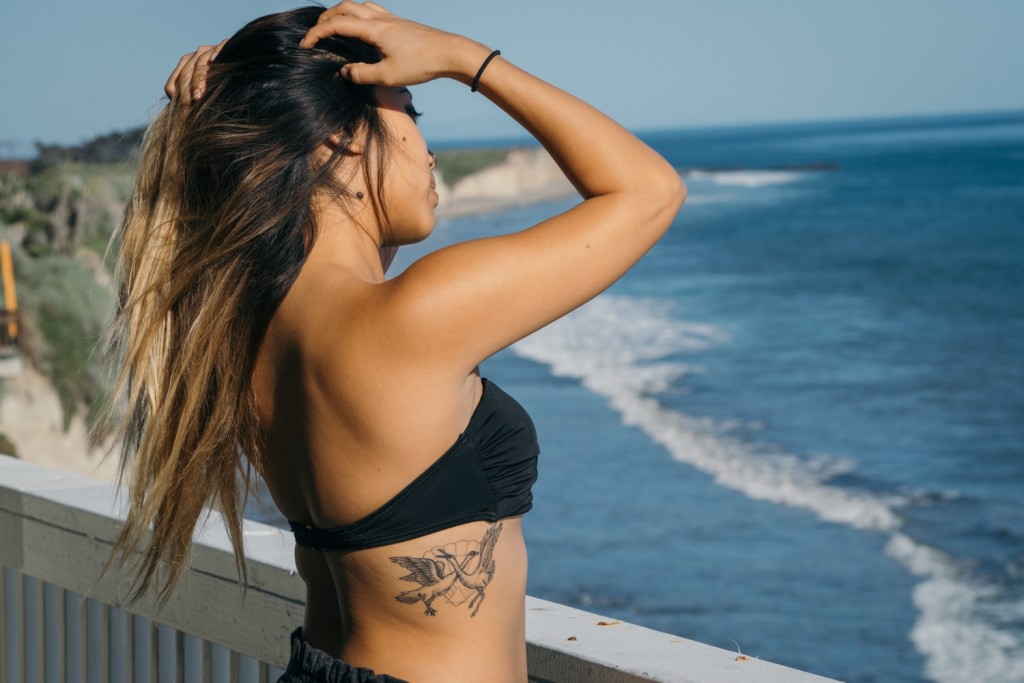 Lori Thao and her best friend got crane and swan tattoos to represent their friendship and personalities. Effie Sklavenitis / Daily Nexus

Devynn Darner, first-year environmental science major, got a matching cherry blossom tattoo with her mom on her 18th birthday as an ode to her father and her Japanese ethnicity. 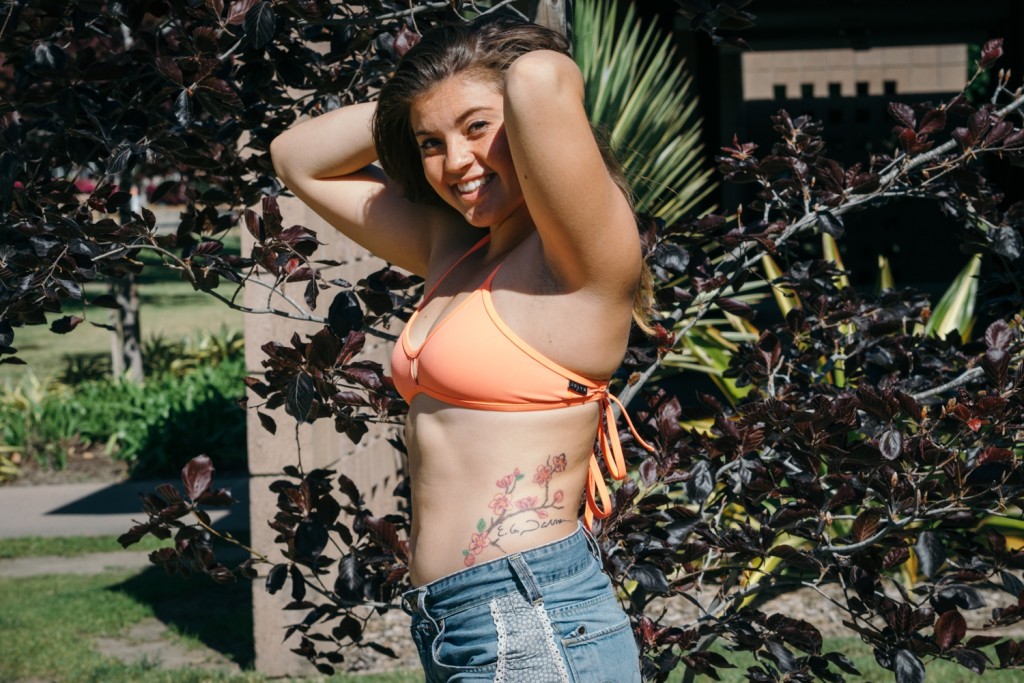 Devynn Darner has a matching cherry blossom tattoo with her mother to honor the life of her father, who passed away. Effie Sklavenitis / Daily Nexus

“In the Japanese culture, cherry blossoms mean that you should appreciate what you have in that moment,” Darner said. “Right under the cherry blossoms I got my dad’s signature … who passed away when I was a sophomore in high school.”

Emily Von Gerichten, first-year English and global studies double major, got a Cantonese character on her forearm to represent her recently deceased grandmother.

“She recently passed away and I wanted to do something unique to honor her,” Von Gerichten said. “It means golden flower.” 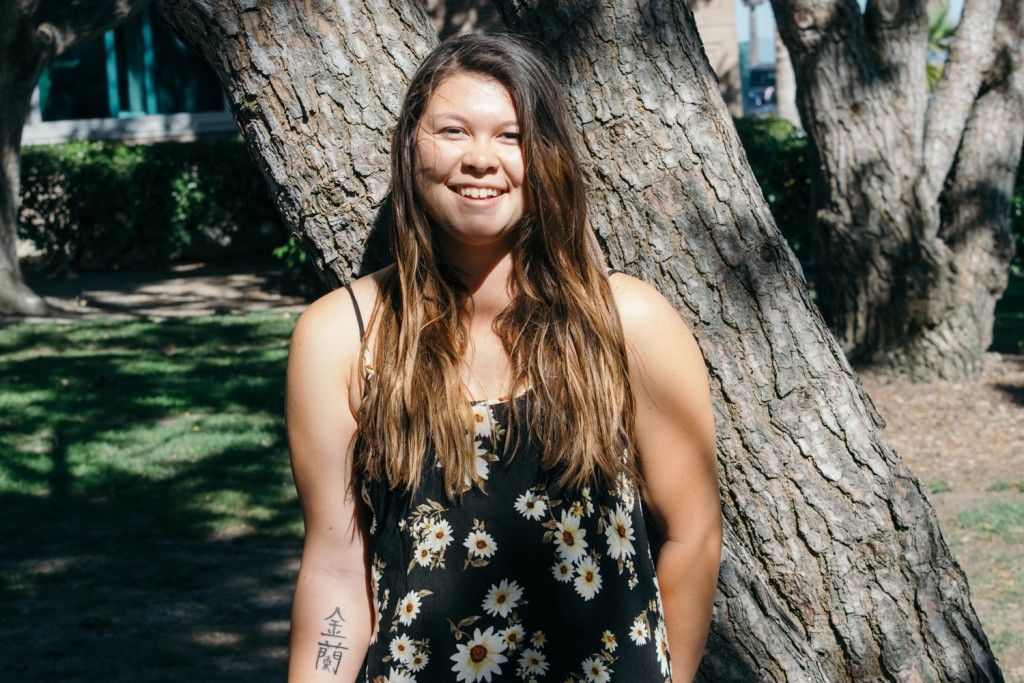 People get “tatted” for a variety of reasons, such as commemorating a loved one who passed, remembering a special event or time in their life, or because they simply lost a bet.

It usually takes months, if not years, to think of a design and many factors go into the tattoo’s conception. In fact, many rely on talented friends and family members to draw up the design.

Sierra Cazden, second-year art and psychology double major, said her tattoo is significant because she drew it herself, and it highlights the pivotal role Amy Winehouse played in her life. 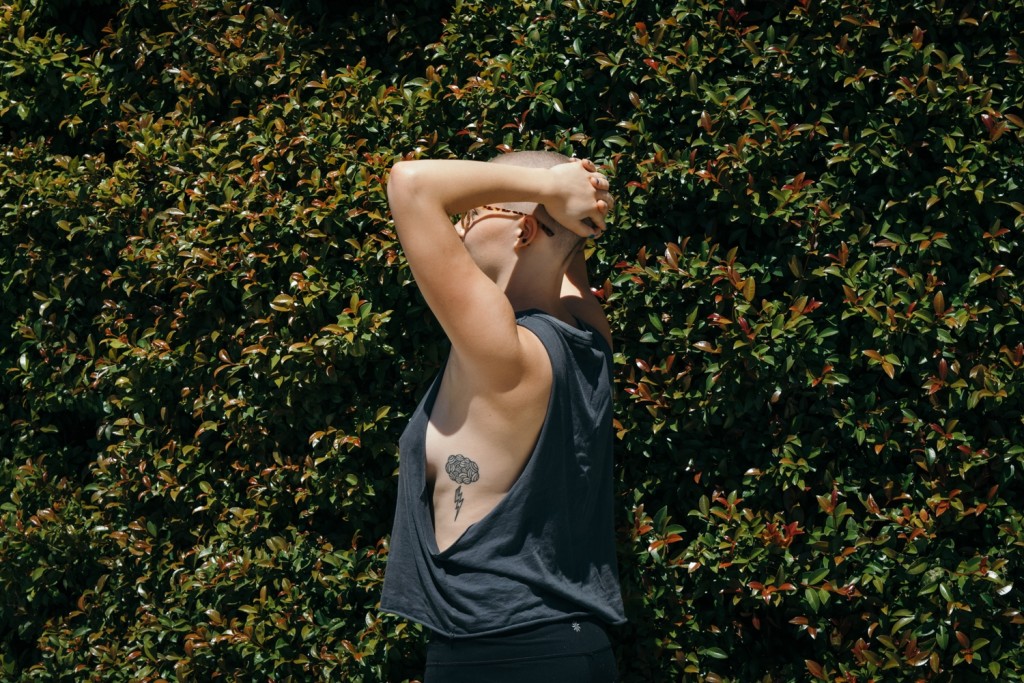 Sierra Cazden designed her own tattoo to celebrate her love of art and Amy Winehouse. Effie Sklavenitis / Daily Nexus

Hannah Gordis, third-year history major, got her wreath tattoo while studying abroad in Paris, where she experienced the Nov. 15 terrorist attacks.

“I’ve wanted to go to Paris my entire life — literally my entire life,” Gordis said. “The apartment I was staying at had a tattoo shop right next to it that I would walk by every day. Then when the attacks happened I was really affected, but it became really clear what I wanted to tattoo.”

The city’s architecture played a big role in the design of her tattoo, and part of Gordis’ tattoo represents lavender, which is a major export of France.

“If you walk around Paris, the architecture has meaning to every detail and one image that is everywhere is the olive wreath. It’s a symbol of peace and it’s been around for thousands of years,” Gordis said. 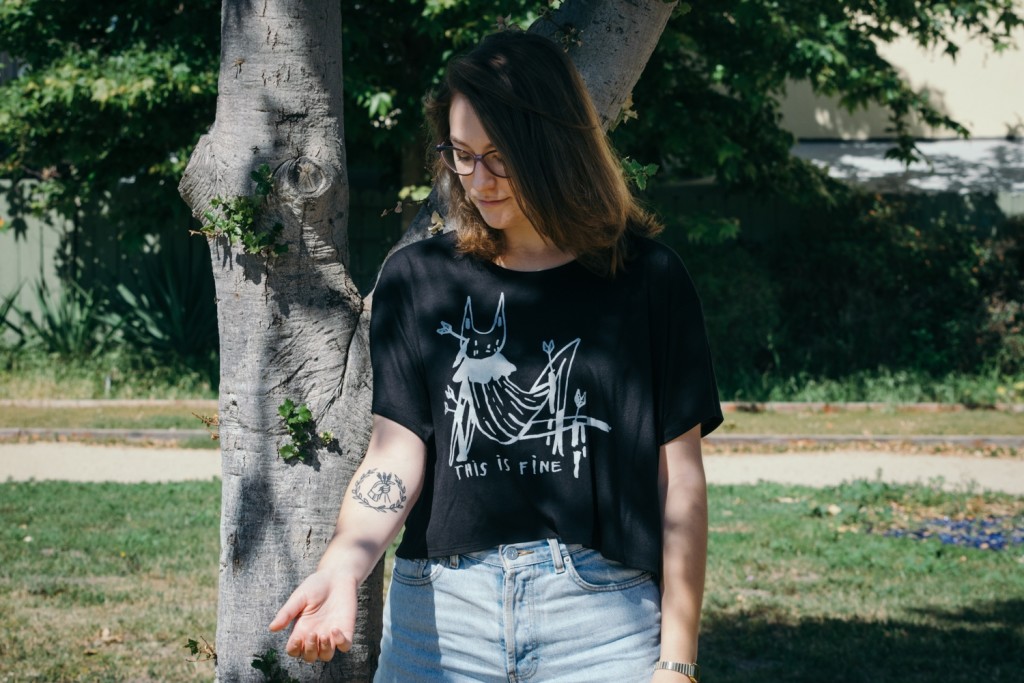 Tyler Chavez-Feipel, fourth-year English major, has nine tattoos and plans on getting more.

“More ideas just keep coming,” Chavez-Feipel said. “The tattoo on my left shin is an hourglass, a skeleton and a clock and took over 20 hours. It is a reminder that you only have a certain amount of time, so you have to appreciate life and the moment.”

Kelsey McKinney, a second-year sociology major, said she got her lioness tattoo because it represents her loyal identity and reminds her to always be confident, especially as a woman living in an oftentimes harsh society. 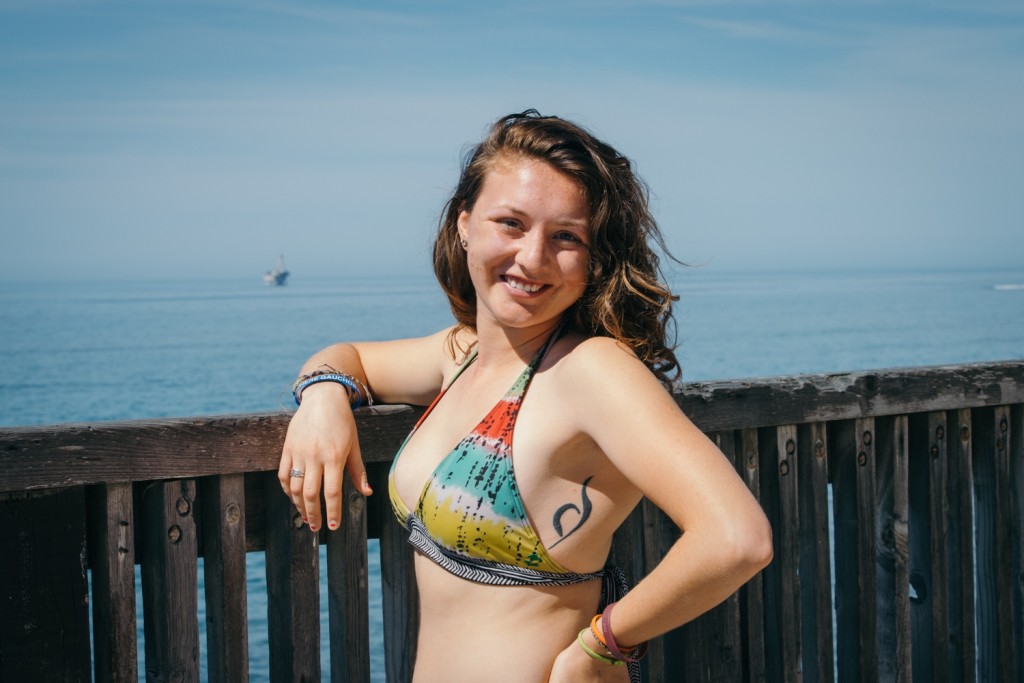 Jasmine Madeyski, third-year psychology major, is open about her tattoos because she said she believes they are a path to decreasing stigma against mental illnesses and eating disorders.

“I have the National Eating Disorders Association [(NEDA)] symbol on my ribs … It’s kind of a female body, kind of an open heart, where the lines signify strength and recovery,” Madeyski said. “Hopefully other people will be more comfortable about seeking help … because the more I’ve talked about them, the more other people expressed what they are going through and some even sought help.” 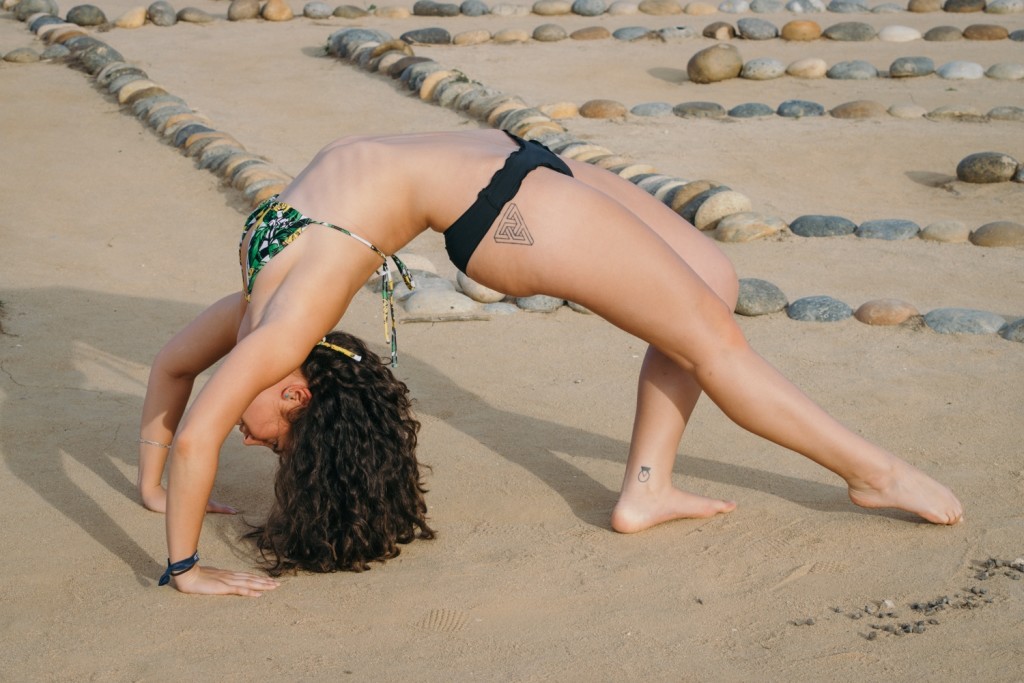 Jaclyn Silverman, third-year psychology major, said her tattoo is an M.C. Escher piece that holds personal meaning because of her own interpretation of the symbol.

“The summer that I got it, I was doing a mindfulness and mediation program through the university,” Silverman said. “We learned about the four Buddhist truths, and the third one, which states that there is cessation — that there’s an end to all suffering — really spoke to me. Yes, everyone suffers through some things, but it will end eventually.”

Silverman said she will always hold her tattoos dear to her heart because they embody decisions made at a certain time during her life.

A version of this story appeared on p. 1 of the Thursday, April 21 edition of the Daily Nexus.

they are going to look great in 30 years