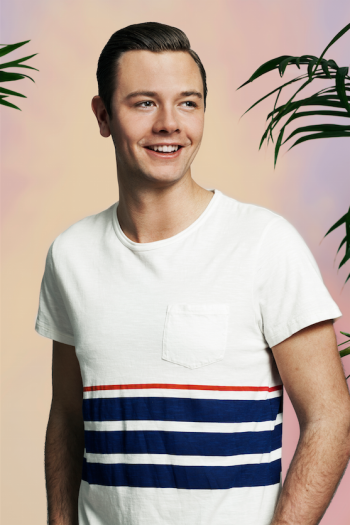 To celebrate the five-year anniversary of RedEye Presents Entertainment, the Santa Barbara-based music production company is welcoming sought after Dutch DJ and producer Sam Feldt to the iconic coastal town for a night of pure tropical house.

The Netherlands-born music producer first came onto the EDM scene in 2013 with his early mixtapes Zonnewende and Lentekabinet, mixing Avicii’s and Kygo’s favorites in his signature low-tempo, tropical beats. His first ever remix, a version of Fleetwood Mac’s “Big Love,” recorded with producer De Hofnar, was released in January 2014. The record led the then 19-year-old to sign a deal with Dutch independent record label Spinnin’ Records. The young DJ went on to release a remix of I Am Oak’s “On Trees and Birds and Fire” and eventually released his first original track for the label, “Blosoem.”

As his remixes generated buzz across the music world, Feldt performed a series of live shows in Europe and headed stateside to tour across North America for the first time in early 2015. Alongside his own concerts, the new talent started playing music festivals such as Coachella and Ultra. In January of that year, the 22-year-old producer dropped “Show Me Love,” an original remix of the 1990s Robin S. club hit. The song reached gold status in the UK, Australia, Belgium and the Netherlands, garnering Feldt international fame. Fellow Spinnin’ Records artist EDX remixed his own version of Feldt’s “Show Me Love”; the track currently has over 63 million plays on SoundCloud.

Feldt debuted his first ever EP, Been A While — complete with six original songs — in early 2016. Along with the extended play, the musician partnered up with Heineken beer to release a special track during Ultra 2016 in Miami, Florida, “Shadows of Love” ft. Heidi Rojas. Topping lists of new DJs to watch, Sam Feldt represents the new hot future of electronic dance music.

Sam Feldt performs at the SOhO Restaurant and Lounge on Thursday, April 21, 2016 at 9:30 p.m. Tickets are available at www.nightout.com/events/421-sam-feldt-soho-santa-barbara