Kenneth Kosik, professor of neuroscience at UCSB, has been running drug trials with Colombian families who are genetically predisposed to Alzheimer’s disease 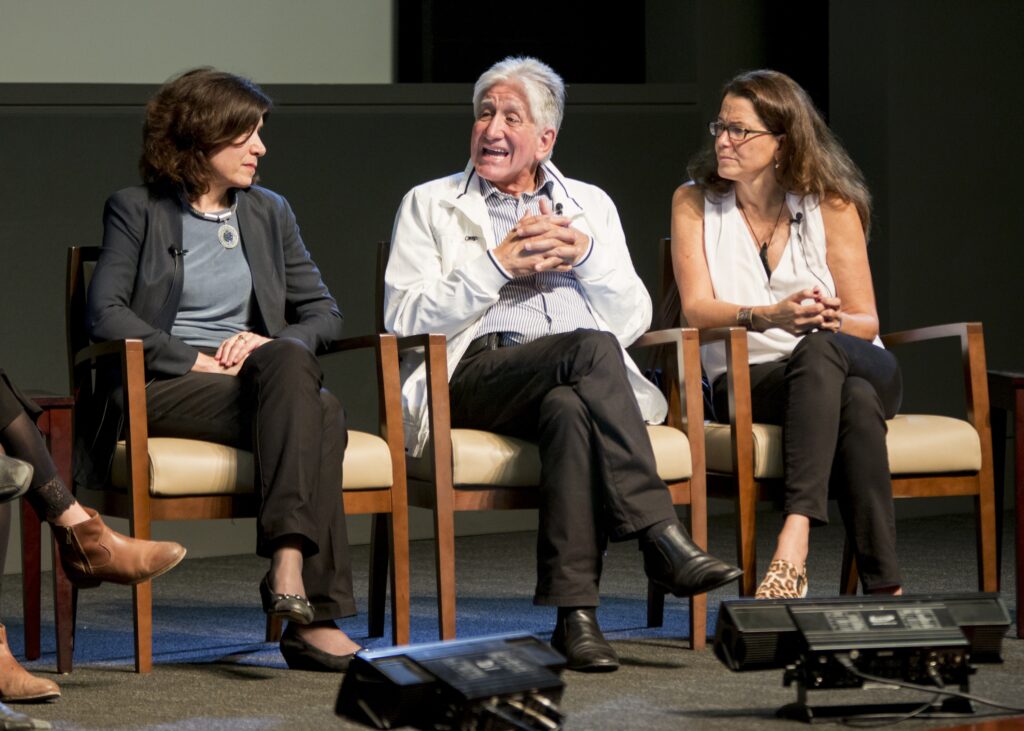 The trial utilized over 5,000 samples, and the results are set to be released in 2021. Stephen Manga / Daily Nexus

Alzheimer’s disease is the sixth leading cause of death in the United States, killing more people than breast and prostate cancer combined.

As of now, the cause of Alzheimer’s is unknown, but UCSB neuroscientist and co-director of the Neuroscience Research Institute Kenneth Kosik has been involved in an international effort to discover more information about the disease.

Alzheimer’s affects one out of nine people over the age of 65, impairs the victim’s memory and logical capacities and strangles the brain until one loses the names of those around them and the ability to do everyday tasks.

Kosik, who has spent his career studying the fundamental processes that make our brains work, recently discovered the work of Dr. Francisco Lopera, who has been studying a Colombian family that has a rare genetic predisposition to Alzheimer’s. At the screening of Kosik’s new documentary, “Can Alzheimer’s Be Stopped?,” Lopera expressed his gratitude to Kosik for being the first person to be so interested in his work.

Lopera has been working with a Colombian family that has had a mutation predisposing them to Alzheimer’s dating back to the 1600s. Today, there are more than 5,000 people with this specific mutation.

Kosik took samples from the 5,000 people and, with the knowledge of who had Alzheimer’s and those who did not, monitored the progression of Alzheimer’s from a much earlier stage of the disease. The results of their trial will be released in 2021. Until then, there are other trial results to look at to map the progress in Alzheimer’s treatment.

Tony Estrella and his mother, who was a participant in the trials conducted, commented on how destructive Alzheimer’s is.

“On some level, Alzheimer’s is a kind of death in life, when your mom or dad no longer recognizes their son or daughter,” Estrella said.

A Colombian woman, who has the mutation in her family, said, “Donde está la esperanza, (where is the hope)?” when speaking about Alzheimer’s.

The first two trials are to assess the risk, effectiveness and prime dosage of the drug, and the final test will determine whether the drug is ready for market. Genentech, a biotechnological drug-developing company, made an antibody that could successfully slow the development of plaques in people affected with mild to moderate Alzheimer’s disease in high enough doses.

Kosik pointed to this trial when he modified his own trial and claimed, “The only answer is research.”

In light of Genentech’s trial, Kosik’s team increased the dosage in their trial to give them the best chance at success.

Currently, there are drugs that attempt to treat the symptoms of Alzheimer’s, but none are able to slow or prevent it. Lopera is hopeful that, in the next decade, we will see drugs that tackle the causes of the disease. Kosik stressed the usefulness of collaboration.

“Humanity can tackle the biggest problems facing society so long as we work together,” Kosik said.

Rhonda Spiegal, CEO of the Alzheimer’s Association central chapter in California, added, “The more we can do to bring people and science together, the better we will be … We have to convince congress to give resources to scientists studying Alzheimer’s disease.”

For now, Kosik will continue his work understanding the basics of the human mind in order to add to the wealth of knowledge that can be drawn on for future trials.

For this and more information on drug trials, Alzheimer’s disease and treatment and stories of persons fighting this disease, watch Kosik’s Nova documentary, “Can Alzheimer’s Be Stopped?,” which premiered April 12, 2015.  To get involved in Alzheimer’s care, visit alz.org.

A version of this story appeared on p. 17 of the Thursday, April 14, 2016 print edition of the Daily Nexus.