The Daily Nexus
Track and Field
Women Extend Perfect Start; Men Lose A Heartbreaker
April 11, 2016 at 5:02 am by Duncan MacPhee

The women’s team continued their undefeated run to start the season with a big 189.5-point performance. This total gave them a nine-point victory over the second-place 49ers of Long Beach State. Fullerton and Irvine tied for third with 147 points each. 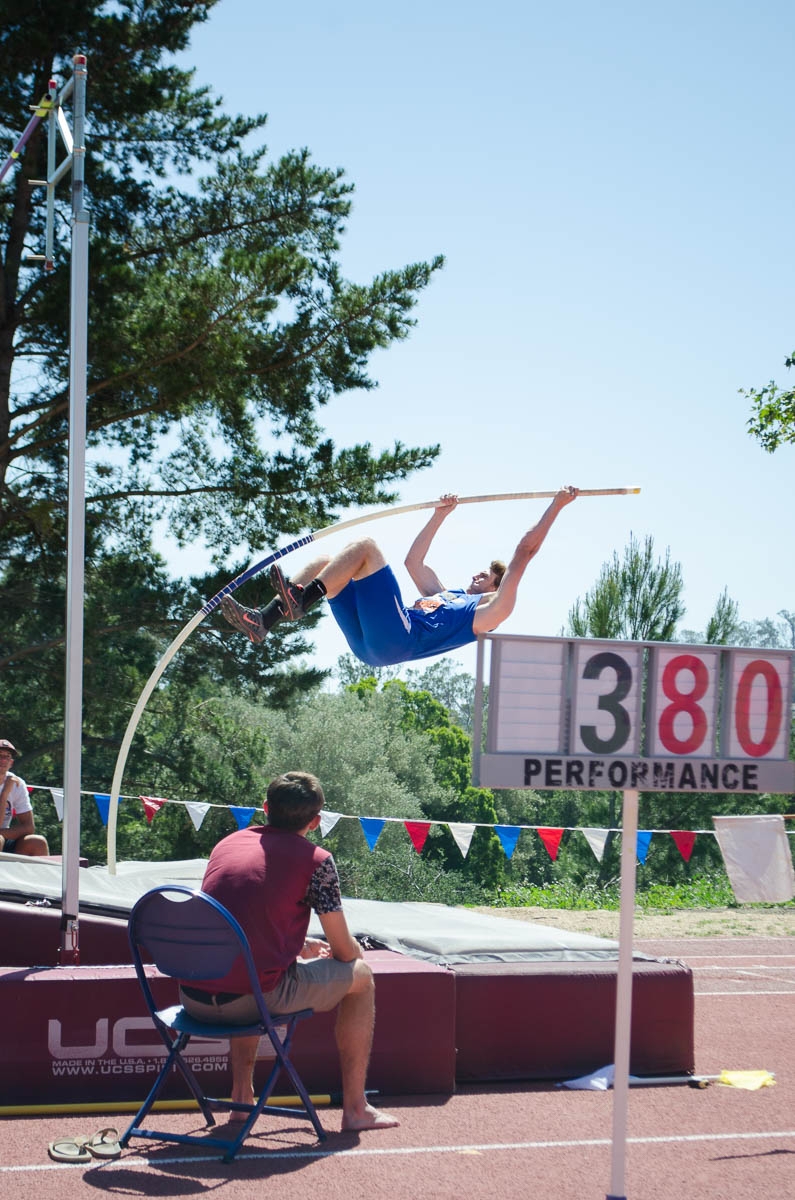 UCSB had to settle for second on the men’s side though, as Long Beach came away with the win over the Gauchos by just a half a point, 176.5-176. Irvine finished third with 156.5, and Fullerton fourth with 133.

Sweeping the top two spots of these races was a huge boost to the women’s point total, setting them up perfectly to get the overall win.

Freshman Sara Bass took home another win in a distance running event for UCSB with her strong time of 9:59.77 in the 3000m.

Just like they did in the 800 and the 1500, the Gaucho women swept the top two spots of the 3000m steeplechase. A couple of juniors did the trick this time, with Maxine Goyette leading the way in 10:47.50. Goyette was followed by Kelsey O’Connell, who cracked into the #10 spot on the UCSB All-Time list with the her time of 10:59.00.

In the field, another huge performance for the women came from senior Melissa Rake. Her impressive throw of 160’1 in the javelin set a new school record.

Sophomore Kiely Gode earned another victory in the field with her 18’7 leap in the long jump, edging a pair of freshman jumpers from Long Beach.

Veteran Jessica Emde displayed her dominance in the high jump on Friday, earning the victory by clearing 1.75m after the rest of the field failed to get over a 1.65m bar.

For the men, Santa Barbara was right in the thick of things due to their strong running in the distance events. They earned wins in the 800m, 1500m, 3000m, and 3000m steeplechase.

Shyan Vaziri, a senior who has been exceptional this year in a few different distance events, found himself only entered in the 800m race on Friday. With his focus on just the one event, he blew past the field and finished in 1:50.63 for the win.

Senior Anthony Ortolan took advantage of a 1500m race without Vaziri, taking the win in 3:52.70. Following close behind was sophomore Patrick Bourke in second place with a time of 3:53.01.

The Gaucho men also swept the 3000m steeplechase, with junior George Baier coming out on top in 9:20.60 and senior Joseph Rivera taking the second spot in 9:33.40.

In the field, senior Matthew Kusky tossed the javelin 205’8 for the event win. Freshman Wyatt Thompson-Siporen also came in third in the event for the Gauchos.

In the triple jump, freshman Brian Yeager took second with a new personal best jump of 45’9.25.

The Gauchos will be back in action this week at Azusa Pacific in the Mt. Sac Multi Events Wednesday and Thursday followed by the Bryan Clay Invite Thursday and Friday.

They will also be at the Mt. Sac College Invite Friday and Saturday at Cerritos College, as well as the Beach Open/Invite Thursday through Sunday at Long Beach State.