One thing we have seen throughout the season is that in tough times the Gauchos do not shy away from the challenge, but rather rise up to it and come out on top.

This past weekend the No. 14 UCSB women’s water polo team came out to prove that it can compete with anyone regardless of rankings and proved itself as it prevailed over No. 6 UC Davis on Saturday, and then handed No. 4 Hawaii its first Big West loss on Sunday.

The two victories put Santa Barbara at 14-11 overall and 2-1 in Big West play. 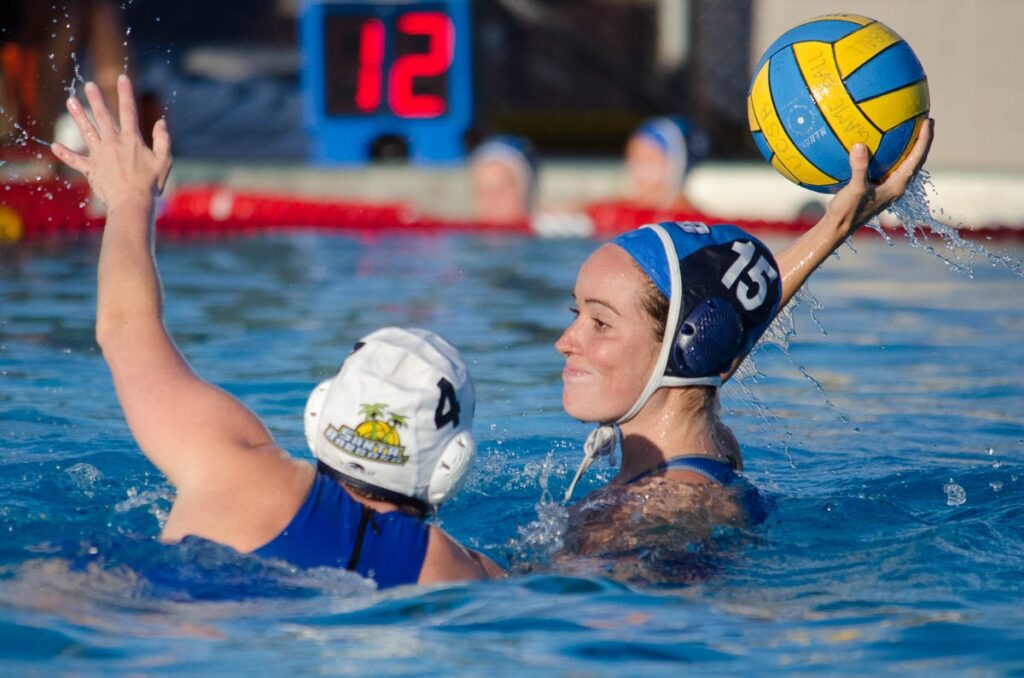 Despite falling to UCSB in Saturday’s match, the Aggies picked up their first conference win this weekend with a 10-9 triumph over CSUN on Sunday. Davis is now 15-11 and 1-3 in the tournament. As for the Rainbow Wahine, their loss against the Gauchos ended their five game winning streak and ruined their undefeated season. The loss sends them into the number two spot in the Big West with a 3-1 track, but still hold an impressive 18-6 overall record.

An outstanding performance by the Gauchos in the third quarter against Hawaii proved to be the kill for the Rainbow Wahine’s undefeated title in conference play. This was also UCSB’s first victory over the University of Hawaii since 2004, a time in which when both teams were competing in the Mountain Pacific Sports Federation Conference.

Santa Barbara managed to get on the board three minutes into the game with a goal by junior attacker Brenna Thomas. However, UH’s Danika Kotylak responded a minute later to tie the game up 1-1 in the first quarter. Junior attacker Miranda Schrader returned the lead to the Gauchos with one minute remaining in the period, but it was not long before Femke Ann netted a buzzer-beater to knot the score going into the second quarter.

With less than 4 minutes left of the second period, Hawai’i claimed the lead for the first time in the game with a goal by Irene Gonzalez. The see-saw battle continued as Santa Barbara’s junior attacker Jenna Solberg found the back of the net right before going into halftime. The Gauchos’ run continued after the break with Schrader flipping the ball on a pass to Hudson who finished the task.

As a result of a smooth move by senior center Lauren Martin evading two defenders, the Gauchos extended their lead to 5-3. The ‘Bows tried to come back with a goal at the 3:10 mark, but senior attacker Bryn Hudson shut that down when she capitalized on a power play opportunity. Leading 6-4 into the fourth, the Gauchos were able to hold back Hawaii’s offense to only one goal which would not be enough to overcome the deficit.

Sealing the deal junior defender Sophie Trabucco took advantage of yet another play and scored the last goal for the Gauchos to finish off the upset 7-5.

One day prior to this great victory however, Santa Barbara found itself in a tough battle against the Aggies. Up until this weekend, Davis had been unable to win a game in conference play and it was close to claiming UCSB as its first victory.

Both teams came out strong defensively making it impossible for either of them to score. The game remained 0-0 up until the 4:56 mark when senior goalkeeper MacKenzie Brokaw threw a long pass to Thomas who then netted her first goal of the game. The Gauchos held the lead until the 2:40 point of the period when the Aggies answered back on a power play.

In the final minute of the quarter, Trabucco scored one goal only to have the Rainbow Wahine retaliate 20 seconds later. The score was tied 2-2 at the end of the first period. Davis claimed the lead in the second quarter and after a couple of failed attempts by the Gauchos, the game went into halftime with the Aggies leading by one point.

After the halftime, Santa Barbara found the equalizer right away as Murphy took advantage of a power play. This back and forth battle carried out for the remainder of the game, which eventually resulted in overtime.

With a powerful shot at the top right corner of the goal by Murphy, the Gauchos claimed the lead in the first period of overtime. Just when it seemed that the lead was about to be taken away from them by a power play, sophomore utility Camila Schafer shut down the play with a block helping Santa Barbara conserve its lead.

However, UC Davis sent the game into sudden death after scoring within the first minute of the second period of overtime. Thanks to an amazing save by Brokaw, the seventh period finished without any goals and the fight continued in the eight.

Here, the Gauchos saw their opportunity for victory on a steal by Hudson. The offense passed the ball around waiting for the perfect opportunity to attack until Hudson found Martin.

With a backhanded throw Martin ended the game in favor of UCSB. It was exciting and successful weekend for the Gauchos indeed, proving that they are a top contender in the Big West. UCSB will face Cal State Northridge in its penultimate match of regular season this Saturday, April 16  at 12 p.m. at Campus Pool.