The Daily Nexus
Tennis
Gauchos Move Up in Big West Standings After Solid Weekend
April 11, 2016 at 5:00 am by Xavier Cardenas

After a successful inter-conference weekend, the UCSB women’s tennis team improved to second place in the Big West Conference only behind Long Beach State. 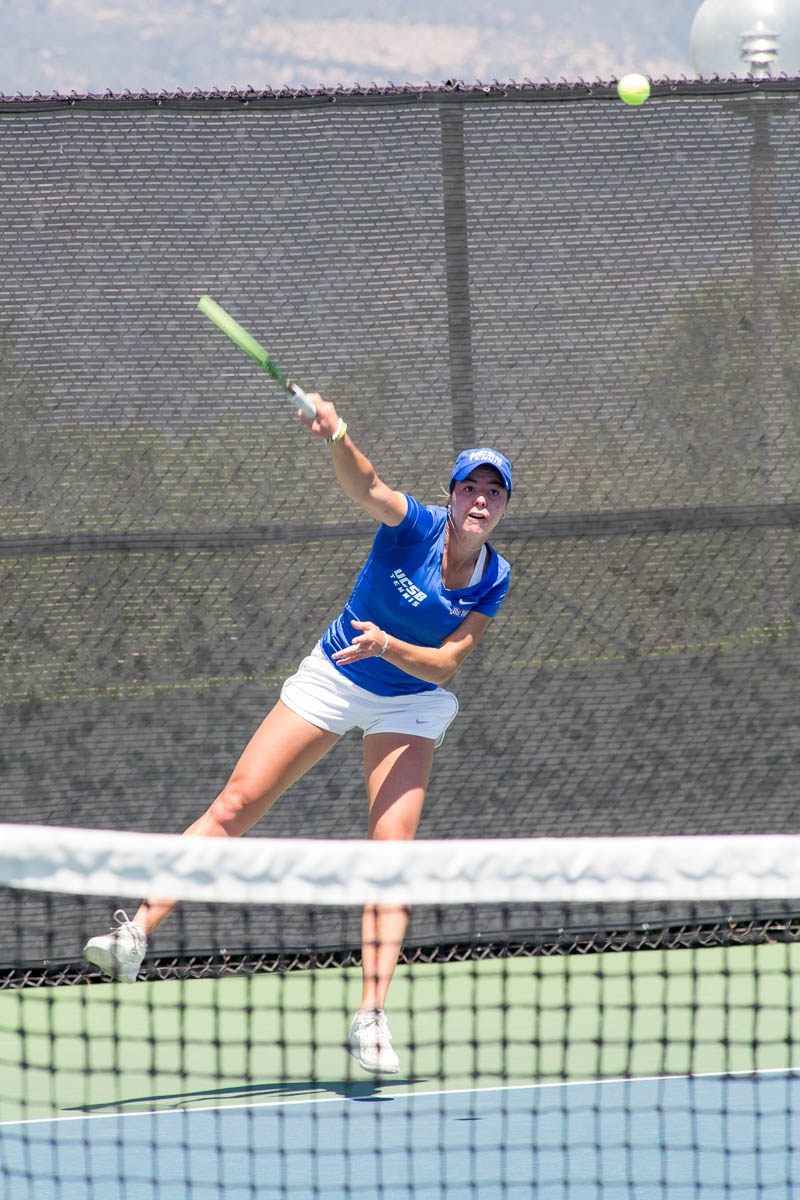 The Gauchos improve to a 13-7 overall and continue to excel in conference play boasting a 6-1 Big West record following its 5-2 wins over both UC Irvine and CSU Fullerton.

Santa Barbara is now 3-1 while on the road and have given the Titans its first conference and home loss of the season. CSUF is now 6-1 in the BWC and 17-4 overall.

The Anteaters on the other hand continue to struggle as they have suffered its third straight loss after its match with UCSB.. UCI drops t0 4-14 overall and 2-4 in conference having recently beat Cal Poly San Luis Obispo on Sunday.

On Saturday Santa Barbara started its string of wins with a morning game against UC Irvine. Although rain caused a series of delays throughout the match, Santa Barbara seemed unmoved even when they lost the opening doubles point for the third time this month despite having a top 20 doubles pair in the country.

Junior Stefani Stojic and sophomore Palina Dubavets are the fifteenth best duo according to the ITA rankings, together they have a 20-4 overall record and their dual record is at 10-2 all of which are at the one slot. However, they have hit a bit of rough patch as of late as they lost both times this weekend and are 2-3 against inner conference opponents.

Against the anteaters Stojic and Dubavets lost to junior Mazy Watrous and senior Sarah Gong 6-3 giving the second set in doubles to the Anteaters after gauchos sophomore Natalie Da SIlveira and junior Jamiee GIlbertson beat senior Andrea Duva and sophomore  Ashlynn Hall 6-2 to kickoff the match.

All eyes were on court two as junior gaucho Melissa Baker and freshman Stephanie Yamada played against sophomore Vivien Dvali and junior Taylor Lefridge for a potentially crucial match point. Lefridge and Dvali proved too much for the Gauchos as they clinched the doubles point giving Irvin its first point.

UCSB was able to rally behind sophomore Amanda Atanassans’ quick win over senior Andrea Duva winning both sets convincingly 6-2 and 6-0. It then went on to win the next five matches in a similar manner with the exception of the fifth match that went to three sets. Vivien Dvali beat UCSB’s Dubavets to take its second point. The match ended 5-2.

The following day Santa Barbara Traveled down to Fullerton to face the Titans in a match to determine the second place spot on the Big West standings. The day started with another Dubavets and Stojic loss, losing 6-1 to juniors Camille De Leon and Alexis Valenzuela.

UCSB extended the lead to 2-0 after an impressive Stojic win over Karla Portalatin winning both sets 6-1. Santa Barbara never lost the lead and  on to went win 5-2.

Despite dropping from national rankings, Santa Barbara is gathering a full head of steam heading into the post-season with minimal losses and maximum momentum.

The Gauchos will close out Big West Conference play this Saturday against Cal Poly at Mustang Tennis Complex at 10 a.m.