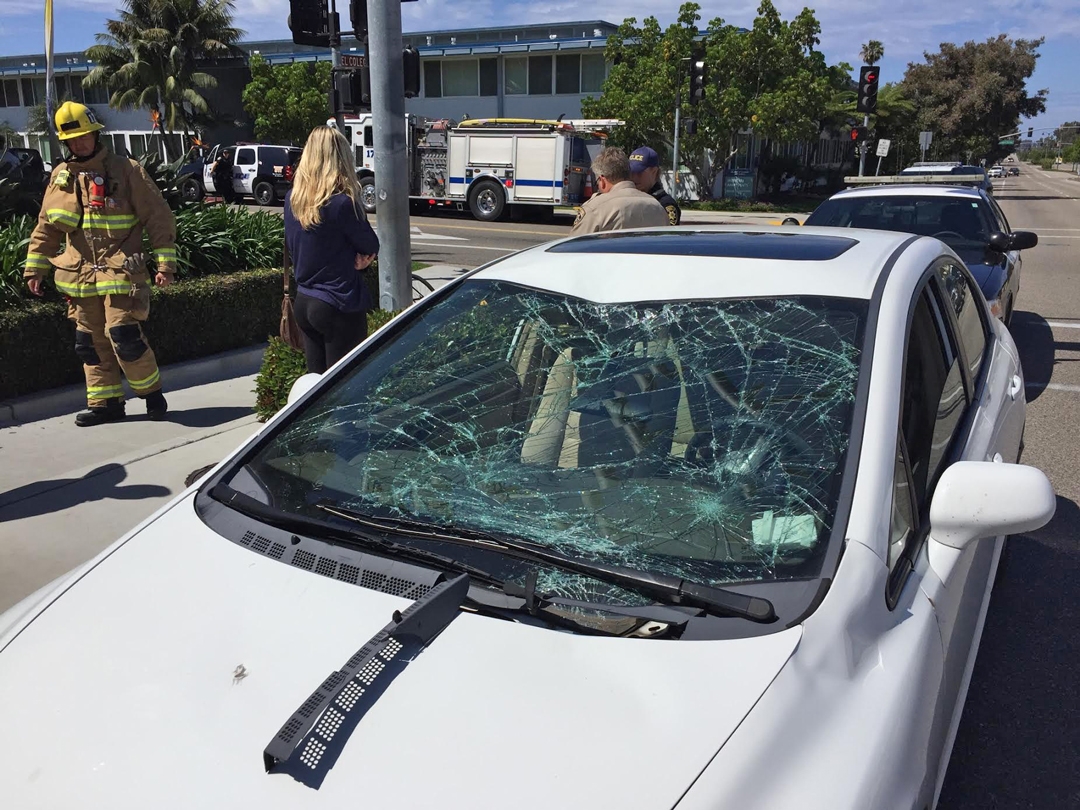 The white sedan that collided with a bicyclist on Monday. (Santa Barbara County Fire Department)

A 21-year-old man collided with a car going 30 miles per hour eastbound on El Colegio Road toward the UC Santa Barbara campus on Monday morning.

A woman was driving a white sedan toward the university shortly after 11 a.m. when she drove under a green light and hit a biker who had continued through the intersection of El Colegio Road and Embarcadero Del Norte, according to Mike Eliason, spokesperson for the Santa Barbara County Fire Department.

Eliason said the car hit the college-aged man and “he flew up and over the vehicle and landed back down on the street.”

The man suffered head injuries and additional moderate injuries, according to Eliason, but he was “standing and talking” when firefighters arrived. He was taken to Santa Barbara Cottage Hospital.

According to Noozhawk, the man was not wearing a helmet at the time of the accident.