The UCSB women’s tennis team will be hitting the road this week to face two Big West foes, UC Irvine and CSU Fullerton, as it looks to continue its dominant start to conference play. 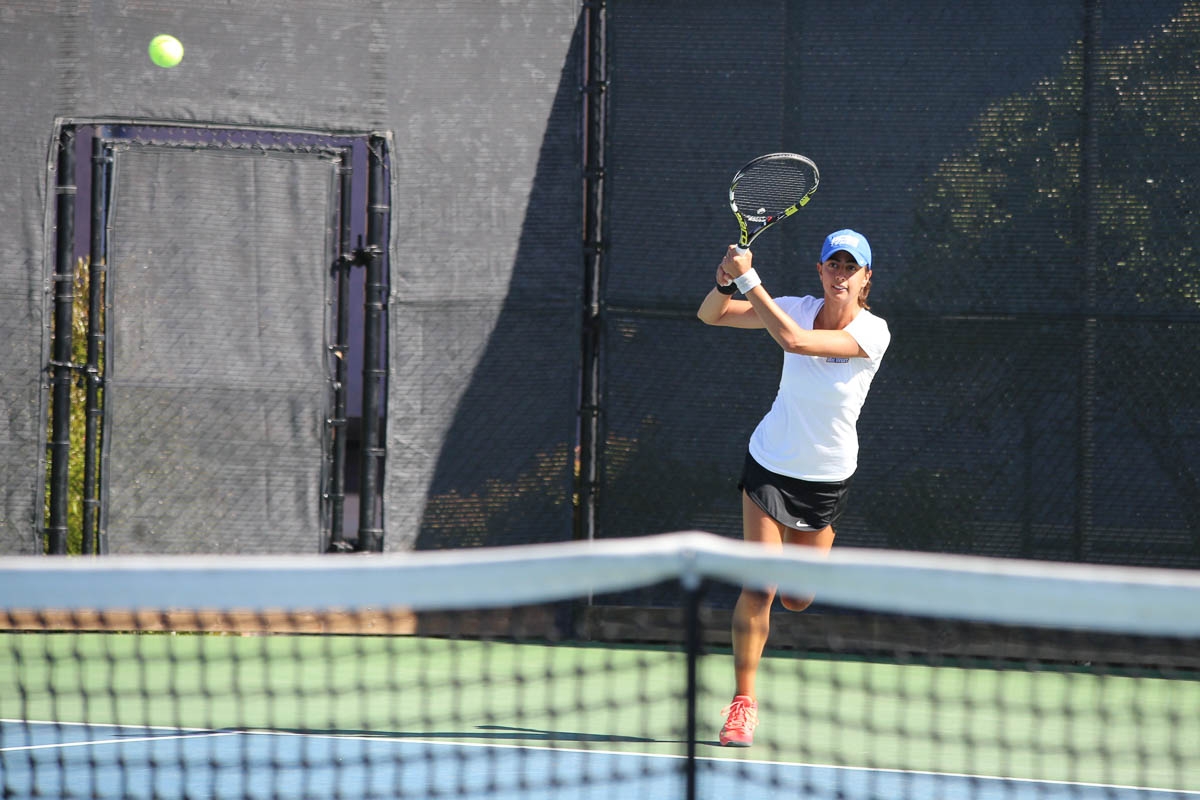 The Gauchos, having won six of their last eight games despite recently being dropped from the ITA national rankings, will enter this weekend with an 11-7 overall and 4-1 Big West record, while they currently sit at third in the conference standings.

UCI has had an inconsistent season, to say the least, mustering a 3-13 record to this point and a 1-3 conference record.

In last season’s meeting between the Gauchos and Anteaters, UCI earned a 4-1 win. Participating in UCSB’s lone game victory was sophomore Natalia Da Silveira. Da Silveira was one half of a doubles team that won although Santa Barbara lost the opening doubles point.

While Irvine managed to defeat UCSB in last year’s matchup, the Anteaters possess a youthful roster in which a majority of their players are underclassmen. As a result of this youth, UCI has struggled with establishing consistency on the court.

The Anteaters have used 18 different duos in doubles play. Nonetheless, in singles play, aside from senior Sarah Gong, every player on UCI’s team has been used in different positions from the two spot to the six.

The inconsistency may be a contributing factor to such a disappointing season, as thus far the Anteaters sit within the bottom of the pack in the conference standings with their three victories coming against UC Davis, Middle Tennessee and Grand Canyon University.

Contrary to UCI’s consistency woes, CSUF has been one of the conference’s most improved teams. After a seventh place Big West finish last season, 10-12 overall and 2-6 conference record, the Titans are currently on a three-match winning streak with just three matches remaining.

However, although the Titans have an impressive record, they have played virtually no ranked opposition unlike the other top three teams in the Big West.

Moreover, the last time these two teams played, it did not end well for the Titans. UCSB swept Fullerton 7-0 and could possibly upset the Titans as it is off to an encouraging start.

“We would hope so [[We would hope [to beat the Titans]]], we have a shot in every position and they have improved a lot and we have as well,” Head Coach Simon Thibodeau said. “They are tough. We have to take them very seriously.”

Fullerton standout junior Alexis Valenzuela is definitely a player to watch out for on the Titans’ side of the court. In singles, she leads the team with a 14-3 dual record and all of those are at the one spot. She is also one half of a fairly tough doubles team alongside junior Camille De Leon, as they both have stringed together a nearly flawless doubles record.

The pair of juniors have a 12-1 dual record in doubles all at the one slot as well. Valenzuela and De Leon will more than likely need to face off against UCSB’s power duo of junior Stefani Stojic and sophomore Palina Dubavets, who are currently ranked at the No. 15 spot in the ITA rankings.

UCSB, with only four matches remaining in the regular season, is currently standing at third in the Big West conference after recently enduring its only conference loss against defending Big West Conference champions Long Beach State last Saturday.

This Saturday, April 9 the Gauchos will play at UC Irvine at 12 p.m. On Sunday, April 10 UCSB will face off against CSU Fullerton at 11 a.m.