The Daily Nexus
News
New UCPD Substation To Open in Library
April 7, 2016 at 5:24 am by Nicholas Bogel-Burroughs and Josh Ortiz

UC Santa Barbara Police are preparing to open a new substation in the UCSB Library, hoping to establish informal interactions between officers and students and increase their presence near the east side of campus.

Chief Dustin Olson said he expects the substation, which is an office with a desk for two officers, to open shortly. UCSB Police (UCPD) had expected the substation to be operating in March, but its opening has been delayed as the library waits for a furniture delivery. 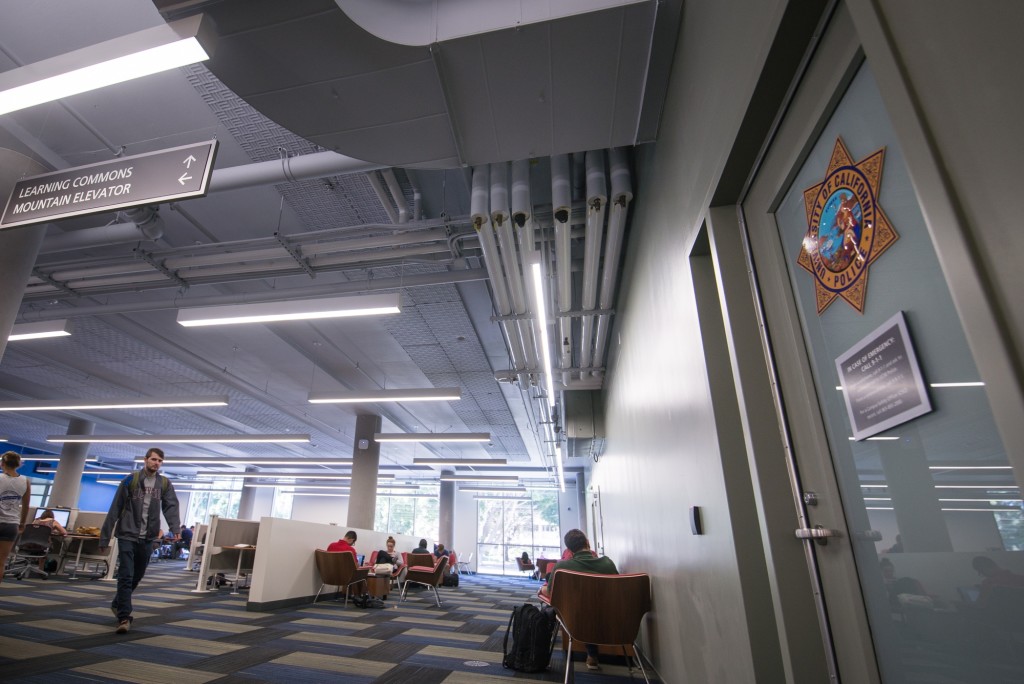 UCPD hopes to open the new substation shortly, which will allow officers to have informal interactions with students and have an office closer to east campus. Jenny Luo / Daily Nexus

“We’ve worked long and hard about being a big footprint in the new facility,” Olson said. “It’s just a number added to our number of community policing offices around campus.”

There has been a UCPD office on the ocean side of the library since 2012, but the university hopes the new room will be more accessible to students.

“[The previous space] was kind of a temporary space and this is now meant to be a more permanent and visible department,” said Rebecca Metzger, assistant university librarian for outreach and academic collaboration.

Metzger said a university librarian began working at the UCSB Library about five years ago and “immediately said that this just really isn’t a secure enough space.”

“She was hearing from parents that they didn’t feel that safe because there wasn’t any [Community Service Officer] or police presence overnight; it was just a room,” Metzger said. “Basically, people were figuring out that they can just prop the door open and let other people in, so anyone could really come in.”

Currently, Community Service Officers (CSOs) work in the library overnight, patrolling the study spaces regularly and monitoring the doors after hours when only students, faculty and staff are allowed. With the new space, Metzger said, they will be able to check into a physical office. 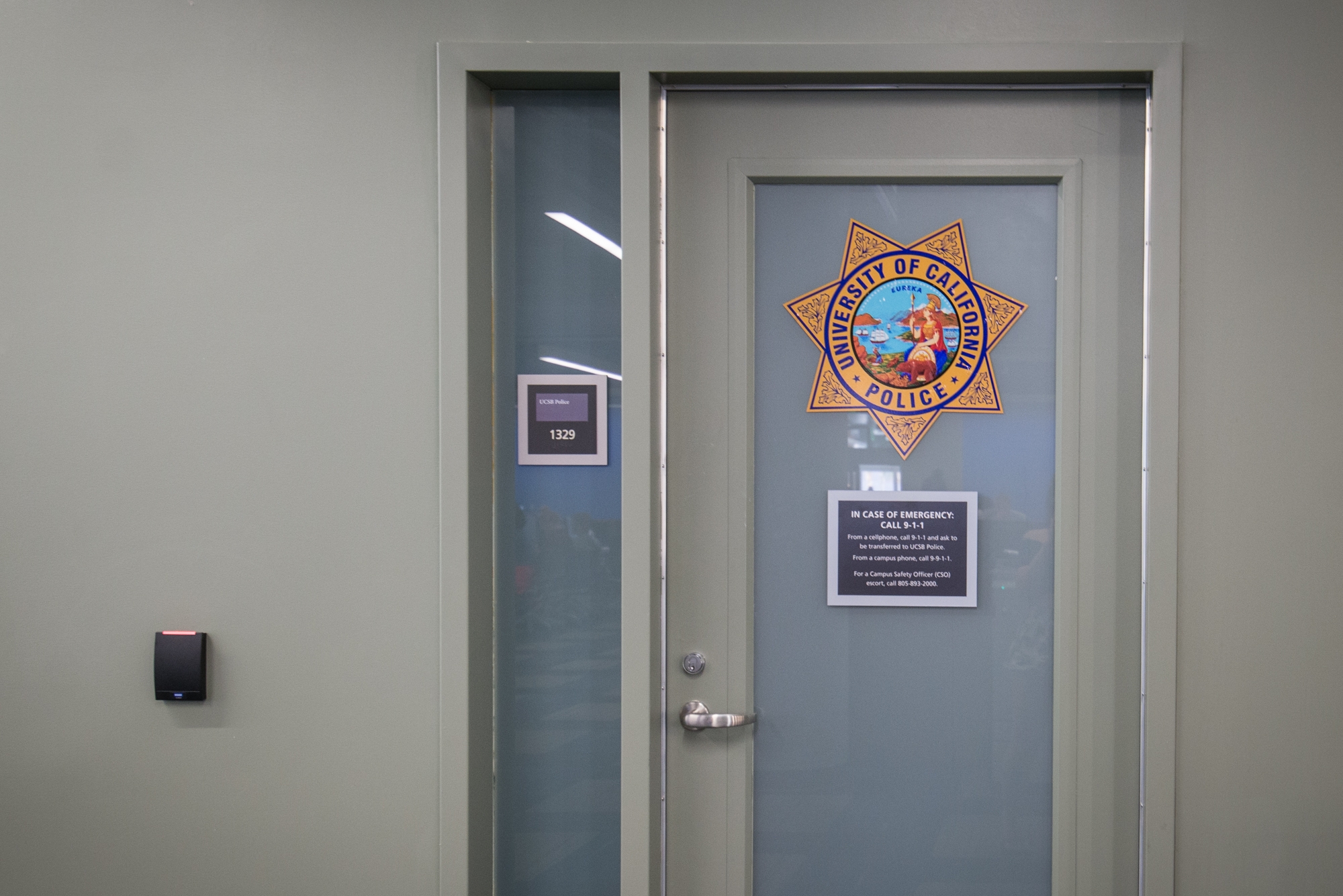 UCPD officers will not work in the substation on a regular schedule, but will be able to stop by and write reports, conduct interviews or store their radios and other equipment. It also allows UCPD to extend their reach across campus.

“This is just one substation they have as part of that broader goal to break down those barriers in the communities they serve,” Metzger said.

Olson said the office will also allow the department to extend its reach to the east area of campus. Much of UCPD’s focus is dedicated to the center of campus and the west side, which borders Isla Vista.

The substation “definitely extends ourselves to that east campus because we don’t have a large presence unless we’re mobile, driving in that area,” Olson said, adding that the new office is “a place where we can literally hang our hat.”

Heather Vest, fourth-year biology major who was walking out of the library Monday afternoon, said she had mixed feelings about the new substation.
“I’ve been here late at night and I’ve seen CSOs walking around, but it’s not like a lot of security really,” Vest said. “I feel pretty secure in the library — everything’s closed at night and there’s only one door open — but maybe other people don’t.”

While Vest said she thought the new substation was a “cool” idea, she said seeing police on campus makes her think someone has committed a crime.

“I feel like in the past I’ve seen UCPD on campus and it kind of makes people feel uncomfortable,” Vest said. “If someone’s driving around in a UCPD car, I know that something’s going on on campus or something’s wrong.”

That view is one that Olson hopes will change with the new station. He said officers should be “accessible to the community, a visible presence” and that the new substation will help officers interact casually with students.

Nicholas O’Dea, first-year physics major, was studying on a bench outside of the library on Monday. He said “knowing that [the new substation] is there makes me feel a bit more comfortable, knowing that there’s a CSO presence.”

O’Dea said he understood that others might not want UCPD officers to continually patrol the library, but that the office itself adds a level of security.

A version of this story appeared on p. 5 of the Thursday, April 3 edition of the Daily Nexus.