The Daily Nexus
Tennis
No. 47 Gauchos Prepare For a Two-Match Weekend
April 7, 2016 at 5:04 am by Daniel Moebus-Bowles

The No. 47 UC Santa Barbara men’s tennis team is set to face a long weekend in which it will face two teams, one home and one away. On Saturday afternoon, the Gauchos will host an old rival in the University of Nevada, Las Vegas in a makeup match that was rained out in early March. Following the non-conference matchup, Santa Barbara will head south to pick up its conference play with a match at UC Riverside. 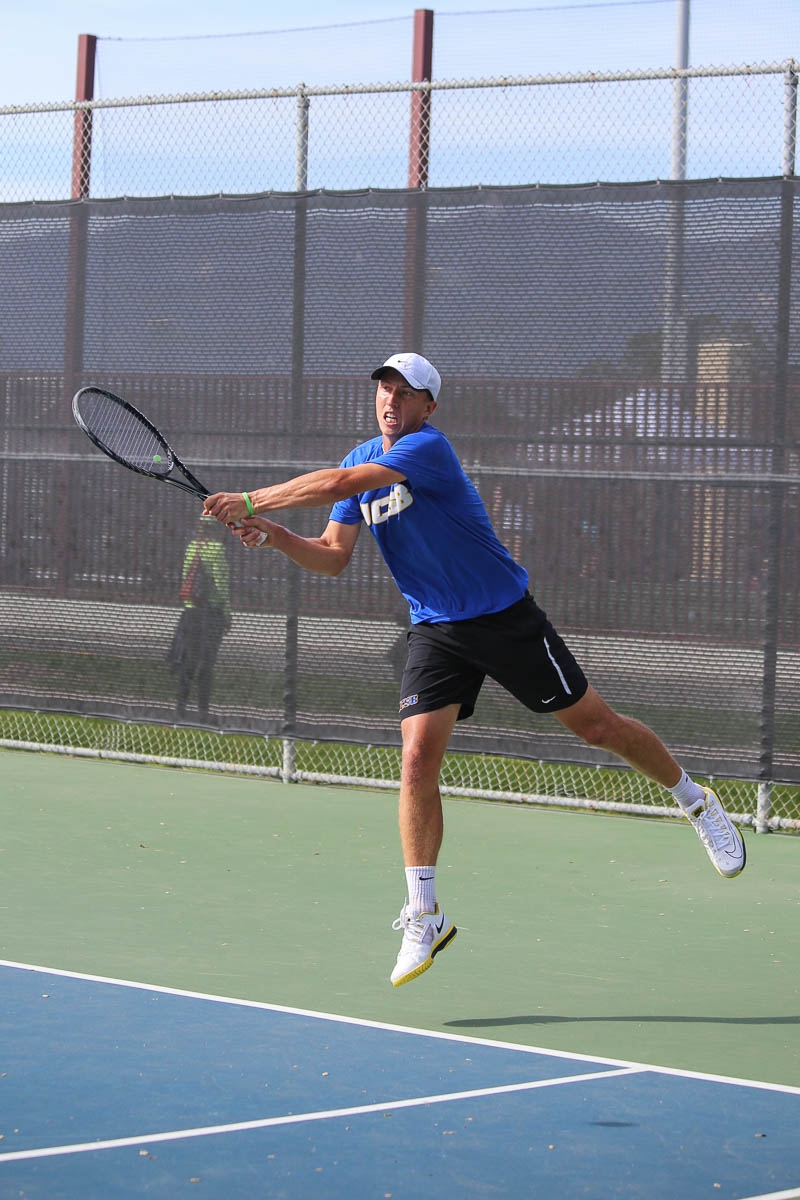 “I’m very excited for the rest of the season,” senior Nathan Eshmade said. “We just have to keep practicing and keep pushing. This is where it all counts.”

The Gauchos head into the weekend with an overall record of 12-6 and are 2-0 in Big West Conference play. The Rebels of UNLV come in with a 9-6 record and the UCR Highlanders stand 12-11 overall, 1-2 in conference.

UNLV currently rides a four-match win streak in which the team only forfeited a total of five points and topped the likes of New Mexico and Fresno State.

The Rebels have played some common opponents with the Gauchos such as Hawaii, who both teams defeated 7-0, and Pepperdine, who defeated UNLV but fell to Santa Barbara.

The Rebels are led by junior Jakob Amilon, who is the only player to have played on court one for his team during the dual match season. He is 16-5 overall this season, holds a dual match record of 11-4 and has won seven of his last 10 matches. Joined by sophomore Ruben Alberts, Amilon also plays on court one in doubles for Las Vegas and holds a dual match record of 8-4. The junior player will likely matchup with Santa Barbara’s Eshmade in both the singles and doubles round.

UNLV will have one home match with Air Force on Friday afternoon before making the trip to California.

UC Riverside will face the Gauchos on Sunday after hosting Cal Poly the previous afternoon. The Highlanders currently sit on a one-match losing streak after dropping a 7-0 outing to UC Davis. Before falling to the Aggies, Riverside had won two straight, defeating both Hawaii and Middlebury.

The Highlanders struggle in both singles in doubles play as their records in each are below the .500 mark. The only consistent performances on the team’s roster have come from freshman Kyle McCann, who plays primarily on court three for his squad.

So far this season McCann holds a dual match record of 14-9 and will likely match up with Santa Barbara’s junior co-captain, Morgan Mays.

“We really want to win Big West a second straight time, and it starts here,” Eshmade explained. “Our ultimate goal is to get back to the NCAAs, but we just have to take things match by match.”

The match on Saturday with UNLV is set to start at 2 p.m. at the Rec Cen Courts. The Gauchos will face UCR in Riverside on Sunday at noon.