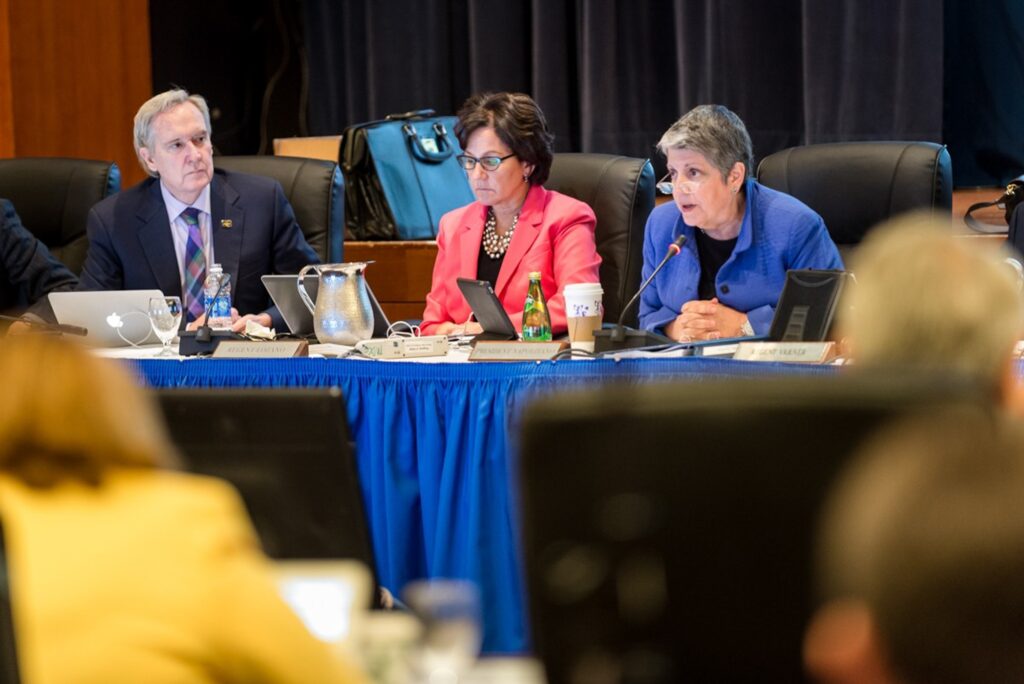 State legislators harshly criticized the University of California in an Assembly oversight hearing Wednesday, with one lawmaker saying he was “pissed” when he saw the state auditor’s claim that the UC had relaxed its standards in admitting nonresident students.

Additionally, the audit claims that the UC lowered its standards for nonresidents by admitting thousands of out-of-state students with lower grade-point averages, S.A.T. and A.C.T. scores than those of resident students.

Assembly members called the hearing to examine if the University’s admissions and finance policies disadvantaged California residents applying to the UC in recent years. According to committee chair and District 52 Assemblymember Freddie Rodriguez, the UC’s policies have failed to put Californians first.

“Sadly, we are here today with an audit report that confirms what many of us have speculated,” Rodriguez said.

District 64 Assemblymember Mike Gipson, who requested the audit in 2015, said he was “pissed” by the state auditor’s findings that the UC displaced resident students by increasing the number of non-resident students.

“I think it is a slap in the face, not only of the members of the legislature, but also of the taxpayers of the state of California,” Gipson said. “The University has just done a very poor job.”

UC Associate Vice President of Undergraduate Admissions Stephen Handel insisted, however, that the report is “incomplete” and that the University admits every eligible resident student.

“The University makes an explicit guarantee to every family in California whose son or daughter applies to UC that we will find a place for them if they meet UC’s eligibility requirements,” Handel said. “It is a guarantee that we never extend to nonresidents.”

The state audit report specifies UCSB among four other campuses that increased its nonresident target faster than the resident target. Nearly 20 percent of UCSB’s expenditures are funded by the state, and the freshman enrollment targets for the 2015-2016 year aimed for approximately 3,850 California students and 550 nonresidents.

The different enrollment targets were created to fill each state-funded seat with a California student, according to Lisa Przekop, UCSB Director of Admissions.
“Non-residents never replace a seat funded by the state,” Przekop said in an email.

According to Przekop, the “slight” differences in GPA can be attributed to inconsistencies in the ways different schools calculate GPAs across the world.
In the Assembly hearing Wednesday, Handel said the GPA, S.A.T. and A.C.T. scores of the students admitted to the University do not completely qualify an eligible student.

“Reader evaluations are based on a set of 14 academic factors that look well beyond traditional numeric markers of achievement,” Handel said. “A grade-point average and a test score, important as they are, provide only partial insight into the qualifications of students for college.”

District 16 Assemblymember Catharine Baker told the UC representatives at the meeting that they need to stop discounting the audit report as “unfounded” and start working with the legislators on a solution.

“It’s very easy for all of us to come after you with pitchforks, and trust me, I’ve got one and constituents of mine have one,” Baker said. “Part of the solution is that you are not tone deaf. One of the worst things that can happen with a public servant is they get tone deaf. That’s what we’re hearing.”

A version of this story appeared on p. 1 of the Thursday, April 7 edition of the Daily Nexus.