Renowned street artist Chor Boogie displayed his latest series of paintings in the Arbor Thursday entitled “The Divided States of America,” which depicted the divisions present in American society. 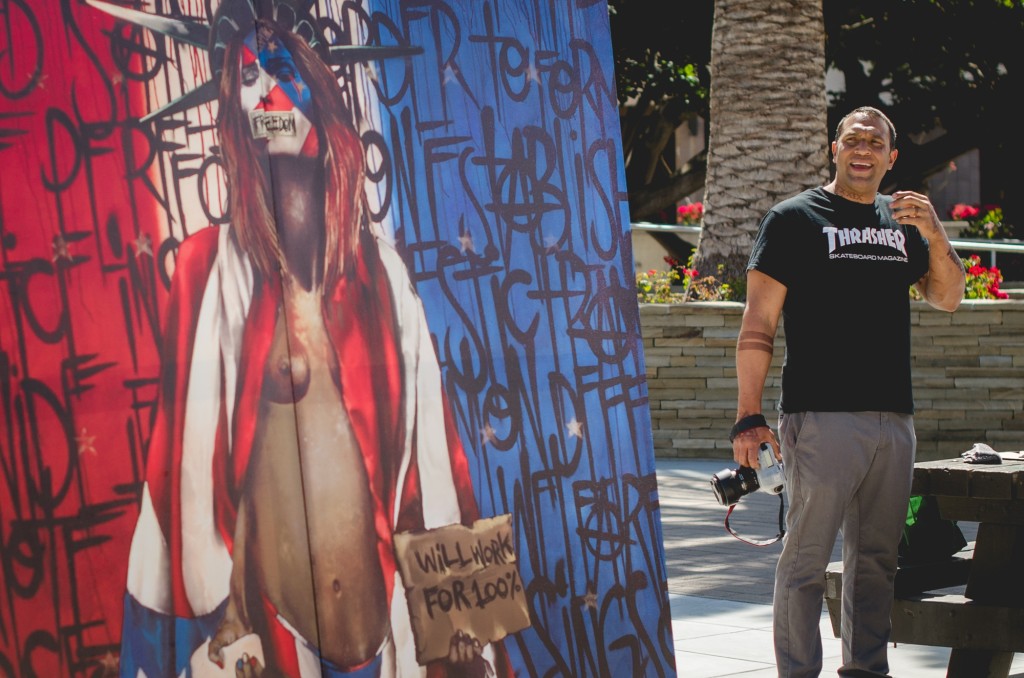 The project was completed in 2012 and includes massive spray paintings that explore the various ways America has become divided over current issues. “The Divided States of America” was featured at the 2012 Democratic National Convention and will be on display at both the 2016 Democratic and Republican National Conventions.

Chor Boogie, artist of “The Divided States of America,” said the series opened his mind to a “whole different perspective” of politics.

According to Boogie, the series aims to uplift everyone, including those who are affluent and don’t experience many societal issues present today.
“I don’t see them tearing down, I see them lifting up and being uplifting,“Boogie said. “If somebody wants to take them that personal, that’s their personal prerogative. That’s my whole point of this entire series: solutions.”

Boogie said he wants his art to provide viewers with new perspectives to prevalent issues. 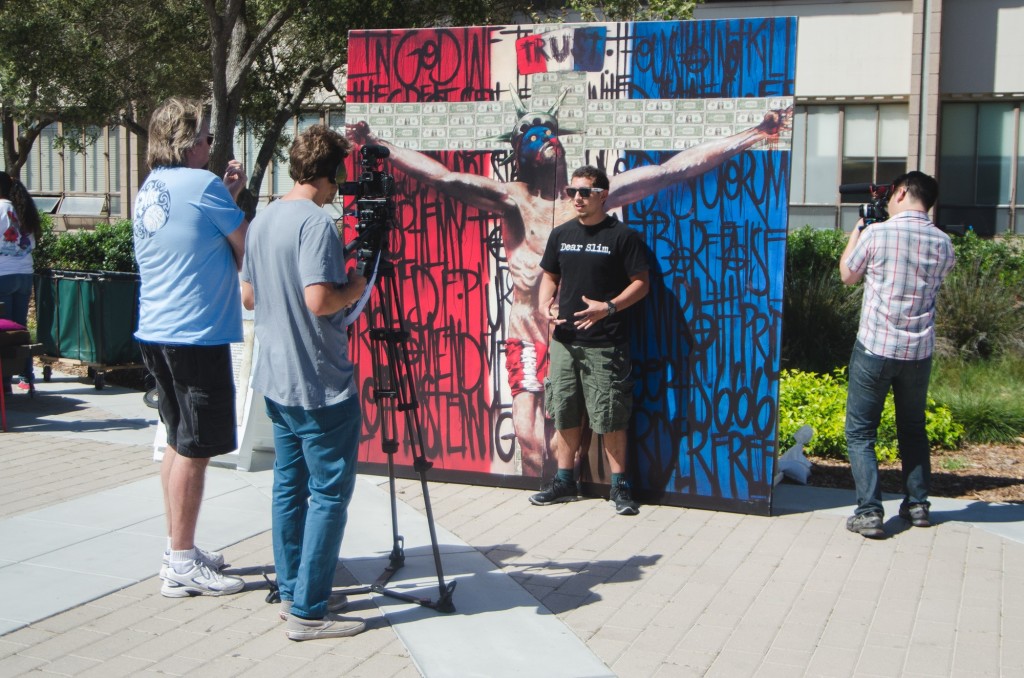 “Of course, yeah, it opens up hearts, minds, bodies and souls to a whole new perspective that they either didn’t care about, or they do care about and they’re just so engulfed in the one way versus the 100 million other ways that are out there,” Boogie said. “Critical thinking, that’s all I ask for.”

Boogie said the installment was in part a collaboration between him and Nirmal Mulye, the commissioner of the paintings.

“Yeah, he gives some input but he puts in a good 20 percent vs. my 80 percent. The artwork is all my concepts,“ Boogie said. „He wanted a broader perspective of exposing the truth, exposing what’s really going on out there. He comes from a background of nothing, to basically starting his own businesses out here in America, and doing a lot of interesting things politically-wise.”

Boogie said people are capable of finding solutions to the political, social, economic and religious divisions present in America.

“I know we’re doing it, but [people are] using money and politics to push it in a certain direction versus ‘yo man, we need to do something about that or something drastically bad is going to happen,” Boogie said. “So that can go for a lot of these topics whether it’s immigration laws, education, religion … it’s endless bro”

Boogie believes that should people throughout the world overcome their differences, solutions can be created and enacted.

“Of course the world, ya know, I think everybody should be on the same page, but it’s not always gonna work like that. There’s so much diversity and different perspectives. If we can just create certain solutions that mold with that diversity, we should be good, ya know? Nothing’s gonna be perfect. Let’s just use some critical thinking with a little bit of precaution. Let’s be discerning.”

A version of this story appeared on p. 6 of the Thursday, April 7 edition of the Daily Nexus.