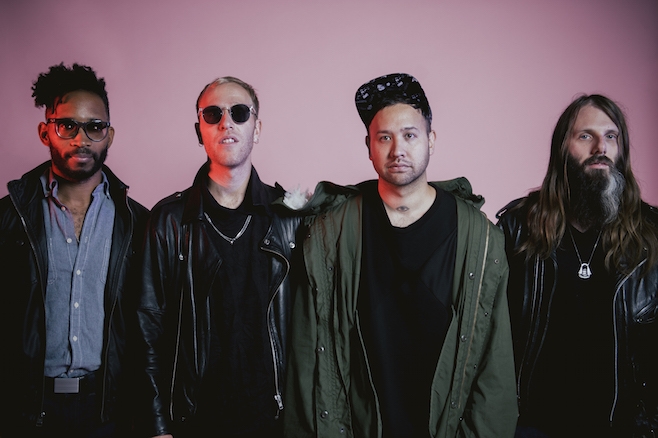 In 2010, a mysterious, hip new track was floating around the ether, gaining acclaim from popular and respected music bloggers. After some time trying to track down the creator of this delectable new flavor of lo-fi rock, singer and guitarist Ruban Nielson finally laid claim to it under the name Unknown Mortal Orchestra. Thus, with “Ffunny Ffrends,” UMO was born. Fueled by this pre-prepared hipster blog following, the New Zealand/Portland-based group hit the ground running, releasing a self-titled album in 2011 that gained acclaim from Pitchfork Media for its unique lo-fi garage rock sound with just the right touch of psychedelia.

With the recent success of their third album, Multi-Love, it is no surprise that Unknown Mortal Orchestra’s upcoming show at SOhO has been sold out for weeks. You may know UMO from last summer’s Outside Lands lineup, though you may not have seen them given Mac DeMarco’s conflicting show time. Be this the case, I sincerely hope you’ve claimed your SOhO ticket, because an Unknown Mortal Orchestra performance is so grungy yet perfectly executed that it turns passive music listeners into connoisseurs and brings connoisseurs to tears.

Drawing inspiration from classic jazz and hip-hop artists like Chet Baker and MF Doom, UMO’s vintage sound peppered with affected guitar and hypnotic bass lines is the stuff of underground rock dreams. Though their recordings are testament to this, it is impossible to comprehend the depth of talent each musician in the band possesses individually without witnessing one of their seven-minute intra-song jams during a live show. So, calling all lo-fi fanatics, all garage rock enthusiasts and all psychedelic devotees; this April 14, 9 p.m. show is the one for you.