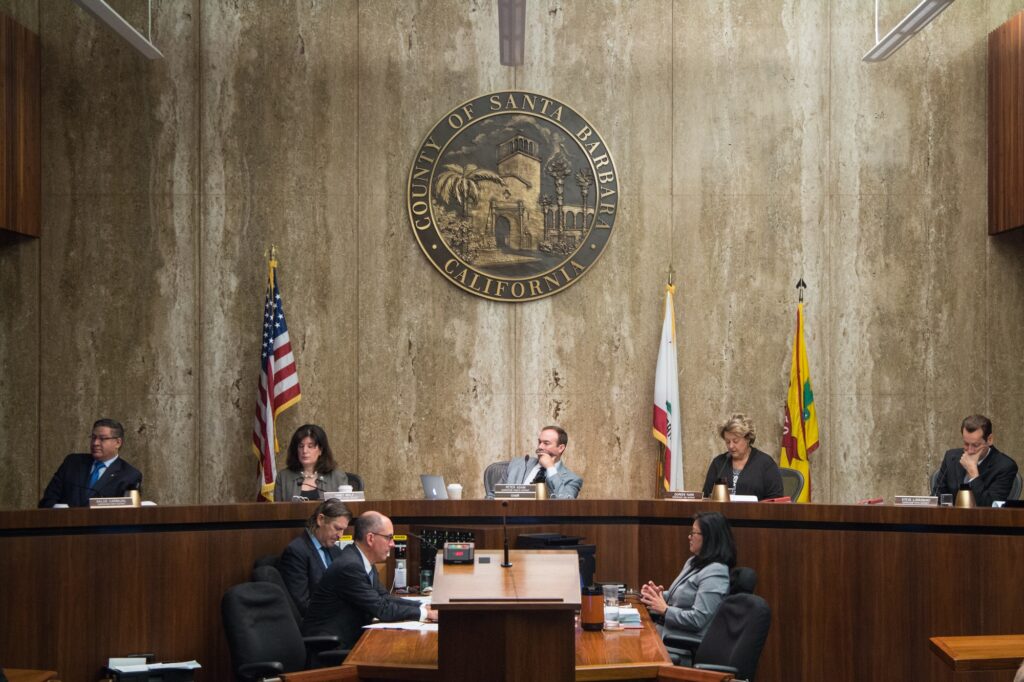 The Isla Vista Safe Committee presented a report to the County Board of Supervisors (above) on Tuesday. Spencer Brandt / Daily Nexus

Dudley and Third District Supervisor Doreen Farr presented the 32-page “Report to the People” at the County Board of Supervisors meeting Tuesday morning.

“Although you’re going to be hearing in detail about the report . . . the proof is in the pudding,” Farr said, referring to the most recent Deltopia statistics.

The report praised events like Coffee With a Cop and Pizza with Police as well as the Isla Vista Foot Patrol (IVFP) body camera pilot program, saying they “have significantly helped to break down barriers between law enforcement and Isla Vista residents.” 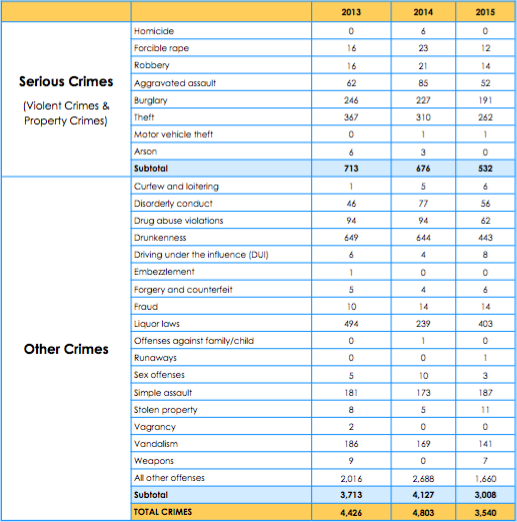 Due to a $400,000 donation from UCSB Foundation Trustees, UCPD and IVFP personnel were able to purchase new radios, according to the report, and a $50,000 grant from California Alcohol and Beverage Control “allowed deputies to be assigned overtime shifts that specifically targeted underage drinking in Isla Vista and the City of Goleta.” 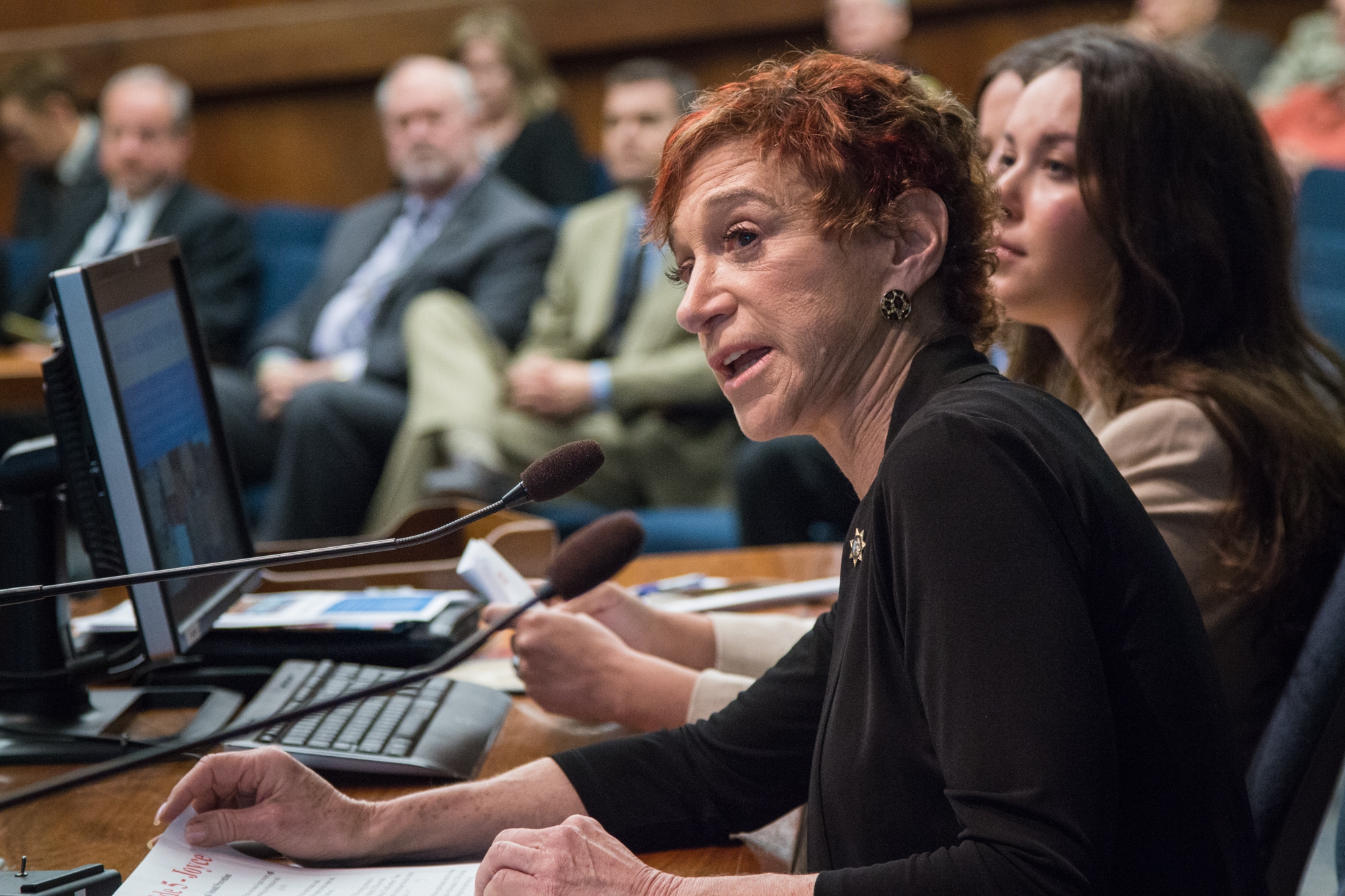 Dudley proposed two ideas Tuesday that would change Isla Vista’s judicial process: A prosecutor who would have an office in Isla Vista and exclusively try crimes committed in I.V., and a neighborhood court that would bring “restorative justice” to the area.

In addition to workshops around campus like the Green Dot bystander intervention program, the report said UCSB also employs a UCPD officer whose purpose is to investigate sexual assaults using a “trauma-informed approach when working with survivors,” funded via a three-year grant from the Federal Office on Violence Against Women.

The report welcomed the decreasing attendance and crime during party weekends such as Halloween and Deltopia, saying a combination of deterrents and on-campus events contributed to the decline.

“While clearly we’ve made a lot of progress, the work’s not done.” – Doreen Farr.

UCSB sends letters to officials of other universities whose students are arrested in I.V. during Deltopia or Halloween weekends, and Santa Barbara City College (SBCC) students who are arrested during these party weekends are required to meet with an SBCC dean.

Thousands of students attended Fitz and the Tantrums and Snoop Dogg concerts during Halloween weekend last year, which the report says UCSB spent more than $300,000 to host.

Grouplove played in UCSB’s Thunderdome on Saturday during Deltopia, drawing an estimated 3,500 students, roughly the same number who attended the unsanctioned festivities in I.V.

“Most of us agree, to feel that we have confidence in a real culture change and in the improved safety of the community, we would like to see the Halloween and Deltopia events down to the level that they were this past year for a couple more years,” Farr said. 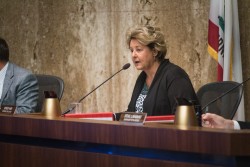 “While clearly we’ve made a lot of progress, the work’s not done,” she continued.

Several people made it clear in the public comment period Tuesday that they did not agree with all aspects of the report.

“Alternative events are lauded in the report, and I would like to say it is not necessarily the case that they are supported in the community,” said Andrew Gabriel Pragin, a UCSB alumnus who focuses on issues affecting I.V.

Pragin noted that although arrests and citations declined this year, the numbers increased as a percentage of those who attended.

Peter Adams, chair of the board and fourth district supervisor, said the people who attended Deltopia 2016 must have been the ones who were causing problems in past years.

“Even though you had less people attending, those are the people that were the problem in the first place,” Adams said, adding that those people will not learn to “conduct themselves in an adult fashion” until they “get arrested a few more times.”

“Maybe they’ll learn their lesson at some point, I know I did,” Adams said. “I just think that this number will go down if we keep chipping away at that culture.”

Jay Freeman, an Isla Vista resident running for third district supervisor, was very critical of the report, and said I.V. Safe acts as if Isla Vista is “a dangerous infestation” and “a problem to be solved.”

Freeman unfurled large posters of what he said were previous advertising campaigns by I.V. Safe. He said the committee “truly crossed a line” when it ran a picture of inside a medical tent with the caption, “Throwback Thursday to people having a blast at Deltopia last year.”

“The message of I.V. Safe is one of a totalitarian police state trying to scare people into compliance,” Freeman said, adding that the group’s “rebranding” commercial “comes off as a campaign advertisement for a handful of politicians.” 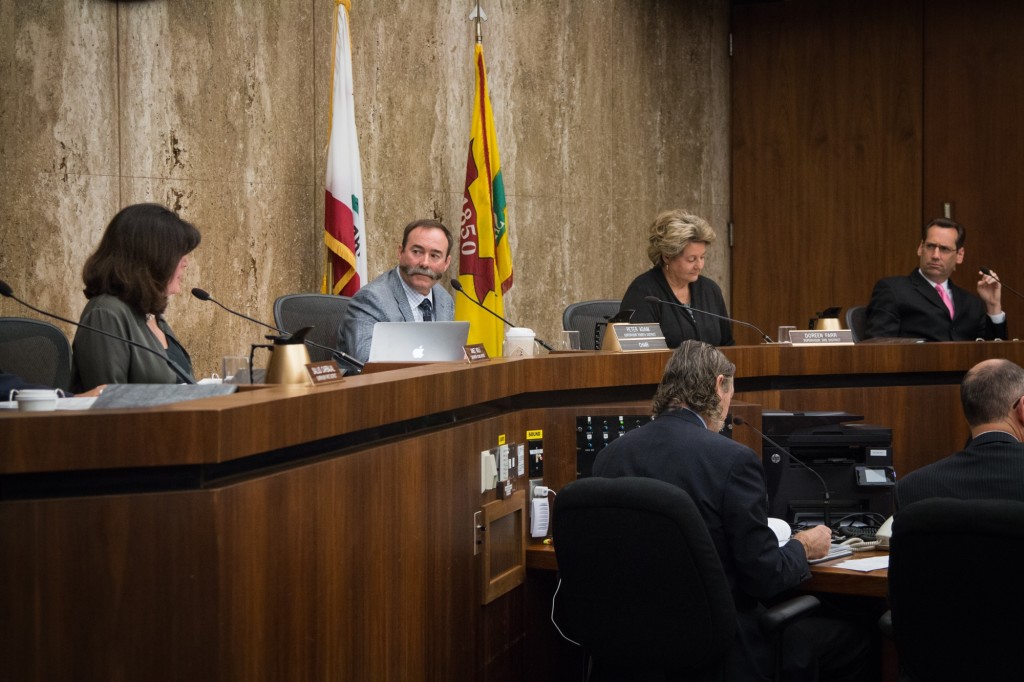 Second District Supervisor Janet Wolf disagreed, saying the advertisement campaign might help others realize that there are consequences to drinking heavily in I.V.

“The pictures of the kids in the tent who were getting medical treatment, it was horrible to me,” Wolf said. “It just kind of struck home to me that this could happen.”

The board members were very supportive of the campaign, thanking the report’s contributors extensively, and were hopeful for what they see as an improved I.V.

“I’m a Gaucho myself, and I’m very familiar with all the issues that were pervasive in Isla Vista needing attention,” Carbajal said.

“I’m a Gaucho too and I don’t remember parties,” Dudley said. “I remember a lot of hard work at that school.”