Within the guts of herbivores reside anaerobic microbes that may be the key to future developments in industries ranging from biofuels to pharmaceuticals.  Michelle O’Malley, professor of chemical engineering at UCSB, is at the helm of this innovative research into these curious gut microbes. 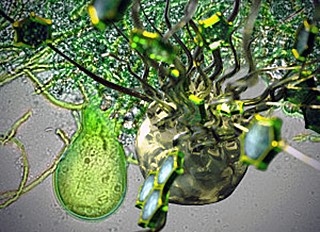 Anaerobic microbes, found in the guts of herbivores, allow herbivores to utilize the energy from plants rich in hard to digest plant materials like lignin and cellulose. The gut microbes break down the plant cellulose using enzymes involved in complex chemical processes.  The microbes are able to take these tough cellulose polymers, clip them up, and break them down into sugars, which the animal can then use as an energy source.  The ability of these microbes to break down plant material that is usually disposed of and turn it into an energy resource is the process O’Malley’s lab is investigating.

O’Malley’s lab is the only lab in the United States that isolates and studies these anaerobic microbes.  O’Malley initially became interested in them as a post-doctoral researcher and traveled to the United Kingdom in order to learn about and bring back techniques on how to isolate these microbes.  The isolation process begins with fecal matter obtained from the Santa Barbara Zoo, which is then mixed up anaerobically (i.e. in the presence of carbon dioxide) in order to draw out the microbes.  Nutrients are then added and the mixture is diluted and desirable microbes are selected for.

“[For example], if we are looking for biomass degrading microbes, we put in some grass and the microbes that are going to survive are the ones that can use that particular carbon source,” says O’Malley, describing how the dilution and selection process works.

A fascinating aspect of the microbes that O’Malley’s lab focuses on is the interaction of microbes within communities. Unlike chemicals, microbes are capable of working together symbiotically.

O’Malley explains that, “in nature microbes and really all life forms are not alone … fungi work together with other microbes that help them to produce the enzymes [used to break down cellulose] and to get ride of their byproducts that they generate that are not healthy for them … hydrogen [a toxic byproduct] … inhibits their growth, but there is another microbial population called methanogens that take in hydrogen…and actually converts that into methane.” 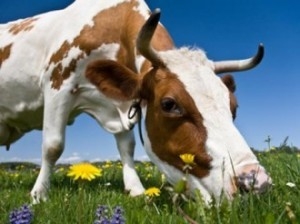 O’Malley in interested in studying these partnerships that fungi make that influence their behavior and learning how they form and how they can synthetically control them. By studying these mechanisms, O’Malley is working towards bettering the future of biofuels.  Most bioethanol is sourced from corn, and this corn competes with food and agricultural feed, which is making fuel from food and not waste.  Anaerobic microbes, however, are able to use materials that usually go to waste—so nothing more has to be produced in order for the microbes to be able create energy. O’Malley proposes, “if you can use the microbes to try to start [creating biofuel] from waste then it is value added rather than value taken.”

Due to the unique nature of these anaerobic microbes, the methods by which they can be used in practice to create usable energy are also a hurdle to jump over.

O’Malley explains that, “usually [in chemical engineering], you think of things being well mixed and aerated, but everything you would want to do for a microbe that has normal respiration and takes in oxygen is totally out the window for these microbes. You don’t want to mix them and want oxygen out and rather than big vats, it would be better to have long raceways or enclosed large multi-surface fermenters … because they like having a lot of surface area to spread and not to mix.”

O’Malley is currently working in collaboration with people to create new reaction schemes to take advantage of spreading out reactors in order to create conditions that are more effective for the anaerobic microbes. 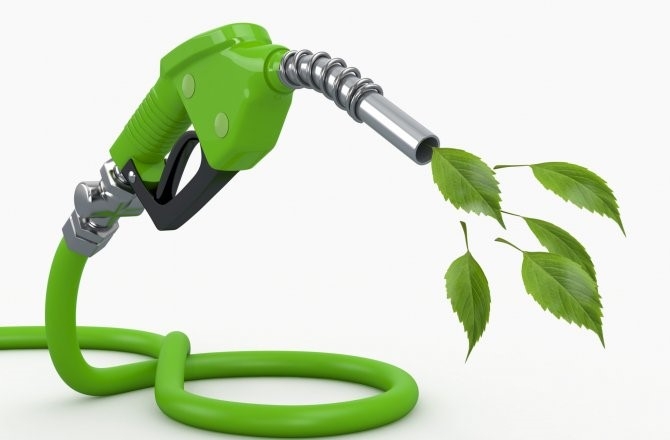 The applications for these anaerobic fungi are endless. They can be utilized as a source for fuel, chemicals, pharmaceuticals, or even a commodity like a flavoring. The innovative research done by O’Malley shows how much of a “chameleon discipline” chemical engineering really is.  O’Malley says that “the best solutions to grand challenges come at the intersection of different disciplines,” which is truly shown by the success of her interdisciplinary and groundbreaking research.