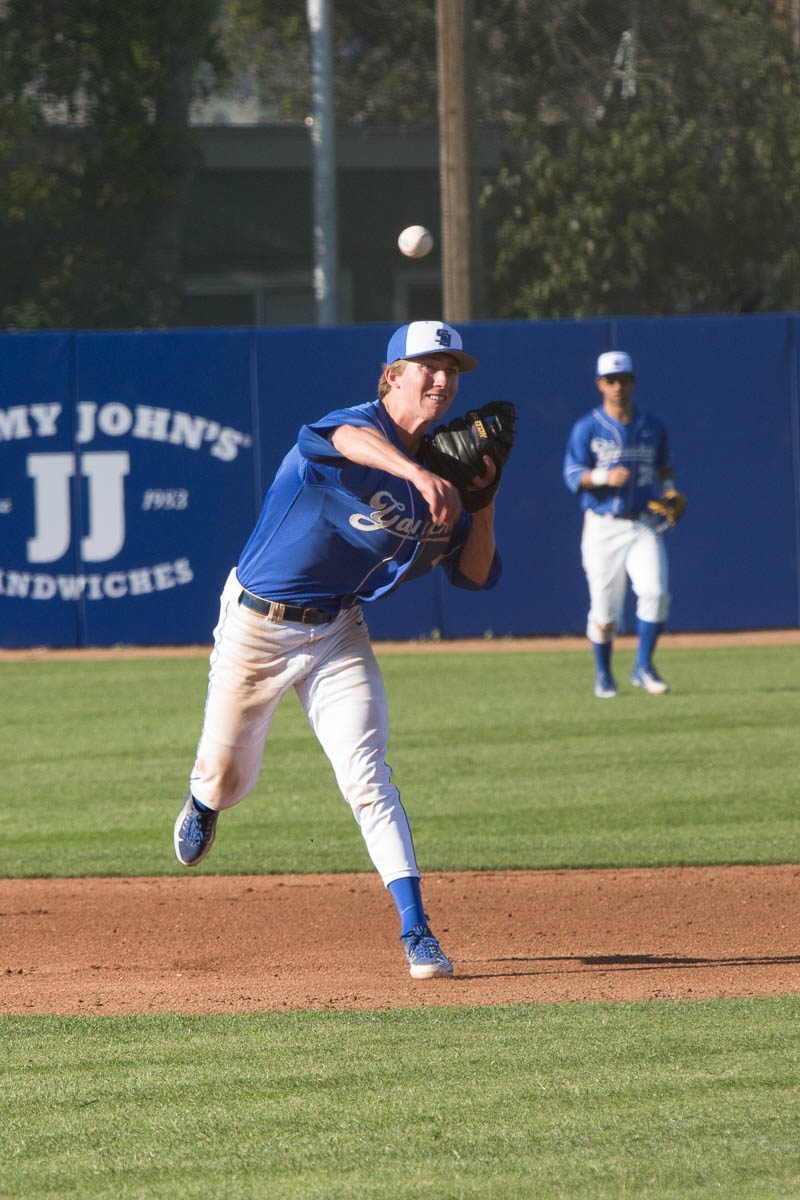 The two wins and one loss from the weekend gives the Gauchos a 20-6 overall record, 2-1 Big West, and officially hold the best winning percentage in the conference (.769). The Dirtbags fall to 17-10 on the season, 1-2 to start conference.

After winning the two previous match-ups the days before, UCSB had a great opportunity to sweep the No. 16 team in the nation, however, the offense was unable to produce, allowing LBSU to pick up at least one conference win to start the season.

Credit has to be given to senior pitcher Tanner Brown (4-1) who got back on track by throwing eight shutout innings while only allowing two hits and striking out five.

The Gauchos also did not do themselves any favors by mustering only three hits, no runs during the entire length of the game.

LBSU finally broke through to take a 1-0 lead after an error by UCSB allowed junior infielder Garrett Hampson to score. It added to its lead in the seventh thanks to an RBI walk from sophomore David Banuelos.

The Gauchos tried to rally in the ninth inning as sophomore shortstop Clay Fisher hit a single that eventually led to him getting on third base, however, closer Chris Rivera recovered for the Dirtbags and picked up his league-leading 11th save of the season.

Although he picked up his third loss of the season, redshirt sophomore Joe Record (3-3) had another solid outing going 6.1 innings deep and only surrendering three hits and one earned run.

Hitting wise, Fisher, redshirt junior Andrew Calica and sophomore first baseman Austin Bush, were the only players that registered a hit for Santa Barbara on Sunday.

In Saturday’s match-up, both pitching and batting was key to the Gauchos win that clinched the series and gave them a solid start to conference play.

Led by Bush, UCSB racked three runs on eight hits, three of which came from the sophomore, and held LBSU to one run to secure a victory.

The scoring began early when Hampson hit a solo shot to give the Dirtbags a quick 1-0 lead after one inning. Freshman pitcher Noah Davis (3-0) responded by allowing only six hits the entire rest of the way.

The Gauchos tied the game in the fourth inning after sophomore second baseman J.J Muno hit an RBI single down the right field.

They took the lead in the seventh inning after junior utility Billy Fredrick hit a sac fly to left field which allowed redshirt freshman catcher Rowan Thomas to score.

Muno extended the lead in the top of the final frame to take a 3-1 lead for Santa Barbara.

In the bottom half of the stretch sophomore pitcher Kyle Nelson continued his brilliant start to the season allowing no hits or runs and securing his fourth save of the season.

Davis also pitched another solid outing which prevailed him to keeping his perfect start to the season. The freshman picked up his third win after going eight innings, allowing seven hits and one earned run while striking out five batters.

Before Saturday’s game, the Gauchos picked up some great momentum after winning its Big West opener thanks to great hitting.

Santa Barbara responded quickly with two runs of its own in the top of the second frame as Bush hit a solo shot homer and sophomore Josh Adams was able to score on a wild pitch.

Both starting pitchers settled down and took control of the plate again as the score was 2-2 until the top of the fifth when the Gauchos took the lead for the first time after Calica hit a solo shot home-run to make the score 3-2.

The Dirtbags were able to respond in the seventh inning as they tied up the game at three apiece when Hampson hit a one-shot homer. Beiber was relieved by Nelson after the homer.

Santa Barbara took the lead once again immediately in the top of the next frame as it again scored on a wild pitch.

Nelson then took the game into his hand as he retired the four of the final five batters picking up his then third save of the season.

Although there were moments of sluggish batting/pitching, UCSB managed to put together another excellent weekend, the first of conference play, and start the Big West season the right way.

The Gauchos were also able to show that they are capable of winning road games against tough opponents as they were able to take a series from the No. 16 team in the nation.

Now as it takes a week off from conference play coming up, it will be interesting to see if Santa Barbara can stay grounded and stay focused.

UCSB’s next match is Friday, April 8 against College of Charleston at C of C Baseball Stadium at Patriot’s Point at 3 p.m.