The Daily Nexus
Tennis
No. 49 UCSB Kicksoff Conference Schedule at Home
April 1, 2016 at 5:03 am by Daniel Moebus-Bowles

After rising through the national rankings, the now-No. 49 UCSB Men’s tennis team will prepare to open up Big West Conference play this weekend after going 10-6 in non-conference matches to start the dual match season.

This Friday, the Gauchos will face their first conference opponent in visiting Hawaii on Friday and will welcome UC Irvine on Sunday afternoon. 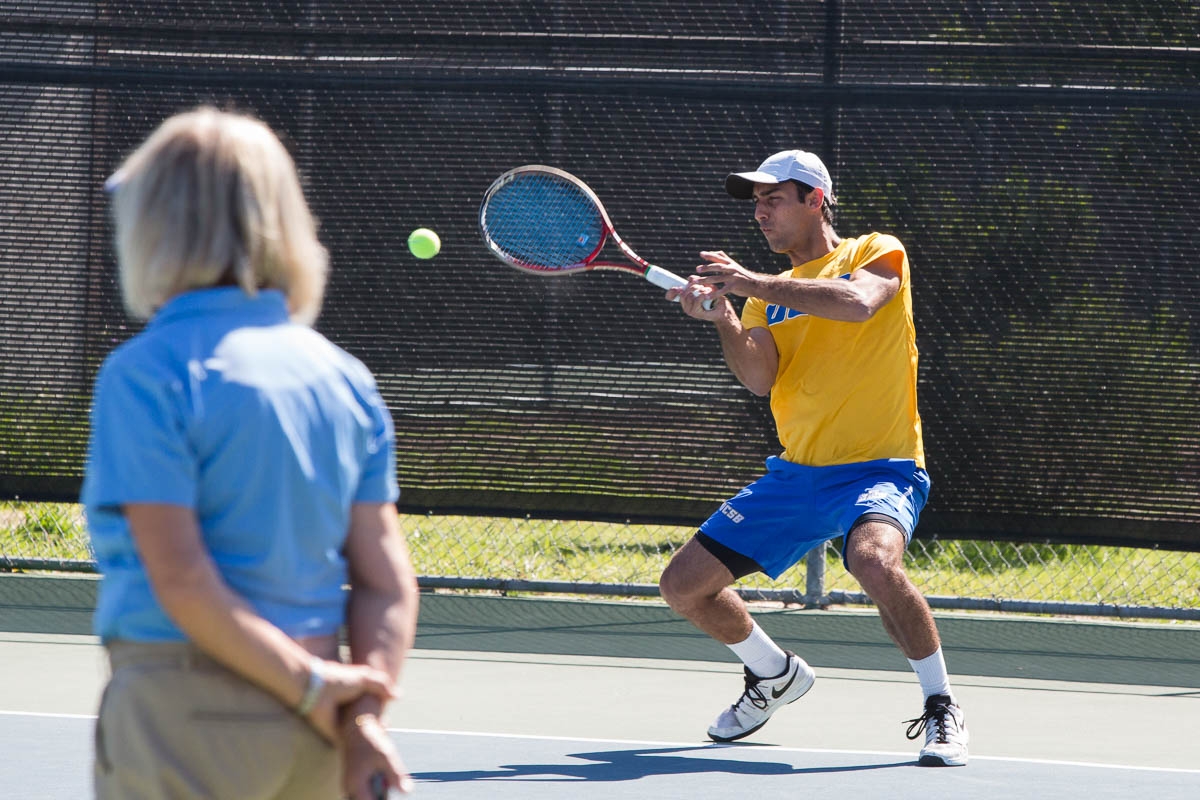 “These matches will be a great indicator of how we compare to the other teams that we will see at the Big West Tournament,” senior Nathan Eshmade said. “The way we have been going so far, we will be ready if we keep training hard and putting in the effort on and off the court.”

The Gauchos will enter this weekend boasting a 4-2 home record having played six of their last seven matches in Santa Barbara.

The Hawaii Rainbow Warriors will come to California having not registered a win on the road at 0-4 and are 1-11 overall, 0-3 in the conference. They will attempt to end an 11 match skid in dual match play this Friday. Irvine owns a 2-3 record on the road, but will be the real challenge for the Gauchos as it holds a 13-5 overall record and is already 2-0 in Big West matches.

Although the Anteaters are no longer nationally ranked, they have beaten ranked teams this season such as No. 50 Old Dominion. The Anteaters downed the Monarchs quickly by a score of 4-0 back in late January.

Following its one-sided victory, UCI fell to a couple of tough ranked opponents, but has since bounced back and now ride a seven-match win streak.

Much of Irvine’s late success has been in part to its number one singles player, sophomore Sebastian Heim, who is the highest ranked singles player in the Big West Conference at No. 78.

Heim is 10-2 overall in dual match play and is 1-1 against other ranked players having played all 12 matches on court one for his team. The sophomore has taken all but one of his wins in straight set sweeps and ranked as high as No. 55 just a few weeks ago. He will likely match up with Eshmade in Sunday’s match.

Nonetheless, the Gauchos’ recent return to the national standings of No. 49 in the nation is the best in the Big West. The team also sports the highest ranked doubles team in the conference as Eshmade and his partner Miles Seemann currently stand at No. 34

The duo has won eight of its last nine finishes and will look to give Santa Barbara an early jump in this weekend’s matches.

“The consistent work ethic, listening to the coaching staff, supporting each other and everyone doing their part for the team will ultimately give us the best chance to take out the Big West,” Eshmade explained. “Last year, we had a great support group and an incredible amount of team chemistry. This year it is even better, so I’m excited to see what unfolds.”

The Gauchos will start their match on Friday at 10 a.m. with Hawaii and at 2 p.m. on Sunday with UC Irvine. Both matches are set to be held at UCSB’s Rec Cen Courts.

A version of this article appeared on page 10 of April 1, 2016’s print edition of the Daily Nexus.