The Daily Nexus
Sports
UCSB Faces Off Against a Familiar Foe
March 24, 2016 at 1:01 pm by Jorge Mercado

The UCSB baseball team will look to keep extending its winning streak as it faces USC in a three-game series this weekend. The first two games will be at home for Santa Barbara but the final game will be played Saturday at USC. 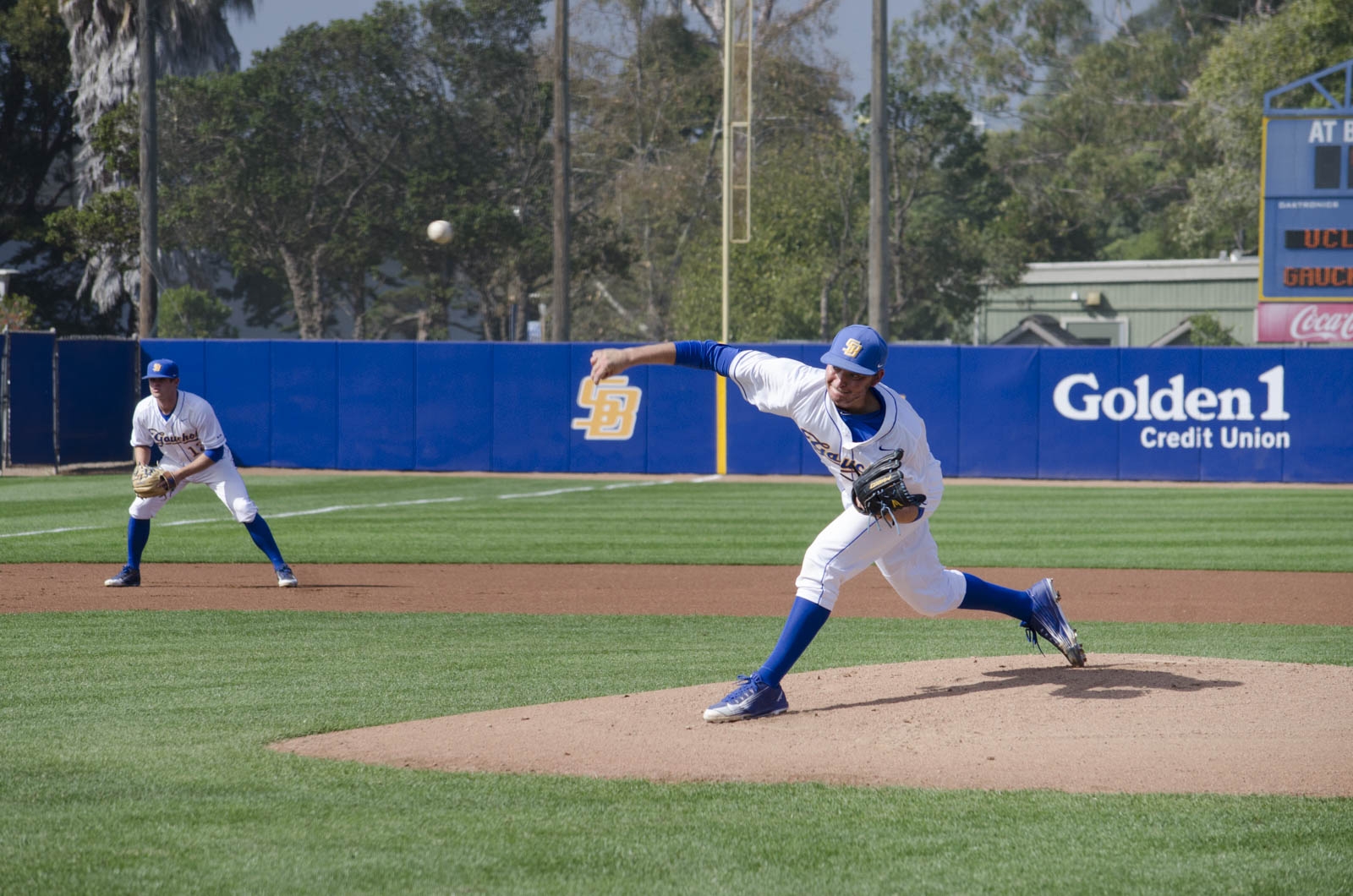 The Gauchos head into this series with a 16-3 overall record, and having won its last seven games. It’s most recent victory was against CSUB by a final score of 10-4.

UCSB is also starting to gain more and more national attention as it is ranked 17th in the Collegiate Baseball Top 30 poll, 24th in the Baseball America Top 25, and 22 in the USA Today Coaches Poll.

The Trojans come into the match-up with a 10-9 overall record but have shown improvement winning their last three games.

This series of games will be the first played by these two teams since 1998, however, these two teams are no strangers. Last season, Santa Barbara beat USC twice in the regular season but ultimately, the Trojans were the team that knocked the Gauchos out of the Lake Elsinore Regionals.

Remembering this, UCSB will be motivated to play USC regardless of its slow start to the season. And again it would be smart not to underestimate this team as it does have solid pieces.

As a team the Trojans are batting a solid .303 from the plate, good enough for fourth in their respective conference. They are also tied for first in home runs as they have hit 15 out of the park this year.

Pitching wise, the Trojans have struggled boasting a team ERA of 4.26 which ranks seventh in their conference. Pitching for USC Thursday will be right-hander Kyle Davis.

The senior has struggled a bit this season allowing 36 hits and 17 runs in 35 innings pitched. Davis comes into the Thursday match-up with an overall record of 2-3 on the season as well as a less than stellar 4.37 ERA.

In order to defeat the opponents that knocked them off last year, the Gauchos will need to continue its hot hitting from Tuesday.

The best thing about UCSB this season is that everyone on its team can go off at any moment and have a spectacular hitting day. This was the case on Tuesday’s game as redshirt junior Devon Gradford had a great game batting 3-4 (.750) and four RBI.

Pitching for the Gauchos on Tuesday will most likely be right-hander Shane Bieber. The junior has pitched 33 innings this season, most on the team, posting a solid 3.55 ERA and striking out 27 batters leading to his solid 3-1 record.

Bieber is hot coming into this game as in the last two games he has allowed only one run in 13 innings while also striking out 13 batters.

This series will be important for the Gauchos. Not only will it be a chance to get some payback for last season, but it would also keep the momentum high.

UCSB is off to one of the best starts in school history and has shocked many people with its great play. It must stay on track and continue to garner the national attention it deserves so far this season.

The Gauchos next series is against USC which begins Thursday, March 24 at Caesar Uyesaka Stadium at 3 p.m. Friday’s game will be at the same time and place as Thursday, however, Saturday’s match will be at USC’s home turf, Dedeaux Field, at 2 p.m.