Two Santa Barbara City College (SBCC) students residing in Isla Vista were arrested Monday on suspicion of being tied to a string of residential burglaries during the weekend.

At 12:45 a.m. on Monday, Santa Barbara Sheriff’s Office (SBSO) received a report of a burglary on the 6700 block of Abrego Rd. The victims reported that two suspects allegedly took an “expensive” camera and fled the residence. At approximately 1:30 a.m., SBSO received a report of suspects who were checking for unlocked cars on the intersection of Abrego Rd. and Camino Del Sur. After arriving on the scene, SBSO apprehended the first suspect, Christian Gallo-Delgado, 20, who had initially fled on foot. Suspect James McKee, 22, was arrested a short time later at the suspects’ shared residence on the 6600 block of Picasso Rd. 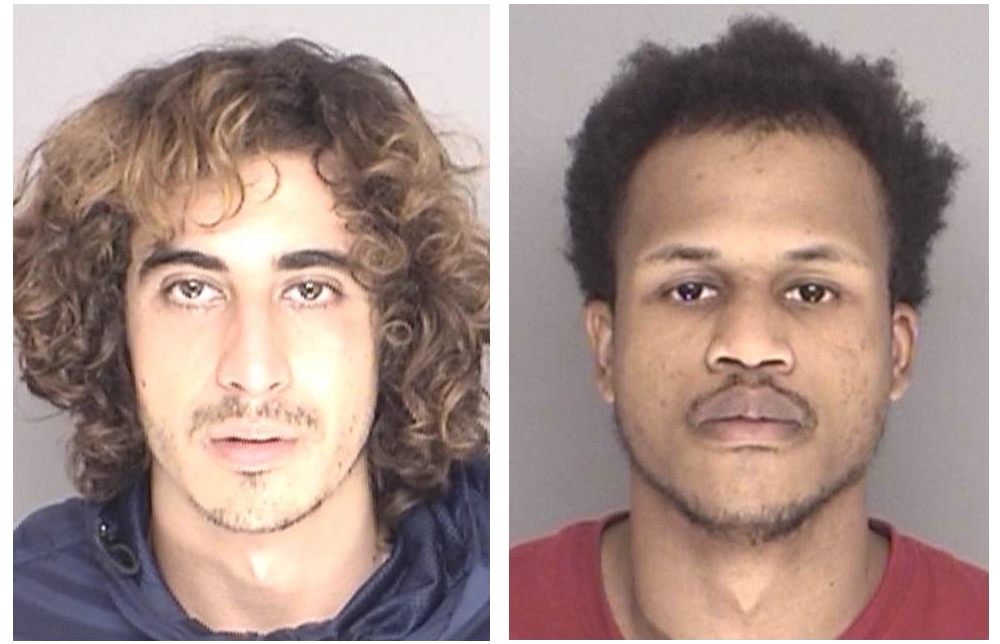 Santa Barbara Sheriff’s Office (SBSO) deputies and officers served a search warrant at the residence and discovered the camera reported stolen the previous night, a flat screen television, designer purses and other electronics, according to SBSO.

Kelly Hoover, public information officer for SBSO, said some of the objects found at the residence were reported stolen during two additional burglary incidents on Sunday night, and may have been connected to other residential burglaries over the weekend.

Gallo-Delgado was booked in the Santa Barbara County Jail on two counts of first degree burglary and McKee was booked on charges of stolen property, destruction of evidence for throwing stolen property into a trash can and being an accessory to a crime, according to Hoover. Both suspects are currently being held in custody at the Santa Barbara County Jail.

That guy has a dog im sure. That is so stupid. I feel bad for that bros german shepherd.
FUCKED UP

Yeah James didnt do anything. Other than…
1 stealing a camera and then fleeing
2 trying car doors to rob the cars and then fleeing again
3 being in possession of stolen property.

I’m pretty sure I know this guy… Is he been doing this for a while?

Shocking. This is why I detest SBCC students living in IV with us.