After back-to-back 4-1 finishes in its last two tournaments, the UCSB softball team experienced a minor setback with its latest performance in the Louisville Slugger Invitational this past weekend.

The team went 1-2 in the tournament, putting the Gauchos at a 13-10 overall record. Although UCSB had a strong start with an 8-4 victory over Utah Valley, it couldn’t sustain its momentum, experiencing losses to both Iowa and Mississippi State. 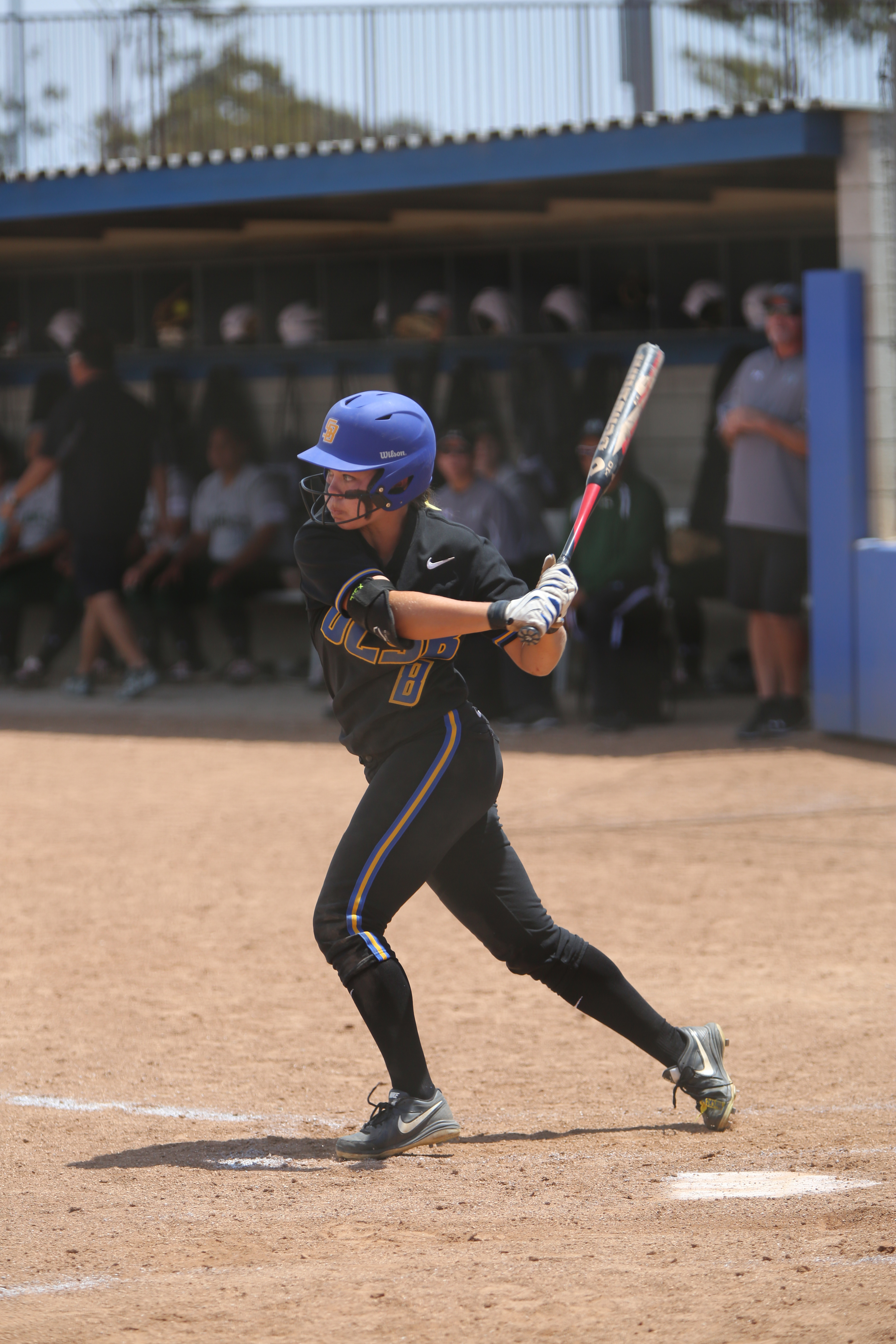 In Friday’s game, the Gauchos got off to a great batting start against Utah Valley, scoring all of its eight runs in the first four innings.

Freshman infielder Sierra Altmeyer sparked the rally in the first inning with a two out double to center field, helping bring in sophomore outfielder Jessica Johnston from first for a score. In the third inning, Altmeyer doubled again to score Johnston, who had singled and stole second. Altmeyer went 2-2 on the day at the plate and finished with two doubles, two RBI’s and was walked twice.

The Gauchos scored three more runs in the fourth without a single hit, as junior outfielder Kristen Clark and senior infielder Arianna Palomares both scored on bases loaded walks by Utah Valley pitchers.

Gaucho freshman pitcher Veronika Gulvin pitched well through three innings, holding the Wolverines without a hit.  However, in the fourth, things began to unravel for UCSB as Utah Valley scored three runs on three hits.

The string of hits and scores led to Santa Barbara sending pitcher Lena Mayer on the mound in exchange for Gulvin. Towards the game’s ending, Ashley Ludlow closed out the game with four strikeouts in 1.2 inning of relief to pick up her fourth win of the season.

Despite its win the previous day, UCSB’s play declined in its matchup on Saturday as it was unable to score a single run off of Iowa State, losing 2-0.

The Gauchos had only four hits in the game, all from Clark. Although its offense lacked of its usual production, UCSB ended Saturday’s loss with a solid pitching performance as Gulvin and freshman pitcher Ashley Wright combined for just two unearned runs on five hits.

Santa Barbara came close to scoring in the first inning when Clark hit an infield single, eventually advancing to second on a sacrifice bunt by Palomares. However, that’s as far as the Cyclones would let her go as she couldn’t find her way to third.

In the following game, the Gauchos lost to Mississippi State 5-2. The only two runs the Gauchos could score occurred during a rally in the third inning, in which consecutive singles and a sacrifice bunt put junior outfielder Stacy Cavazos and Clark into scoring position. A double into center field hit by Altmeyer brought both runners home.

In attempt to bounce back from their loss earlier in the day, it looked hopeful for the Gauchos leading 2-1 in the third inning. But, that would be UCSB’s only lead of the game as Mississippi State got to starting pitcher Ashley Ludlow with four more runs in the sixth.

Ludlow pitched a complete game while enduring her third loss of the season, giving up five runs, three of which were earned to go along with nine hits and five strikeouts.

UCSB will look to improve on its performance in this weekend’s upcoming San Diego Classic II.