The Daily Nexus
Track and Field
Gauchos Head to Riverside for Big West Showdown
March 10, 2016 at 8:32 pm by Duncan MacPhee

UCSB track and field will make the trek down to UC Riverside this Saturday for their third meet of the season, a conference double dual matchup versus the host Highlanders and the Cal Poly Mustangs. 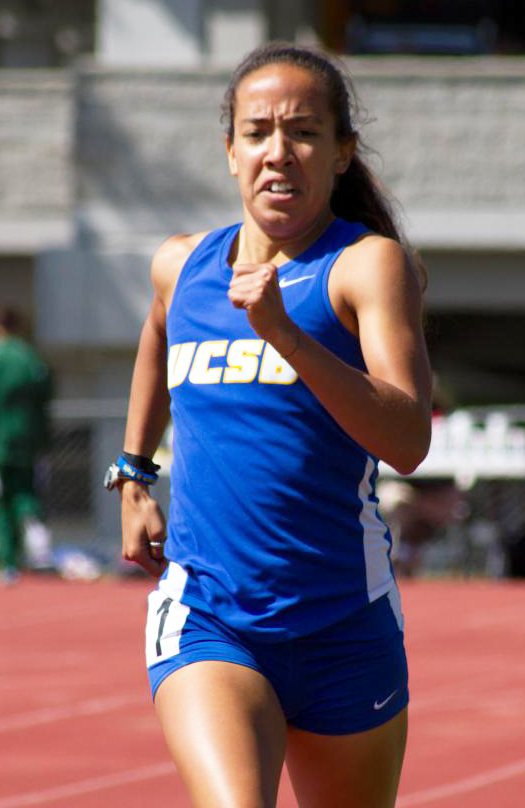 Santa Barbara is coming off of a double dual meet at UC San Diego in which it also faced a Big West opponent for the first time, the UC Irvine Anteaters. Both the men’s and women’s teams were able to defeat Irvine this past Saturday, with the women also prevailing over the host Tritons and the men narrowly settling for second place.

The Gauchos will look to continue to establish their superiority over conference opponents this Saturday as they face two more Big West schools, including longtime school rival Cal Poly.

The UCSB men’s team will try to rally behind junior George Baier this weekend, as he hopes to build off of his stellar performance in San Diego in which he earned wins in both the 3,000m steeplechase and the 800m.

The Santa Barbara women’s team will continue to put their faith in a freshman and a grad student this Saturday. Freshman Hope Bender and grad student Victoria Tsolis emerged victorious in two events each in the San Diego meet.

In the field for the women will be senior javelin thrower Melissa Rake, who owns the school record in her event as well as ten career wins.

She will be joined by Jessica Emde, a Gaucho senior who holds 18 career wins in the high jump.

Sophomore Kayla O’Brine will look to put her name on the UCSB All-Time list in the discus this Saturday, as her throw last weekend was less than a foot away from making history.

Athletes to watch this Saturday on the men’s side include senior distance runners Anthony Ortolan and Shyan Vaziri.

Vaziri holds the school record in the 1,500m as well as the number five spot on the All-Time list in the 3,000m (which he earned last weekend in San Diego).

In the field for the men, sophomore and former Big West medalist Parker Curry leads the way. The young pole vaulter had the Gauchos only field win last Saturday.

This Saturday’s meet is the most important of the Gauchos’ season thus far, featuring a matchup against two Big West competitors for the first time this year. Santa Barbara will be especially amped up for their always-spirited matchup against the rival Mustangs.

The meet will take place at the UC Riverside Track and Field Stadium.

The meet will be scored 5-3-2-1, with only two athletes per team allowed to score in each event. All the field events will feature four attempts per athlete.