The Daily Nexus
Tennis
UCSB Looking to Get Back on Track with Road Trip
March 3, 2016 at 5:05 am by Xavier Cardenas

The UCSB women’s tennis team will make its last trip to the Bay Area for an action packed weekend. It will play No. 61 Santa Clara on Friday, No. 62 San Jose State on Satuday, and will close out the weekend against Saint Mary’s on Sunday.

Coming into this week, the Gauchos remain at the.500 mark with an overall record of 5-5– 1-2 on the road, with its only losses coming from nationally ranked teams. Santa Barbara has won five of its last seven games, two of which were against Big West Conference opponents.

Most notably, the Guachos are currently are tied for first in the conference standings. 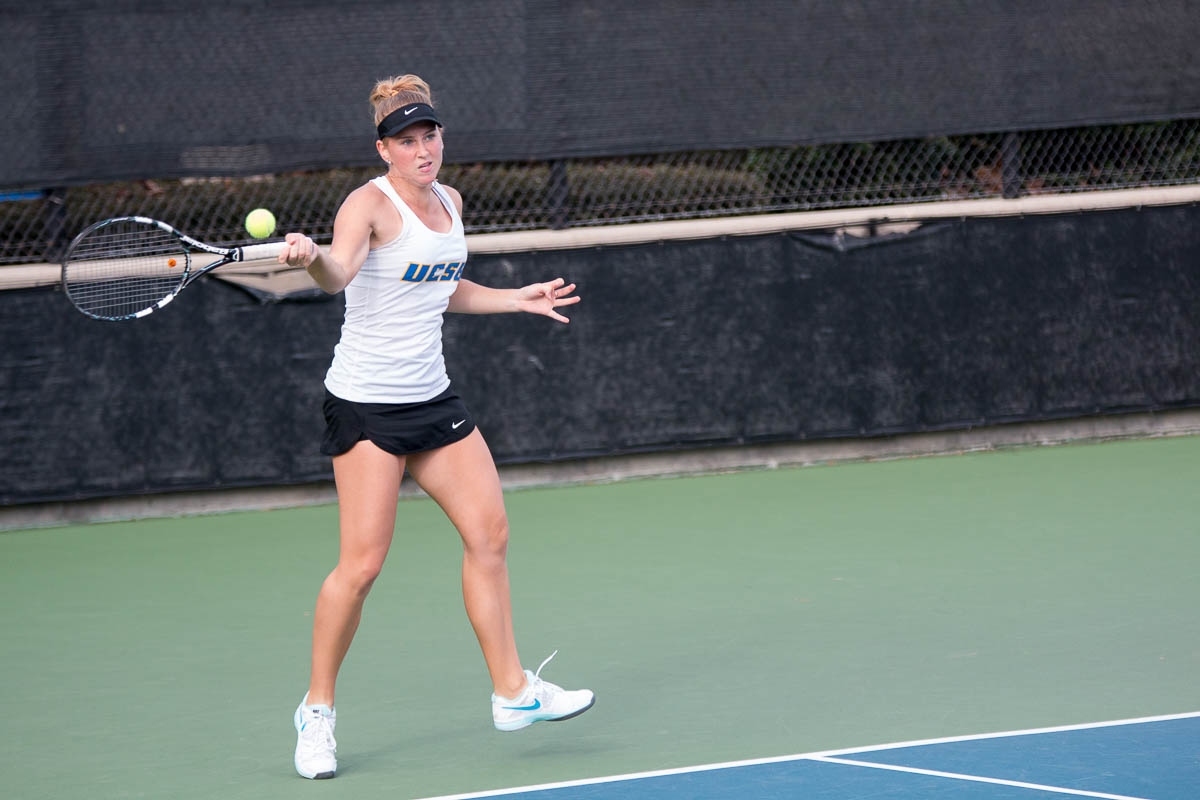 Santa Clara had struggled early on as well but are three of its last four and are currently 5-4 in the season. The Broncos are coming off a fresh win against No. 34 University of South Alabama that ended 4-2, and a big win against Cal Poly that finished 6-1. Currently Santa Clara as a cohesive unit are 22-22 in all doubles contests but are 38-44 in singles.

San Jose State on the other hand started the season strong with a record of 4-0 against local california teams but since then have won two of its last five leaving them with an overall 6-3 record. The Spartans are 0-3 against nationally ranked teams and 4-1 at home.

San Jose’s biggest stand out so far has been No. 122 in singles junior Marie Klocker. The spartan upperclassmen currently leads the team with 17 wins in singles competitions and 14 w’s as a part of double’s play as well.

Lastly, Saint Mary’s has had a tough start to the 2016 campaign as they are currently 2-7 in the season winning only one of its last five. Its last win coming from the University of Washington on the 14th of February. The Gaels are coming in on a match losing streak, having recently lost to Fresno State 1-6,

Current UCSB head coach Simon Thibodeau, former Fresno State head coach, will depend on solid tennis from all of Santa Barbara stand outs. Despite dropping from the rankings, UCSB still maintains a position at the No. 18 spot in doubles.

However, coming off a narrow loss against Oregon Duo sophomore Kennan Johnson and freshman Shweta Sangwan by a score of 7-6, Dubavets and Stojic will have another opportunity to showcase their abilities in order to maintain a top 20 ranking.

The Gauchos will first take on Santa Clara this Friday, March 4 at 2 p.m. In the following day Santa Barbara will face San Jose State Saturday March 5 at noon, and to cap off the weekend UCSB plays against St. Mary’s Sunday March 6 at 11 a.m. PST.