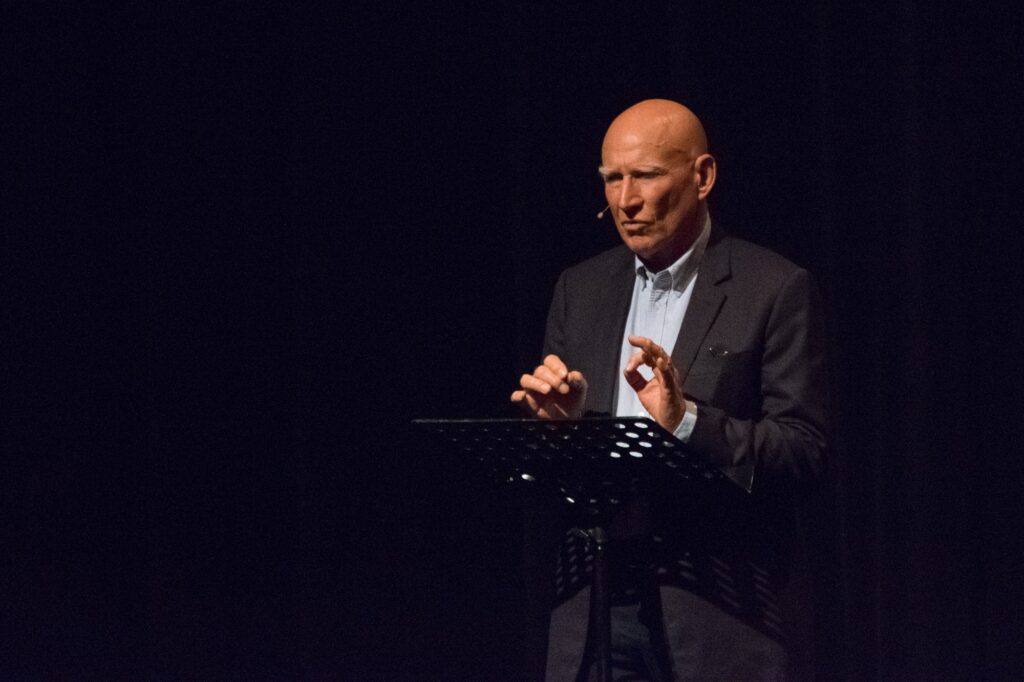 Professional photographer and UNICEF Goodwill Ambassador Sebastião Salgado and author Pico Iyer spoke Wednesday evening at the Arlington Theatre about Genesis (2013), Salgado’s most recent photographic project, along with a discussion on environmental issues.

Salgado’s photographic endeavors have taken him to over 100 countries and are documented in books such as Other Americas (1986), Migrations and Portraits (2000) and Africa (2007). At Wednesday’s event, Salgado presented photographs from Genesis that depicted vast landscapes, exotic animals and indigenous communities in the Galápagos Islands, Amazon jungle and West Papua, among other locations. Images for the Genesis project were captured over a period of eight years.

“I think, like he said, there is a social aspect and a political aspect to his work; he has a lot of ideology in him … he is not only taking photographs,” Silva said. “He has this political commentary that comes with the pictures, which I think is particularly interesting.”

Salgado said during Genesis’ creation, he learned mutual respect should exist not only between humans, but also between all things on earth.

“Each species is truly rational,” Salgado said. “Through this project, I started to respect other species: animal, vegetable, mineral.”

Salgado said he started the Genesis project at the Galápagos Islands because of its wildlife.

“I started Genesis in Galápagos because I had a wish to discover the animals,” Salgado said. “The evolution is so incredible.”

Third-year zoology major Erin Morgan said she admires Salgado’s regard for nature and his awareness of the challenges facing the environment.

“One thing that really got my attention was that Salgado talked about going to ‘meet the trees,’ which I thought shows that extra level of respect and recognition for nature and makes you realize that you are part of something that’s so much bigger than just being human,” Morgan said.

Salgado said his work explores the ideas of shared responsibility in caring for the planet.

“We have the tools to protect the planet … we are responsible for everything in our society,” Salgado said. “We destroy our forests, we destroy everything, we don’t care about our planet; we need to respect every life.”

Ph.D. candidate in computer science Sourav Medya said Salgado’s willingness to express his personal opinions is commendable and visible in his work.

“He cares a lot about the planet, so whatever he shows in his photography is something intuitive based on this idea,” Medya said.

Salgado described his ability to visit the globe’s most isolated locations as his “biggest gift” because he “became” the nature he experienced.

“In this moment, I became a stone, I became the snow, I became the mountain … I was the planet,” Salgado said. “I made a lot of trips, but the biggest was inside myself.”

Third-year global studies major Yana Williams said she appreciated Salgado’s idea that people must accept responsibility for the unintended consequences their actions have on the planet.

“I was really inspired when Salgado talked about how people like to point fingers when they’re talking about environmental issues,” Williams said. “We’re all involved in these issues … they affect us, just like they affect the people living in the places that are being torn down. We should all take an active part in this effort.”

Salgado concluded his talk by saying photography should be used to call attention to issues facing society.