The Daily Nexus
Sports Blogs
NBA: Where Chef Curry Happens
March 3, 2016 at 5:10 am by Jorge Mercado

It’s amazing, really; four years ago, Golden State fans and faculty feared that Steph Curry and his bad ankles would never fully heal. Even those few optimists who believed he one day would be healthy could have never predicted he could be this good. 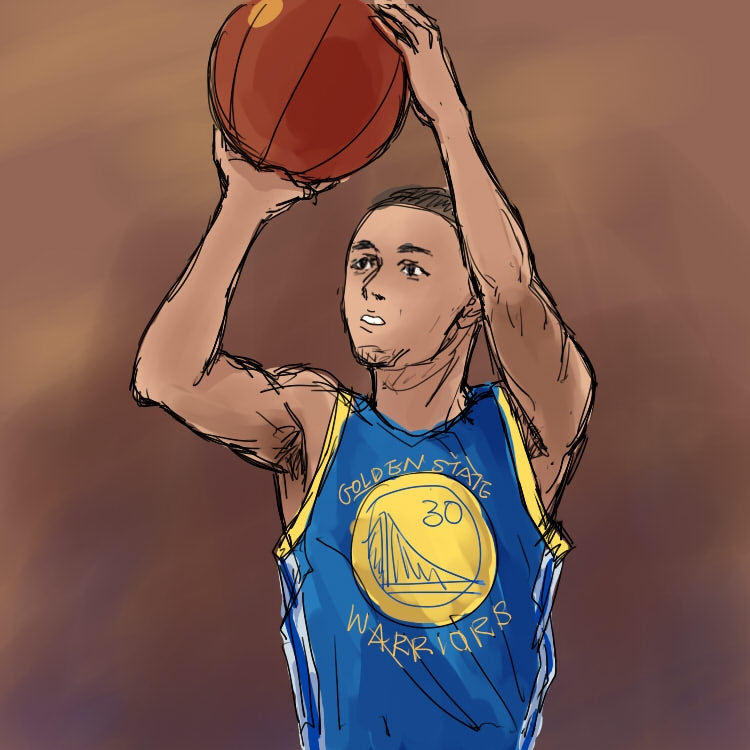 I am going to be blunt: Steph Curry is absolutely amazing. Yes, I am about to go more in depth and prove that with a bunch of different statistics, facts and this and that; but, man, do I really need to?

I think by now we all know he is by far the best player in the NBA — sorry, LeBron, but your time is up — and is having the best NBA season of all time. Now, before all the Jordan lovers crucify me, hear me out.

Curry is on pace to become only the eighth player in NBA history to average 30-plus points per game, six-plus assists per game and five-plus rebounds per game. Steph has also already beaten his old NBA record of three-pointers made in a season with 288 with still over a month left in the regular season.

Based on the amount of three-pointers he’s made through the first 58 games, Curry would finish this season with about 400 three-pointers, about a 40 percent increase over his record-setting performance from last season.

To shed some perspective to fans outside of the basketball community, that would be as though if the current NFL record of 55 touchdown passes suddenly shot up to 77. Or in baseball, the home run record, which is currently at 77, suddenly shot up to over 100 — 102 to be exact — home runs in a season which would be incredible.

When thinking of Curry’s season in that light, how could someone not believe that this season has been absolutely amazing?

Normally, that stat alone would be enough, but it doesn’t even tell half the story because it’s not just the fact that Curry is making threes, it’s about where he is making it from.

From 28-40 feet, Curry has made 36 three-pointers, tripling the amount of the next player on the list while shooting an astonishing 68 percent.

To shed more light on how amazing that statistic is, a player would have to be shooting almost 95 percent from inside the three-point line to be as efficient as Curry is from 28-40 feet. The highest shooting percentage someone has ever posted inside the arch is Wilt Chamberlin’s 72 percent.

Steph has also broken the record for consecutive games with at least one three-pointer made with 128, beating Kyle Korver’s former record of 127. And although Korver is one of the best three-point shooters in the history of the league, his streak was mostly extended by games with one, two or three makes, while more than half of Curry’s games involve at least four triples.

Now even if we move the conversation to advanced analytics, Curry would still be dominating the attention. This season, Steph’s 32.96 player efficiency rating (P.E.R.), a formula used to rate every player’s statistical performance, would be the best in NBA history if the season ended today.

Another thing to keep in mind is that Curry isn’t exactly playing every minute of the game.

In fact, most nights when the Warriors are blowing out a team, Curry will sit and miss out on precious minutes that could further enhance his stats.

Currently, No. 30 for Golden State averages, 33.9 minutes per game, 33rd most in the league, yet he still leads the league in points per game with 30.7 and is tied for first among guards for best field goal percentage with .515.

Using the advanced analytic per-minute statistics — a formula used to determine the quality of minutes played by a single player — Curry is even more dangerous.

For points per 48 minutes, the advanced metric determines that Curry would be averaging 43.5 points per game. The next closest on the list would be Demarcus Cousins with 38 PPG, almost a six-point difference.

Now people will always talk down Curry by bringing up the G.O.A.T., Michael Jordan, which is fair; I mean he is Michael Jordan. However, in this particular case it doesn’t fit the narrative. In terms of just one season, Curry has been lights-out; even better than Jordan.

For example, Curry’s OBPM, offensive-box plus minus, is currently at 13.2 which is more than Jordan’s record of 9.8. This 3.4-point gap between the two stars is equivalent to Jordan and the 71st-best player on that list.

There is also no doubt that Curry has been an absolute catalyst for his team. Currently, the Warriors are 54-5 overall — the best start through 59 games in NBA history — and Curry and his deadly shooting have played a big part in that.

Without Curry, the Warriors wouldn’t have the great chance they have to break the all-time NBA record of best regular season record which is currently at 72-10 by Jordan’s ’96 Chicago Bulls. It would be only fitting that the team with the best record in NBA history would be led by the player who had the best season in NBA history.

But honestly, stats are nothing compared to witnessing the man in action. If you want to witness history, then turn on your TV and put on a Warriors game; it doesn’t matter who it’s against. Then sit down and watch Curry pull up from ridiculous spots on the court and drain them as announcers and fans look in awe.

I can give you all the stats in the world, but it’s nothing compared to watching Curry devastate the Thunder and their fans by pulling up from 32 feet and draining the shot as if it was nothing to him.
Some old-school fans and analysts (and the occasional haters) will try to say that if Curry was in another era, this wouldn’t be happening. To those people I say, “Who cares?” Time is progressive, it goes forward not back, so there is no point in playing hypotheticals.

All we can do is witness history as it happens, and I guarantee what Curry is doing might not happen again for a long time. The game isn’t what it was in the ’70s, the ’80s, the ’90s or even the 2000s. It has evolved into a different game and the person who is leading that change is Stephen Curry.

I’m not saying Curry is better than Jordan. I’m not saying he will ever be better than the G.O.A.T. He might, but that’s not my point. My point is that, right now, Curry is having possibly the best season ever, and we should appreciate every moment the baby-faced assassin gives us.

A version of this article appeared on page 14 of March 3, 2016’s print edition of the Daily Nexus.